'Where are these children gonna go?' | Daycares not included in Kentucky's first re-opening phase

Daycare owners are frustrated with the delay and are concerned about how parents who are returning to work will find care for their children. 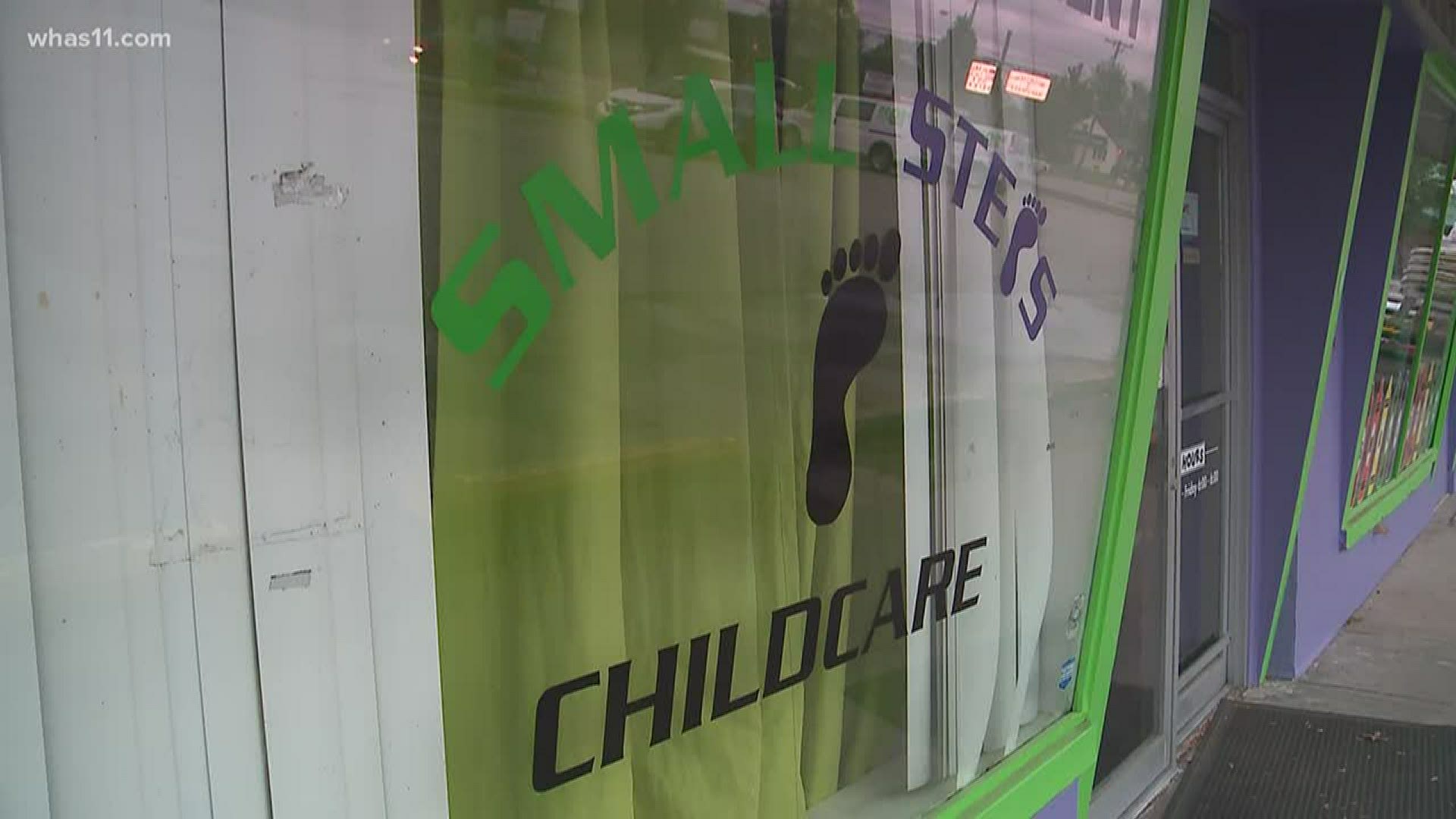 LOUISVILLE, Ky. — Daycares in Kentucky got a clear message Thursday from Gov. Andy Beshear. He said they wouldn't be opening anytime soon, because it isn't something he could do at this point.

Over the next month, all kinds of businesses will start to re-open, sending employees back to work. But the governor revealed earlier this week that daycares will not be included in phase one of the re-opening process.

RELATED: Phase 1: Here's when you can get your dog groomed and when other businesses could open in Kentucky

"How can anybody be pulled off unemployment, expected to go back to work, with no childcare? Where are these children gonna go?" Kim Quire said.

Quire, the owner of Small Steps Childcare on Fegenbubsh Lane, fears the reality families will have to face without childcare centers opening in phase one.

"Some of them cannot juggle trying to either stay at home with their little toddlers and work from home or even have the capability of taking their children elsewhere to another family member," she said. "Other children are going to be watching children. This is not good."

The owner of Wright Steps Academy in Jeffersontown, Elisha Wright, questions why the daycare centers haven't been considered essential businesses. She said it is frustrating for daycare owners not to be included in the first phase of re-opening.

Both daycare owners said the announcement didn't come as a shock, and they do understand why the governor isn't including them in phase one.

"When it comes to social distancing for the children, that's hard," Wright said.

RELATED: ‘It really took her down.’ | COVID-19 hits home for Louisville pediatrician, mother

Both Quire and Wright said parents from their centers have been contacting them to find out what they should do during the next month, when they have to return to work.

"They're pretty frustrated with it. They weren't in the beginning, they understood. But now that things are opening back up, they just have concerns where this is going to lead, how this is going to work for them," Quire said.

Gov. Beshear Thursday discussed childcare again, and laid out exactly why he didn't include daycares, using the example of a four-person family.

He said with families going to both work and sending their children to childcare, everyone's contacts significantly increase, from a family of four at home to over 1,000 contacts.

"We've got to figure out this challenge to make sure we don't take our contacts and immediately grow them exponentially," he said.

"I understand that completely but then I also have to look at it from our standpoint," Wright said.

Wright said childcare centers, no matter when they re-open, will have challenges, like maintaining social distancing among kids.

"It's almost impossible to do six feet though. There's no way," she said. "And you can't say that they can only open to 50% because then who do they choose that can come and who cant?"

"I really hope the governor is not going to requests these children to have masks on," Quire said. "They're going to be touching their face all the time and that's not what we're wanting."

Both owners have already taken steps to make health safety changes, ahead of their ability to re-open. They have plans to pick up children outside, not allowing parents into the building, taking temperature checks of kids, and not allowing items like backpacks or toys to transfer between homes and the daycare each day. Quire and Wright said kids already practice frequent hand-washing and respect for personal space.

"It's going to be trial and error for everyone," Wright said. "We're getting prepared for it. We're ready for it."

From a business standpoint, both owners say they're doing okay, with things like rent assistance and federal aid. But the longer they're closed, other fears grow.

"When we open, I'm not sure how many children I'll be coming back to. I've lost some children. Parents are scared so they've pulled them," Quire said. "I just don't know, it's very scary."

It's not clear yet if childcare centers will even be allowed to open in phase two. The governor has said that will be evaluated as Kentucky goes through phase one.

"I'm thinking that we will open in phase 2 but it's going to be the end of phase 2," Quire said.

"I hope and pray that phase two, we're in it. I really do," Wright added.