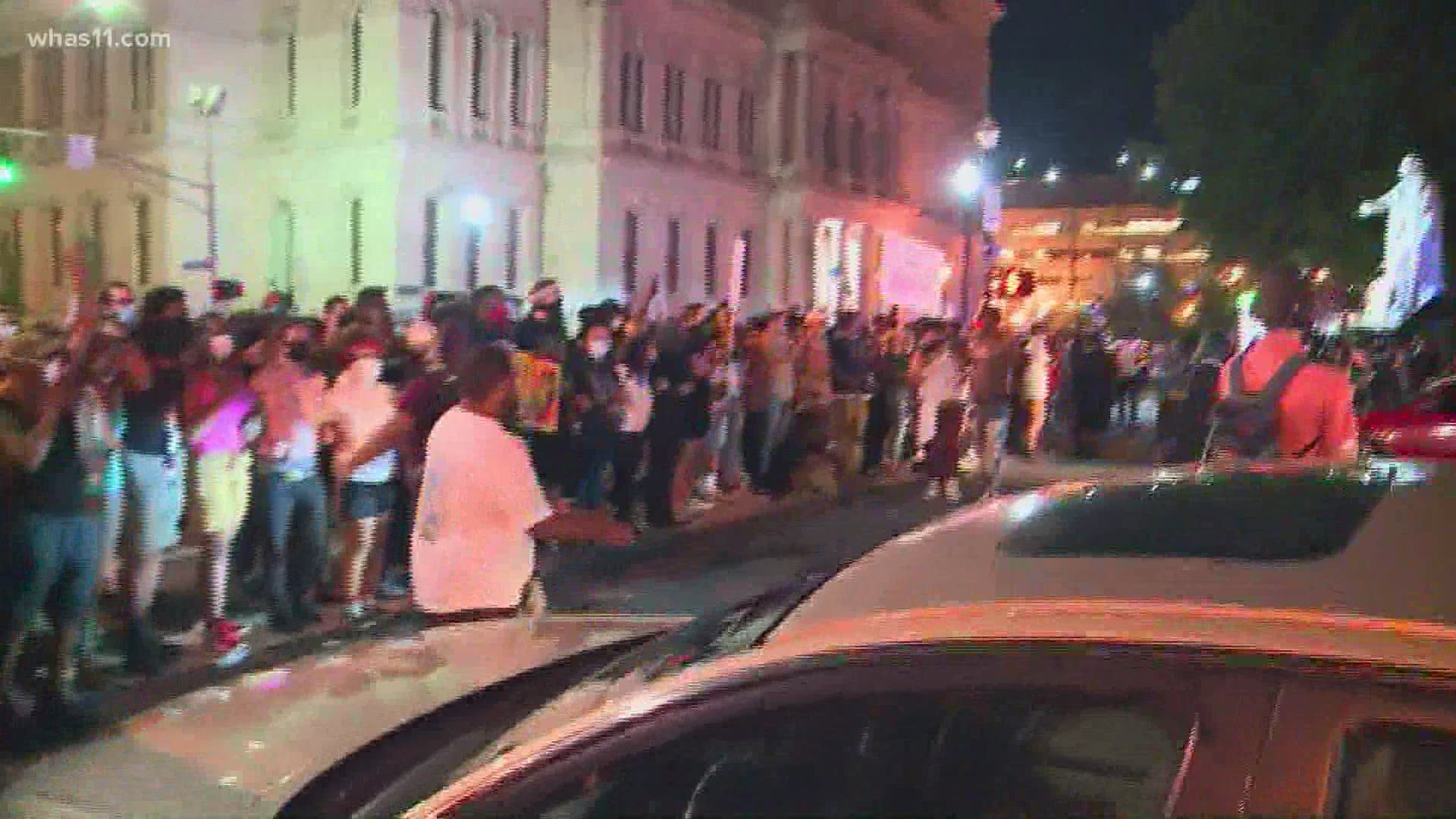 LOUISVILLE, Ky. — Monday, during an afternoon media briefing, Louisville Mayor Greg Fischer announced he was extending his executive order for a dusk-to-dawn curfew in the city of Louisville. The previous curfew expired at 6:30 a.m. Monday.

During the curfew, everyone is instructed to remain in their homes and out of common areas during those hours. If you go out you can be cited for a curfew violation and asked to return to your home.

Protests started early Monday after news circulated of the death of a West Louisville icon. David 'Yaya' McAtee was killed after gunfire from the Louisville Metro Police Department and Kentucky National Guard members erupted. Witnesses say, 'Yaya' was trying to move his niece to safety after hearing gunshots and was caught in the crossfire.

Fischer implemented the first curfew Saturday after protests turned violent Friday night in downtown Louisville. Many buildings, were vandalized and businesses were damaged, some looted.

RELATED: Why do protests escalate into riots? Martin L. King, Jr. explained it 53 years ago