Focus turns to cleanup after three nights of protests

Both city and community groups came out Sunday morning to clean up garbage, glass, and graffiti. 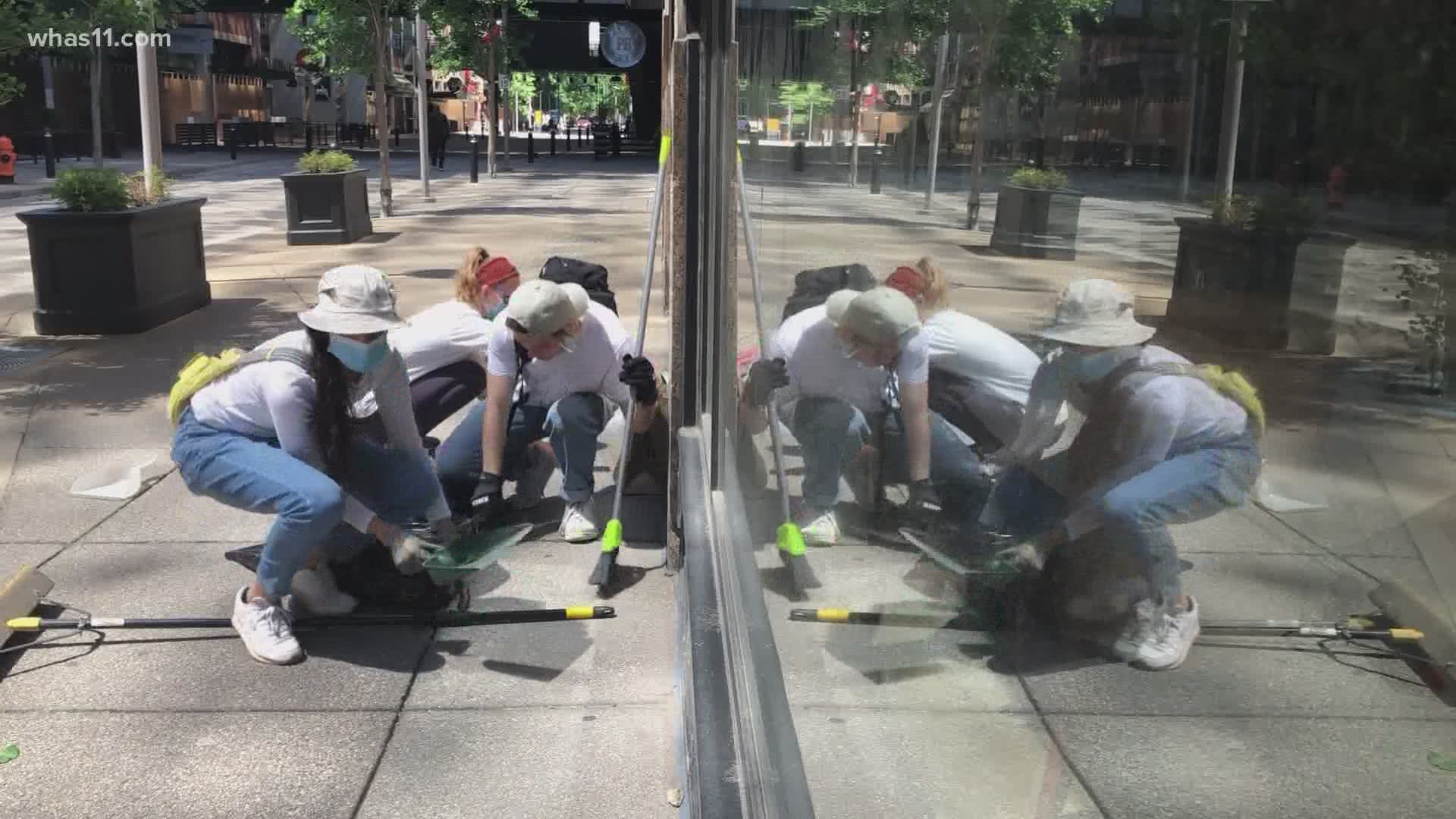 LOUISVILLE, Ky. — Protesters filled the streets Saturday night for the third night in a row.

The focus now turns to cleaning up the city.

Early Sunday morning crews were out in downtown Louisville working to clean up glass and garbage, and remove graffiti from walls quickly and efficiently.

“A big part of the cleanup has been completed already so it’s important that people see that we have an orderly city and that’s how we’re trying to manage this whole thing and part of that is being a clean city,” Mayor Greg Fischer said.

The Public Works Department, Parks Department and Facilities Department have been working every morning. Other groups have also popped up throughout the city, just wanting to help out.

“Both yesterday and today we have had the most terrific group of citizen volunteers,” Louisville Downtown Partnership Executive Director Rebecca Matheny said.

Volunteers with the LDP brought brooms and garbage bags on Sunday morning to do their part to bring the city back to normal.

Volunteers also came out Saturday morning to do the same.

“There was a lot of disruption and destruction of the planter boxes and the things we really use to do beautification downtown, which was really disappointing,” Matheny said.

Matheny says this weekend is just the beginning, and they will keep working until Louisville is back to the city we know and love.

“It’s been so incredibly rewarding but I’m not surprised [to see so many people helping], I’m a native Louisvillian and this is what we do,” Matheny said.