JCPS confirmed Matthew Kaufmann is an employee, saying the district 'supports the right of our employees to peacefully protest.' 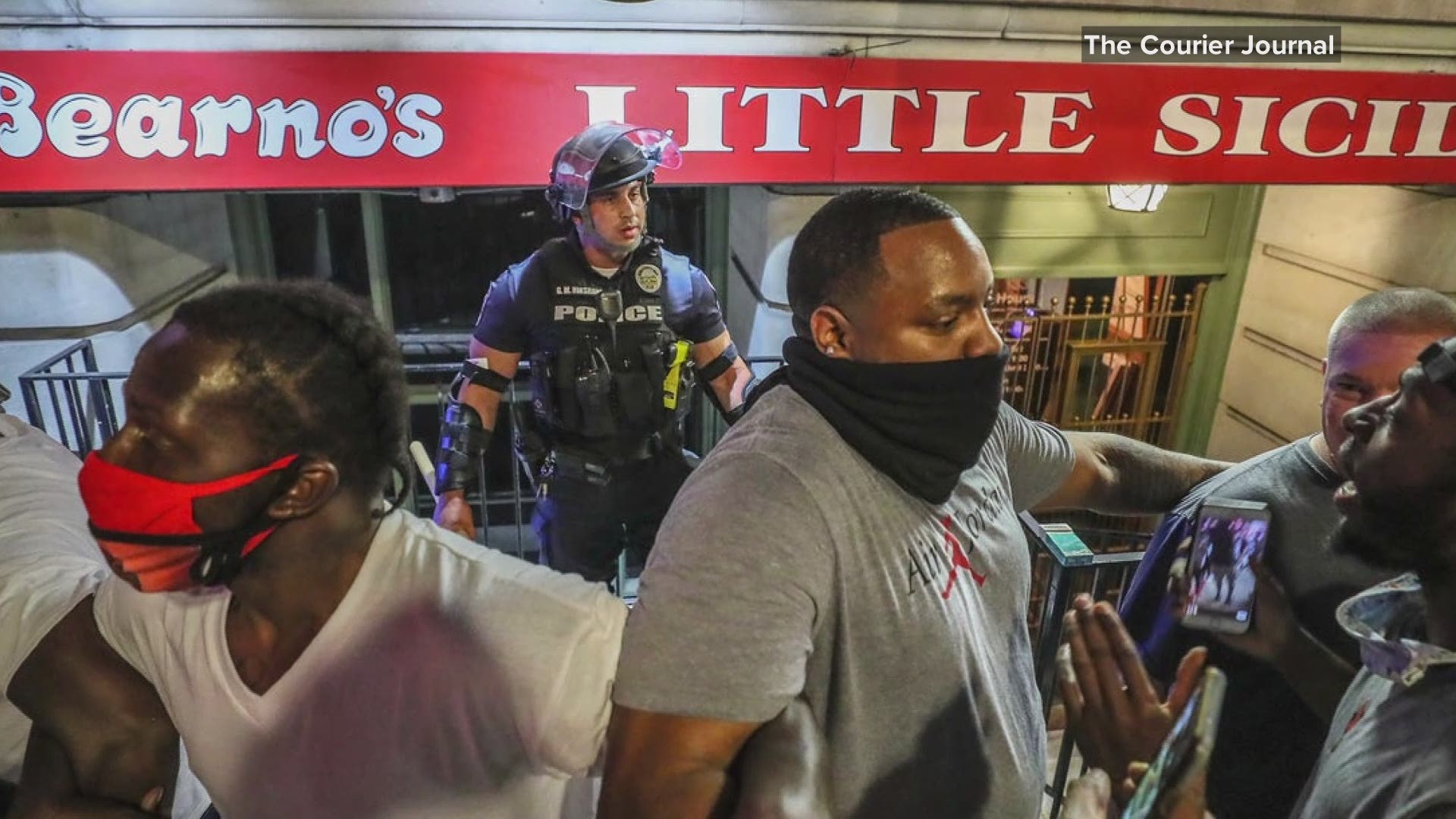 LOUISVILLE, Ky. — Marion C. Moore School teacher and 2020 Kentucky High School Teacher of the Year Matthew Kaufmann was arrested on an unspecific misdemeanor charge while participating in a protest over the Breonna Taylor case Sunday.

JCPS confirmed Kaufmann is an employee and said the district "supports the right of our employees to peacefully protest."

Kaufmann was named the state's high school teacher of the year in May 2020. He was selected based on several phases of classroom visits and interviews, as well as information on his philosophy, teaching experience, and involvement in the community.

"Kentucky's 2020 High School Teacher of the Year was arrested protesting for his students," Craig said. "Sadly @louisvillemayor and @LMPD took what little respect might have been left for law enforcement in Louisville and completely shredded it this weekend."

A University of Louisville men’s basketball staff member was also among the dozens arrested during Saturday’s protests.

“Earlier this morning Kahil and I spoke and I was made aware of his booking," Mack said. "I stand by my statement I made later in the morning and I stand by Kahil. When he feels the time is right he will comment.“