Why do protests escalate into riots? Martin L. King, Jr. explained it 53 years ago

"In the final analysis, the riot is the language of the unheard. What is it that America has failed to hear?" - Dr. Martin Luther King Jr., 1967 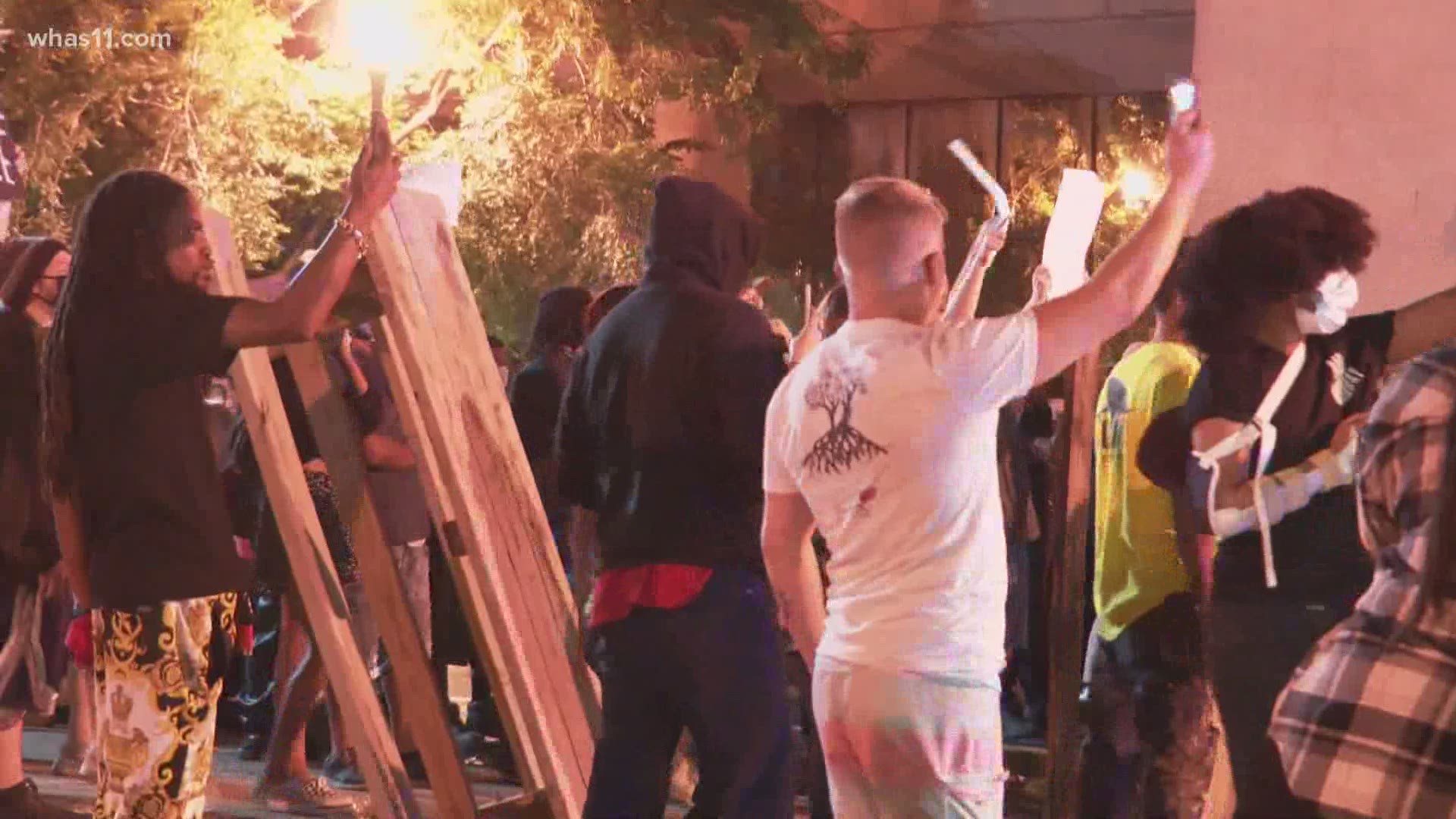 LOUISVILLE, Ky. — After seeing what happened in Minneapolis and violence that transpired Thursday night in Louisville, many people are asking why did something peaceful turn violent?

To understand why peaceful protests, like the one for Breonna Taylor, can escalate into violence or riots we must look at the past.

In his speech, "The Other America," from 1953, King said the following:

"I think America must see that riots do not develop out of thin air. In the final analysis, the riot is the language of the unheard. What is it that America has failed to hear?," King questions. "In a sense, our nation's summers of riots are caused by our winter’s delay. And as long as America postpones justice, we stand in the position of having these occurrences of riots and violence over and over again. Social justice and progress are the absolute guarantors of riot prevention.”

Now that the world is listening, the message from doctor king - who taught us all to dream, still speaks.

“In the final analysis, a riot is the language of the unheard. And what is it that America has failed to hear?” pic.twitter.com/Als3jhxaGH

People are outraged over the death of George Floyd - an unarmed black man - who died while in Minneapolis police custody. Four officers involved in the case have been fired. Protesters across the nation are pushing for the officers involved to be charged and prosecuted.

People are outraged over the death of Breonna Taylor who was shot and killed multiple times by officers with Louisville Metro Police Department (LMPD) after they entered her apartment on a no-knock search warrant.

RELATED: 'We want them to hear us. We want justice for Breonna' Louisville protesters not stopping anytime soon

Protesters are calling for the three officers involved to be fired and prosecuted. They chanted throughout the rally: "No justice, no peace. Prosecute the police."

Rev. Jesse Jackson, who marched with Dr. King. was in Minneapolis Thursday pushing for what he calls justice. He spoke with Adrienne Broaddus, at our sister station KARE11, via FaceTime.

"The pain is real. Rioting is the voice of those who truly have no way to express themselves," he said  shortly after leaving a meeting with Attorney General Keith Ellison.

Dr. Shonda Craft is the Dean of the School of Health and Human Services at St. Cloud State University breaks down the psychology behind riots.

Craft said when people are gathering it is not only to express rage and frustration but to call for change and find hope in a situation that feels hopeless among people who feel helpless.

"This is a trauma that has happened to one person but the ramifications are being felt throughout a community," she said. "We are in the middle of a pandemic and people are feelings isolation. This sense of being heard and connected--feeling rage and frustration is coming to a boiling point for so many people."

Does the destruction help or hurt?

"For some people it is going to feel like it is helping because they don't know what else to do with their emotions. They don’t know what else to do with their fear, the anger and their sadness. This feels like something tangible," she said. "It also hurts the reputation of a community. This is the ultimate way of trying to be seen and heard. If one person's voice is not enough, how big and how loud does it need to be before our pain is recognized and our pain is heard?"

Fifty-three years after Dr. King's speech some say there is still injustice.

Louisville Mayor Greg Fischer is suspending the use of no-knock search warrants. The ACLU-Ky, Louisville Urban League and others are calling the elimination using such warrants, except in extreme cases.

RELATED: ' A change in policy is not enough.' No-knock warrants should be eliminated, ACLU-KY says