Scholar: While Kentucky didn't intend to suppress voter turnout, it still did

Stephen Voss said having only one polling location in a county, despite absentee ballots, still disenfranchises some voters. 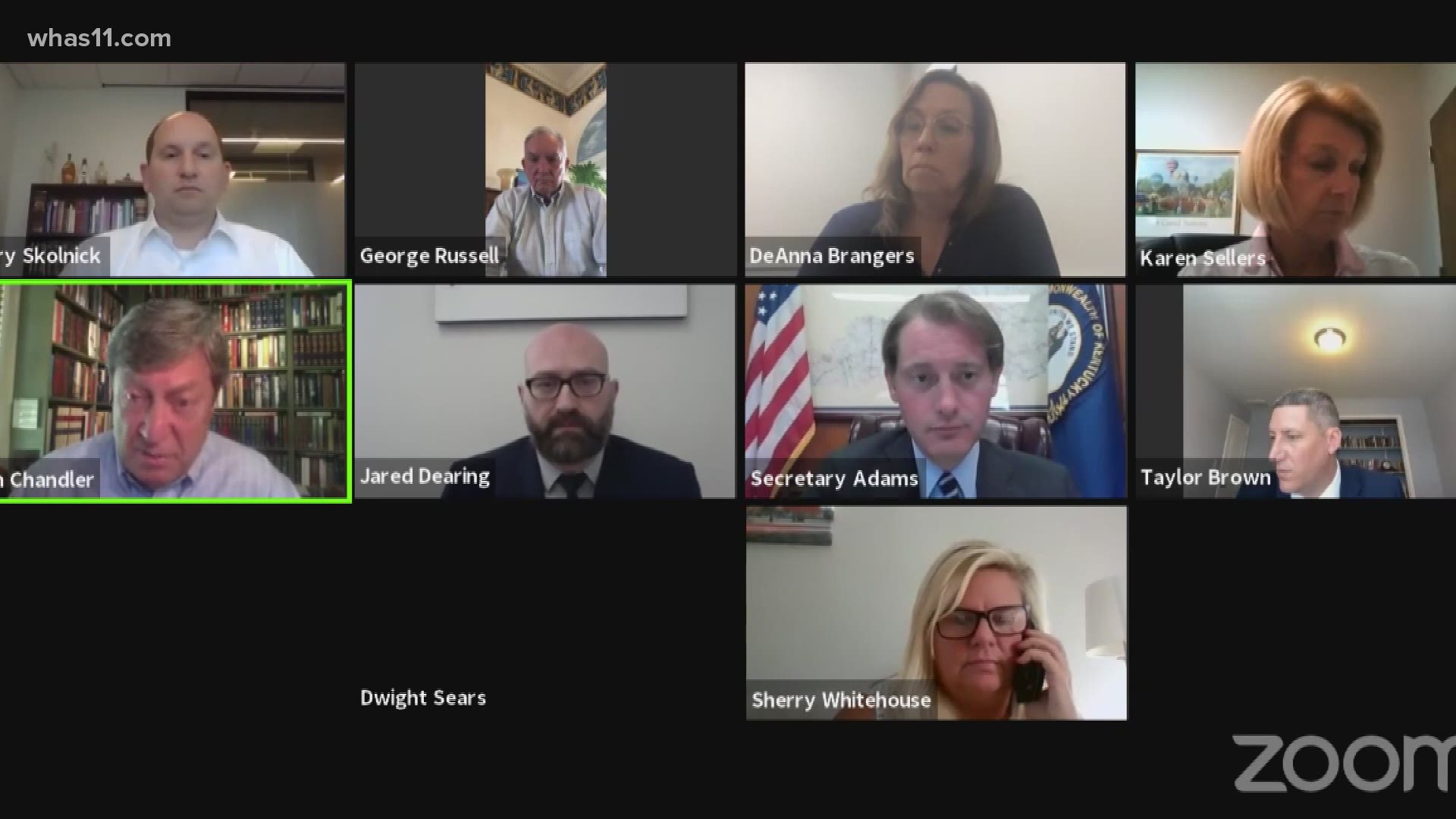 Posts asking for #AllEyesOnKentucky have called out election officials for only having one polling location in both Louisville and Lexington, the state's two largest cities and home to the majority of Kentucky's Black residents.

"[We're] very far from trying to suppress the vote, [we're] trying to make it easier to vote, we're trying to make sure that people have many opportunities to vote," Chairman Ben Chandler said during a special meeting Monday.

But one government scholar said that while officials "certainly did not intend to suppress" voters, the decisions they made still did.

A federal judged denied the request for more locations Thursday, saying there was no evidence that only having one polling location would suppress voters, citing absentee ballots and early voting measures.

Voss, however, said the system put in place by state officials actually made the process more difficult for some voters, especially those without access to technology or transportation.

"The process is much more alienating, certainly much more discomforting for people with lower socioeconomic standing," Voss said. "We set up a system that tends to disenfranchise them."

Voss said voters who could walk to their precinct's location in previous years had to either find a way to get to their county's one polling location and vote in person, or turn in their absentee ballot at one of their county's few drop-offs.

Information on absentee ballots or changes in location could also be more difficult for voters without access to technology to receive. Jecorey Arthur, a candidate for Louisville Metro Council, tweeted that some older voters his campaign spoke to did not know they had to vote at the Kentucky Expo Center.

Secretary Adams has continued to use what the state is calling "record-breaking" turnout to refute any claims of suppression, but Voss argued Kentucky's turnout was always expected to be higher than in previous year's.

"The U.S. is in a period of increasing voer turnout, especially in democratic primaries," Voss said. "It's only reasonatble to predict a spike this year, regardless of [absentee ballots]."

Senate candidate Charles Booker also responded to Adams Tuesday, saying that while turnout may be higher, having one polling place per county still makes voting difficult for some Kentuckians.

"One location is not enough," Booker said. "Expanding absentee voting is good, having more in-person voting is good...we can do better, and we will."

Voss said in many ways, Kentucky handled its primary better than other states that had heavily reported issues. Kentucky used paper ballots and simpler technology. In fact, Voss said only the race for Senate has brought possible problems with the election system to the general public.

"No one knew we would have a vibrant democratic senate primary," Voss said. "Only Charles Booker's come-from-behind effort makes the election rules matter."

Booker, a Louisville native who did not gain momentum until much later in the race, is running on a progressive platform often supported by both affluent, upper-middle class voters and urban minority voters. Voss said both of those groups were heavily affected by this primary's rules.

The more affluent, upper-middle class voters likely sent in their absentee ballots early, Voss said, while urban minority voters are the most likely to be negatively affected by one polling location.

"If Booker narrowly loses, we have to worry that the outcome will be seen as illegitimate," Voss said.

Nemes gave a similar opinion to the Associated Press, saying the integrity of the election will be in question if the race is close. Booker's opponent, Amy McGrath, tried to join the suit seeking more locations, but a judge denied her campaign's motion to intervene.

Still, the outcome of the Senate race, and all Kentucky primaries, will not be known until June 30. Officials said only in-person votes from Election Day will be announced Tuesday night as county clerks continue to count absentee ballots.