The Board of Elections said the vast majority of votes have and will come through absentee ballots and early voting. 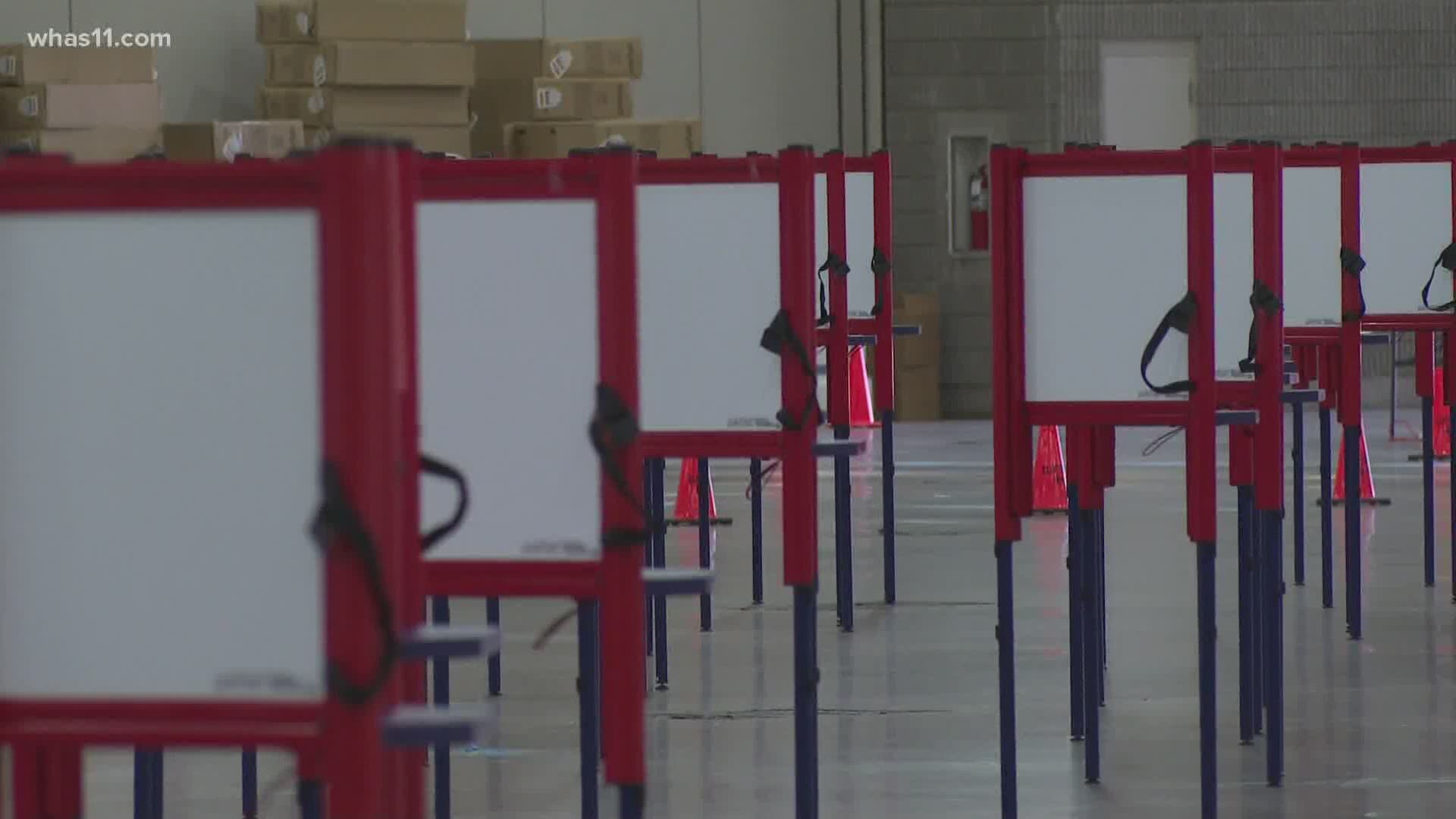 LOUISVILLE, Ky. — As Kentucky's primary gains national attention, the state's Board of Elections says there is a lot of "misinformation" surrounding voter suppression claims.

The state previously announced only one polling location would be available in each of its 120 counties due the coronavirus pandemic. While Gov. Andy Beshear announced all voters could request an absentee ballot to vote by mail, many called the state's lack of polling locations — especially in Jefferson County — voter suppression.

Election officials, however, argued the vast majority of votes have and will come through absentee ballots and early voting.

"This is already a record-breaking turnout for a primary election in the Commonwealth," said Executive Director of State Board of Elections Jared Dearing. "We're allowed for voters to have multiple access points to the ballot."

Additionally, anyone who does not get their absentee ballot by Tuesday can go to their polling location, tell an election official and fully vote in the primary. To ensure no voters can vote twice, the official will contact the county clerk's office, who will immediately delete the voter's absentee ballot from the system.

Dearing also said around 88,000 people have voted in-person during the state's early voting period. In Jefferson County, thousands of voters have had the chance to cast their ballot at the Edison Building since June 8, and the Expo Center since June 15. People can continue to vote early through 4:30 p.m. Monday.

On Election Day, TARC buses will provide free shuttles to the Expo Center from Union Station every 30 minutes beginning at 6 a.m. Passengers are required to wear face coverings.

"[We're] very far from trying to suppress the vote, [we're] trying to make it easier to vote, we're trying to make sure that people have many opportunities to vote," Chairman Ben Chandler said. "And we expect that the result of that will be a record number of votes cast."

A Washington Post article on possible voting problems in Kentucky cites long lines at primaries in Wisconsin and Georgia due to the coronavirus. Still, the board said they hope they have relieved as much pressure off in-person voting with their measures.

"Individuals across this state have been afforded several different ways to vote over a much longer period of time," Chandler said. "And we expect the result of that to be a record number of votes cast."

Chandler called the board's work an "incredible" bipartisan effort, saying every decision the board has come to was decided unanimously between its evenly split Republican and Democrat members.