It's the second straight shutout for Louisville. 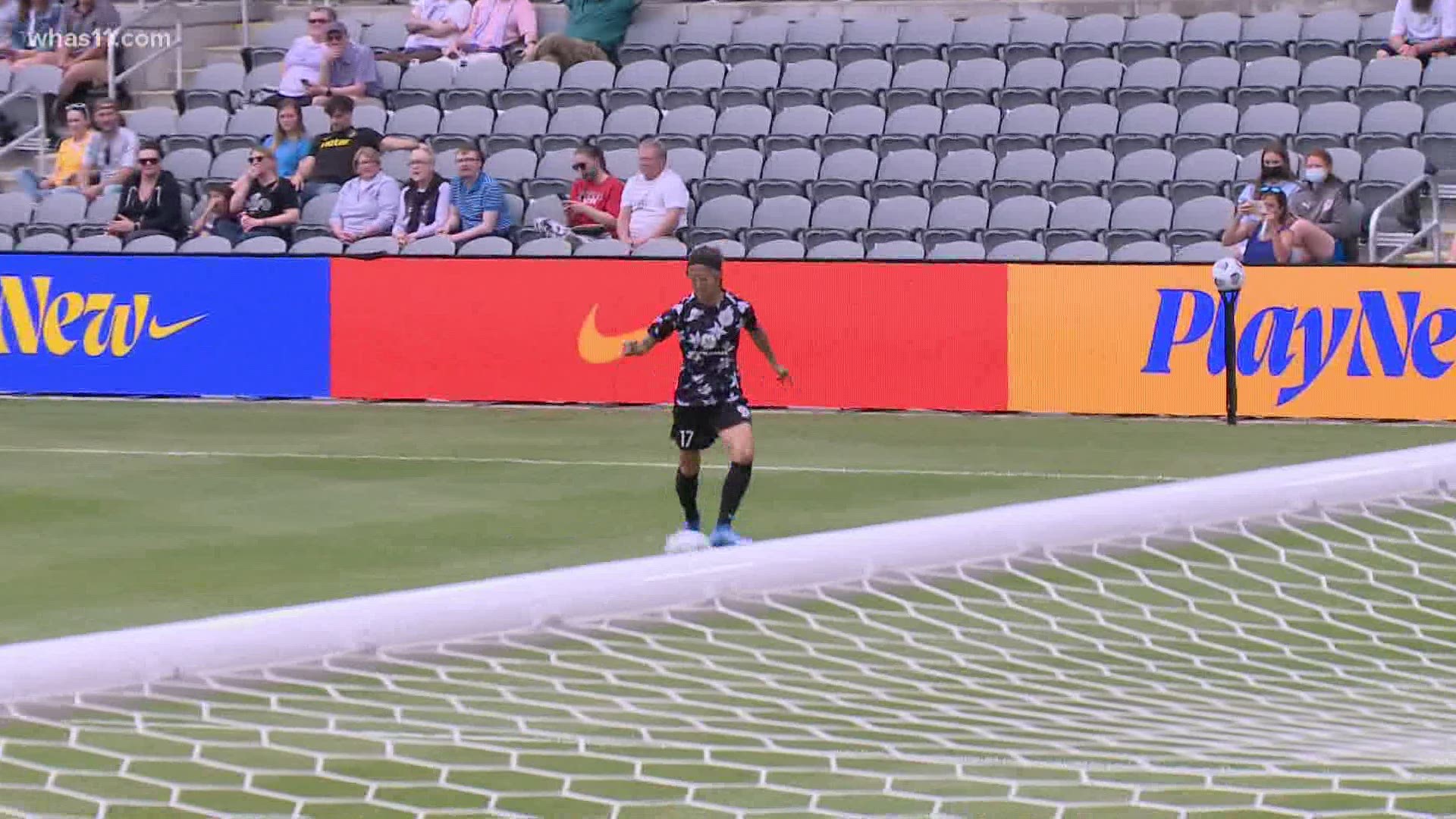 It's a second straight shutout for Louisville, who finished the Challenge Cup with a 0-0 tie against Gotham FC.

"To limit a team like that, and not only keep a clean sheet, but to limit them to smaller chances is something good we take away from this," Racing Louisville FC head coach Christy Holly said. "The frustration is that in the first half, I thought that we needed to be clinical with our opportunities. We didn’t unfortunately and we will have to improve on that.”

Racing outshot the visitors 13-11 and had seven corner kicks to just one for Kansas City. Louisville was able to tighten up after goalkeeper Michelle Betos made a key save early to keep a clean sheet.

Didn’t take long for @MichelleBetos to show off. 💁‍♀️ pic.twitter.com/iBCZ1GCv5W

“Obviously, it is a huge positive that we got that clean sheet as a team and it is a building block," defender Erin Simon said. "We are a first-year team, and they were formally Utah, so there were some established players on that team. For us to come away with a clean sheet, and I thought we were the more dangerous team, it was a really good start. I’m proud of the team’s performance.”

Of course, Racing had chances of its own to get on the board for its first win as a franchise. The best one came in the second half, when vice-captain Savannah McCaskill curved a shot just over the bar.

I thought Savannah McCaskill had a game-winning goal here for a second. So close. pic.twitter.com/cmXpA6fXHP

“We need to be a little bit braver and put ourselves in positions where we can actually score," Holly said. "We must take a little more responsibility as an individual and as a teammate to step up and let the shot go. I thought Savannah McCaskill did a very good job generating opportunities for her teammates and for herself. We were pleased to see that. We need to have that eye for goal and not be so picky about the opportunities that we are trying to generate.”

“She does so much for us as a team as our vice-captain," Simon said of McCaskill. "You see her leadership through her work rate, her attitude and her work ethic. She’s up and down for 90-plus minutes straight and giving her all on both sides of the ball. She’s attacking and so defensive for us in tracking those runs back and winning those balls for us, but also creating in the attack. She’s such a vital person and player for us on this team.”

Racing Louisville returns home for its next game against the Washington Spirit on May 21 at 7:30 p.m. The club lost at Washington 1-0 on April 15 in its second game of the Challenge Cup.