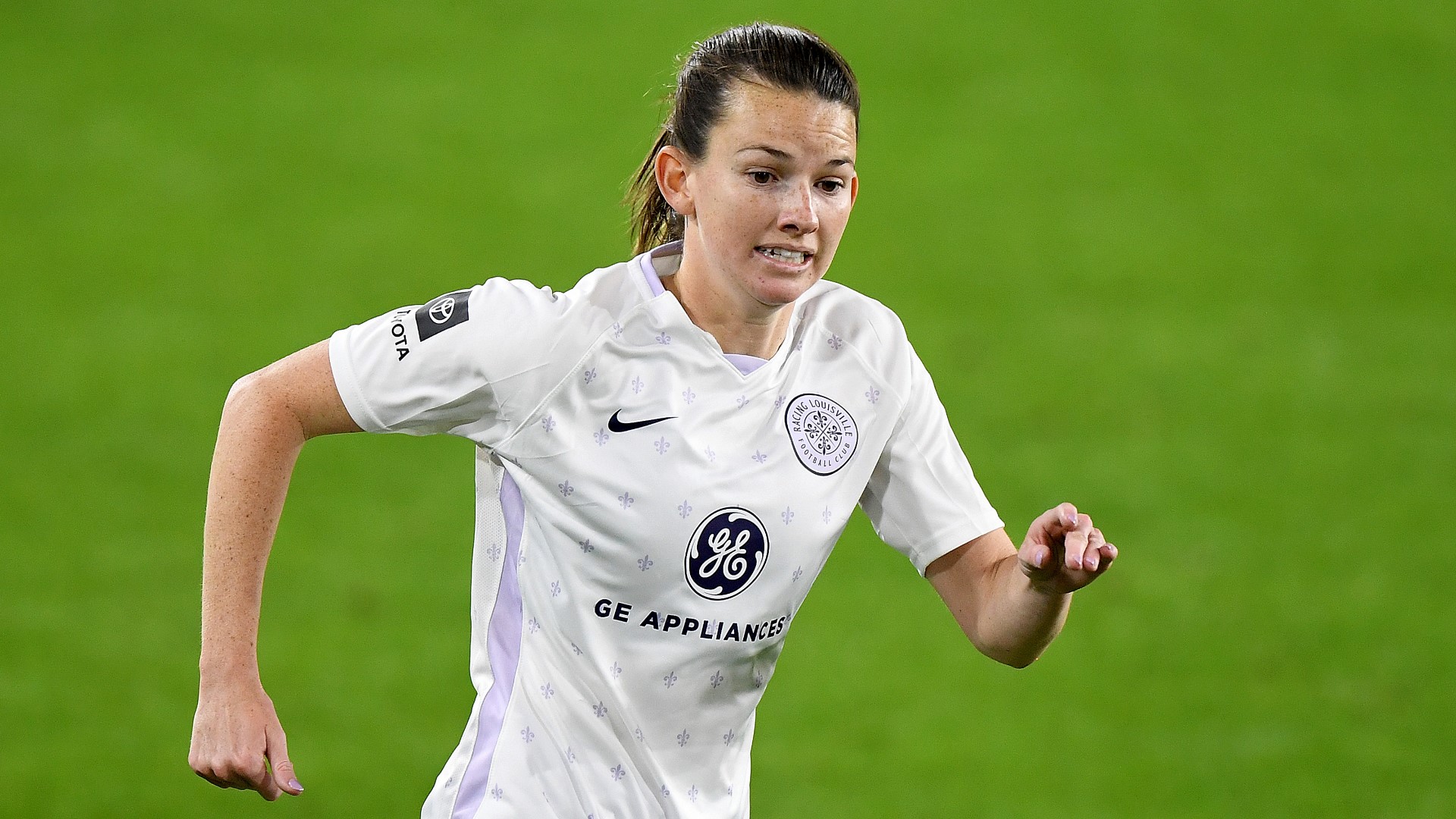 LOUISVILLE, Ky. — Racing Louisville FC's Cece Kizer was in Norway when the opportunity she had been waiting for came calling.

The 24-year-old forward had just two career starts as a pro with the Houston Dash when, at about 3 a.m. local time, a new club made her its fourth pick in the NWSL Expansion Draft.

"I stayed up and watched the expansion draft because I was just so stoked to be getting into this environment," Kizer said. "I'd heard great things about the setup and everything here, so I was really excited to get here."

"I think settling into games in this league is really difficult," said Kizer, who averaged about 21 minutes of playing time over 22 games with the Dash. "And that was kind of my role in Houston. It was definitely challenging to go from a starter in college all four years to being a player that comes off the bench."

That has not been the case in Louisville so far. Kizer started showing her potential early, leading the club with four goals this preseason. That translated to the Challenge Cup, where she started all four matches and scored two goals — including the first in Racing history during its inaugural match against the Orlando Pride.

"Everyone always asked me, 'How's it feel to score the first goal in program history,'" Kizer said. "I'm just like, I don't even really know how it feels in that moment. When I scored it, everyone hugged me. And I was like, 'This is so exciting. We all did this together.'"

Holly said Kizer is a player the organization "absolutely loves."

"I'll be honest with you: I expect even more from Cece," Holly said.

Tell us if you’ve heard this story before: @cecekizer scoring the opening goal inside Lynn Family Stadium pic.twitter.com/9KjZsocKZc

That's high praise considering the third-year pro has been adjusting to a less familiar position. So far this season, Kizer has primarily been used as an attacking midfielder.

"My favorite thing to do is be on the dribble and go at back lines," Kizer said of her development. "So I'm just working on that, getting my first touch clean on the ball, slipping players through and obviously getting balls in the back of the net."

Kansas City head coach Huw Williams said Kizer's confidence continues to grow as she is given more responsibility with Racing. Williams, whose team will come to Lynn Family Stadium to open the NWSL regular season, is familiar with the Kansas native having previously coached her and watched her development over the years.

"I love Cece," Williams said. "She went overseas and has come back a different player."

That's what her current team wants her to continue to see. And the opportunities she's wanted will only keep growing from there.

"I just want to prove that I'm a real relentless player," Kizer said. "The first two years in this league haven't been easy and it's still not easy now. I think that there are games that I'm going to go without scoring. And I'll probably go through some of those droughts, but I need to just be resilient and continue to fight, be gritty in the box and find goals."