Police can now charge an offender with a class C or D felony, punishable up to 10 years behind bars. 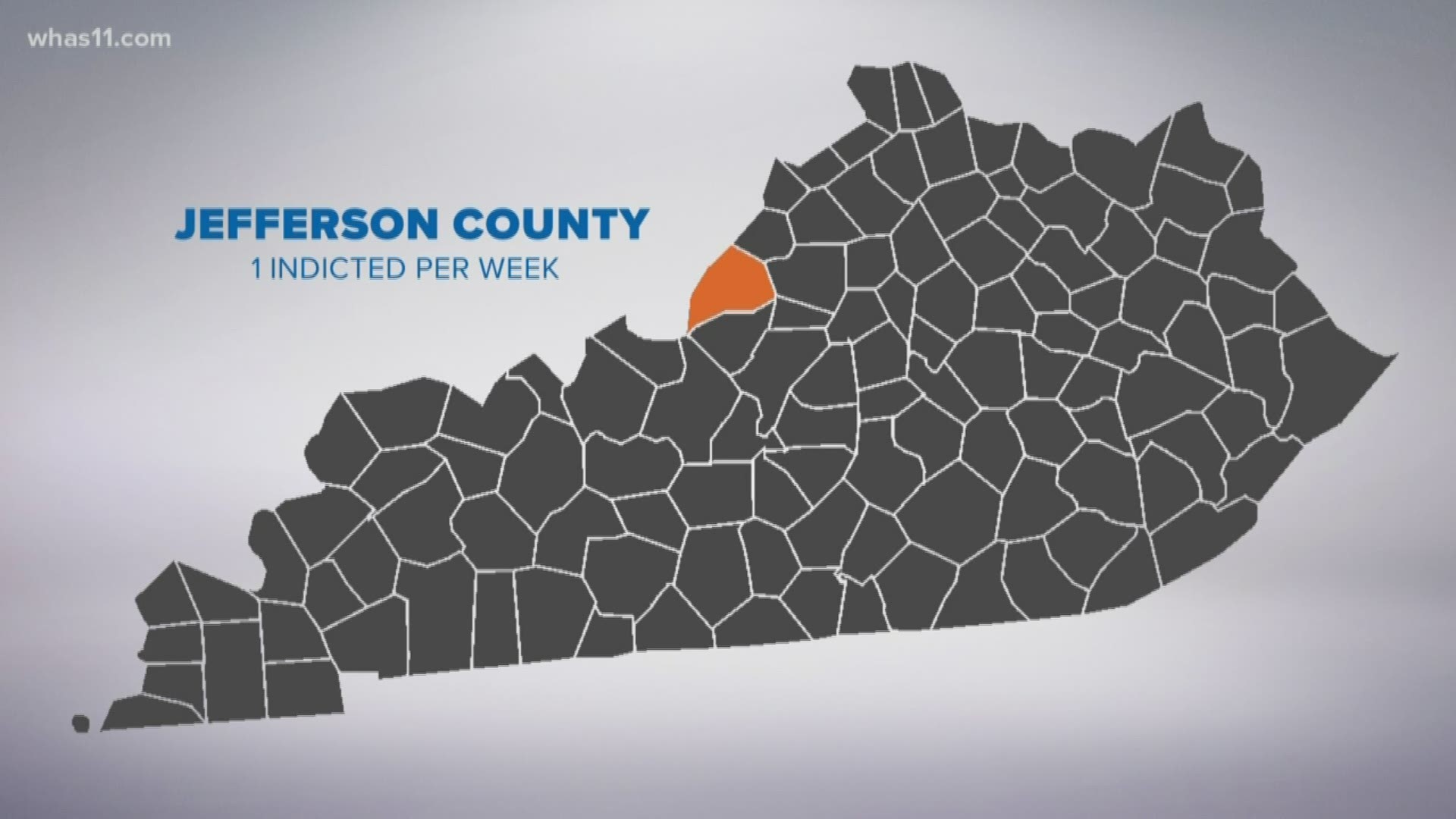 LOUISVILLE, Ky. — Kentucky has lagged behind the rest of the nation in making non-fatal strangulation a felony.

But after finally passing a law this summer, more cases are hitting prosecutors' desks.

"There have been legislative efforts for years to try and get strangulation legislation going in the Kentucky general assembly and those efforts have for whatever reason, failed," Chris Foster said. "We finally caught up."

Foster said strangulation can be hard to prove, which is part of the reasons some states lagged in passing legislation relating to non-fatal strangulation.

"Fewer than 50% of the cases there's not even a visible injury. Maybe not even a scratch on the neck," Foster said. "It's dangerous and it's serious and finally in Kentucky were putting our money where our mouth is."

The statue defines strangulation in the first degree as "intentionally impeding the normal breathing or circulation of the blood in another person."

Police can now charge an offender with a class C or D felony, punishable up to 10 years behind bars.

"Within seconds someone can lose consciousness. After a few more seconds they can lose bowel or bladder control. After just a minute, someone can die," Foster said. "The act of strangling someone, the act of putting your hands around someone's neck controlling their next breath. I think that's often minimized."

The law took effect on June 27th and in the 20 weeks since then, nearly one person has been indicted per week for felony strangulation in Jefferson County. Foster said there have been 17 indictments. Bullitt Co. said it has indicted around 5 cases. Oldham Co. said it hasn't indicted any.

"What that means for us as felony domestic violence prosecutors, is that we will be able to take more of those cases, prosecute them as felonies and hold perpetrators accountable," Foster said.

The Commonwealth Attorney's Office is already seeing more strangulation cases since the law was passed, according to Foster, and she expects over time that frequency will increase even more.

Although, she acknowledged it may take a year or two to "really see how the numbers play out" because the indicted cases will still need to be tried before grand juries.