Fire prevention in the kitchen taught to Louisville refugees

The fires in the Buechel area had rescuers learning one big difference: the people they were rescuing are new to America, and new to fire safety and prevention. 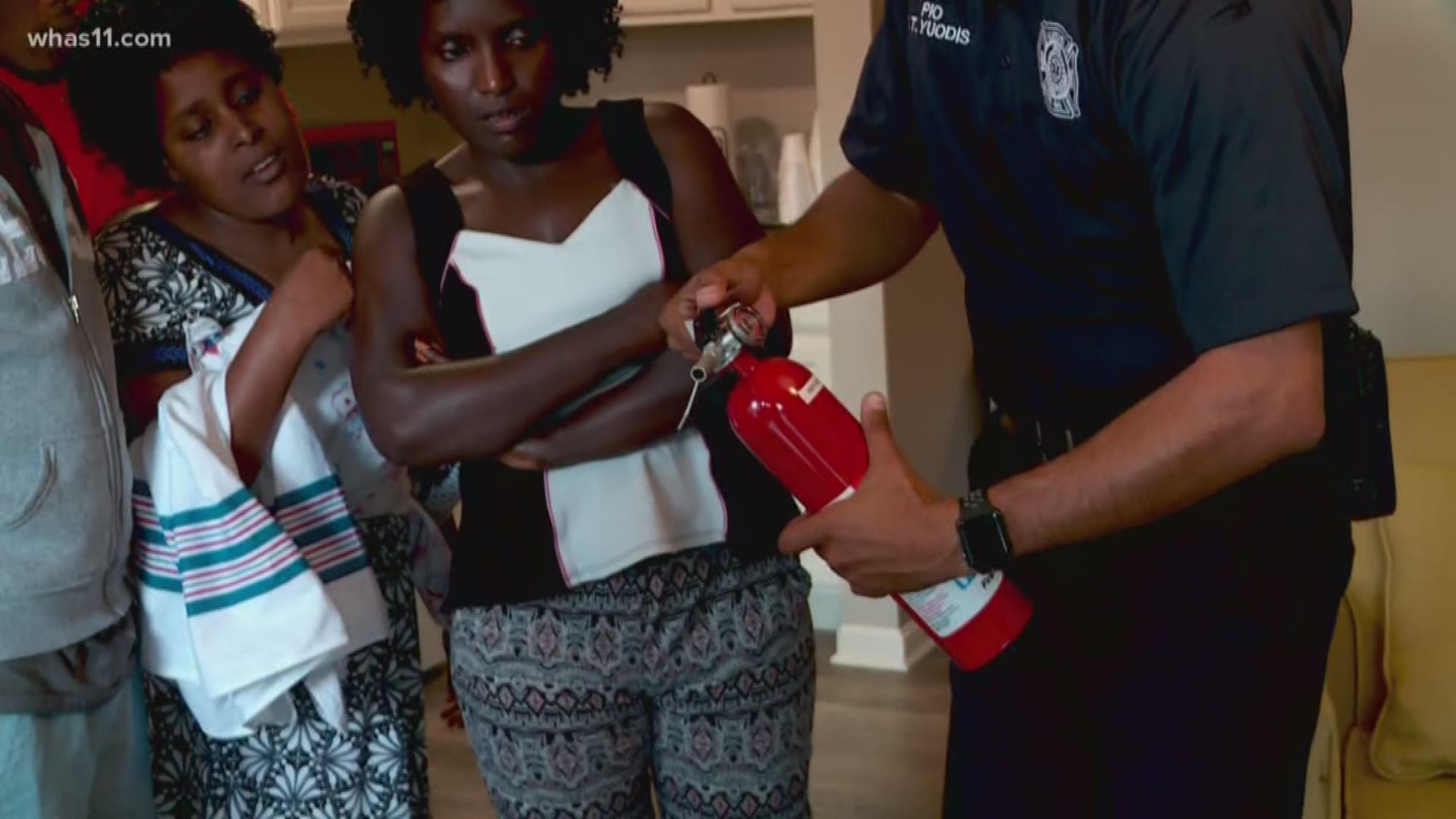 LOUISVILLE, Ky. — Buechel firefighters teamed up with Refuge International to take a unique approach Tuesday night after a recent spike in frightening fires in the Norfolk neighborhood.

The fires in the Buechel area had rescuers learning one big difference: the people they were rescuing are new to America, and new to fire safety and prevention.

“Typically in the Congo, most home cooks are going to be using charcoal stoves, so they're not quite used to having to turn off the heat source,”  Matt Mihelic with Refuge International said.

The group taught simple lessons on how to use an oven and stove, tasks that are familiar to some, but foreign to others. The purpose was to give some clarity in the kitchen.

“We want to try and prevent them from losing what they have,” Buechel Fire spokesperson Jordan Yuodis said.

The cooking class comes after three fires in four weeks around the Norfolk Neighborhood, which is mostly made up of the Congo community. The chaos for at least two of those fires was caused by cooking confusion.

“The stoves are being left on, the burners being left on the highest setting, and they're just being left. A lot of times we're seeing the stove is being used to heat the apartment,” Yuodis explained.

The most recent fire involving refugees was last Friday. A family of nine scrambling to grab their things, as flames and smoke consumed their home.

“It's sad. The first one, no one was at the house but they lost everything. So they are going to start from zero,” Gentirre Mukanohere, a refugee herself, said.

Mukanohere has lived in the United States for only two months, and paid attention to avoid heartbreak to her home.

“I didn't know that I had to heat the oven before I use it,” she explained. “Sometimes maybe I would make mistake, but now I know I know what to do.”

Firefighters also showed the group how to use a fire extinguisher, and how not to heat your home with the oven.

The lessons coming from the kitchen classroom aiming to prevent any more accidents.

No lives were lost in any of the fires.