'He will get justice.' | Family, protesters honor David McAtee one year after he was killed in law enforcement shooting

McAtee's family commemorated him with a balloon release outside of his popular barbecue business in West Louisville. 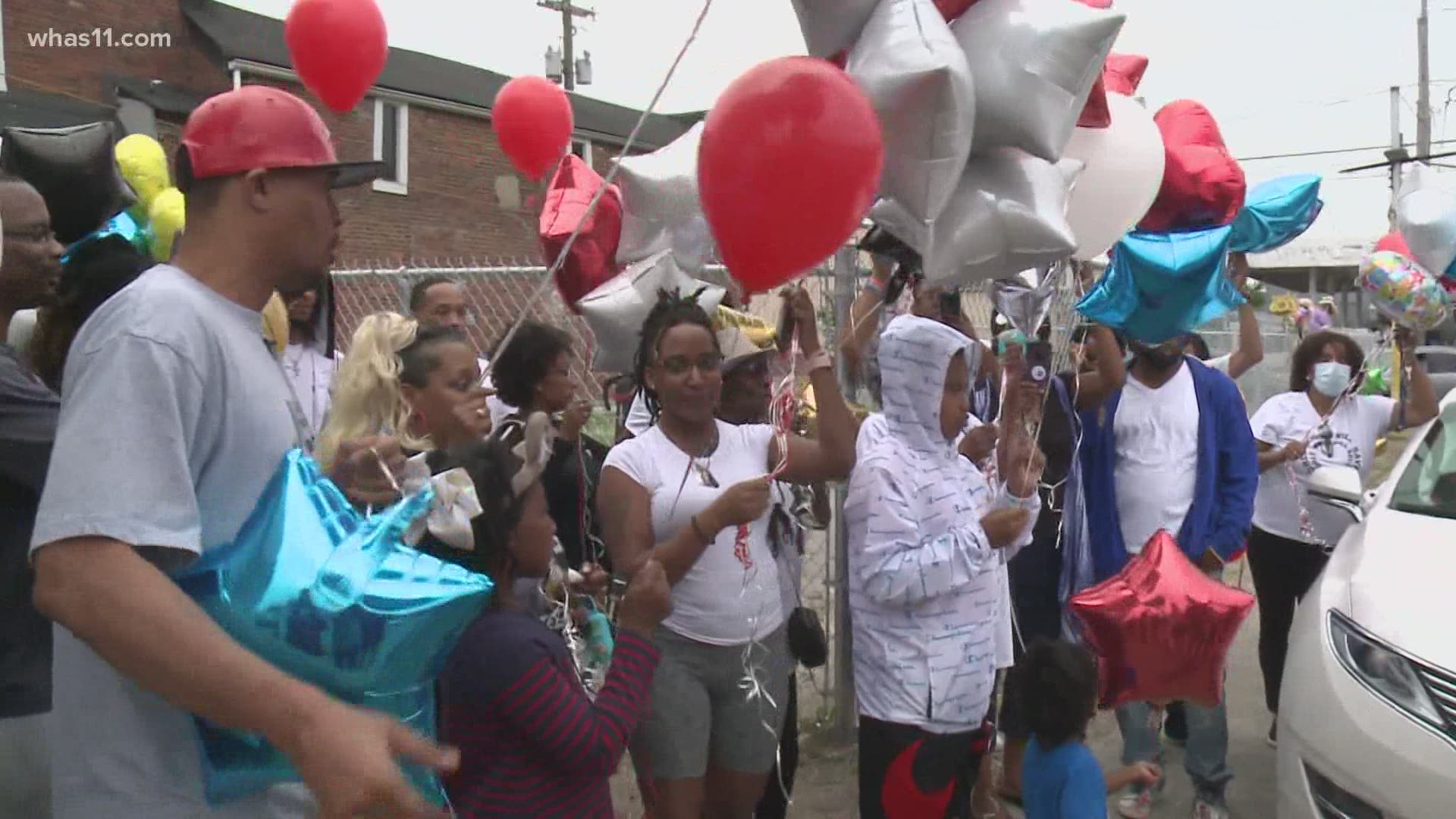 LOUISVILLE, Ky. — June 1 marks one year since David McAtee was killed in a law enforcement shooting outside his popular west Louisville barbecue business.

McAtee's business, YaYa's BBQ, was no stranger to large crowds -- proven the night he was killed.

Officials said Kentucky National Guard soldiers and LMPD officers arrived at 26th and Broadway a little after midnight June 1 under orders to disperse a crowd and enforce the city's 9 p.m. curfew after a night of protests for Breonna Taylor.

Some of the crowd at Dino's Food Mart walked to McAtee's business across the street. YaYa's BBQ was still open at the time, and McAtee was seen going back and forth from the grill to the inside of the building.

An investigation into the night found that LMPD officer Katie Crews fired one pepper ball into the street outside Dino's and several more pepper balls towards YaYa's.

As McAtee's niece and others outside the business rushed inside, Wine said surveillance video showed McAtee fire one shot outside his side door. He then went back inside before reemerging and firing a second shot. Two shell casing found outside his door were determined to be from the gun he fired.

One of those shots McAtee in the chest, killing him.

McAtee's death happened at the height of Breonna Taylor protests, and protesters joined McAtee's family and friends to honor him with a balloon release outside his business on 26th and Broadway, Jun. 1, 2021.

"We know right from wrong, we know what was right and what was wrong in this situation," McAtee's younger brother Jamie McAtee said. "Nobody was held accountable for it."

LMPD officers were not wearing body cameras at the time of the shooting which is against department policy. Mayor Greg Fischer quickly fired the then police chief Steve Conrad who was already planning to retire after leading since 2012.

During the remembrance, family members said they want the community to help continue to fight for his justice.

"A mother goes through a whole lot when she loses a child," mother of David McAtee Odessa Riley said. "I'm going to make sure that my son gets justice and he will get justice."

Just one week ago, Wine said his office will not present a case to the Jefferson County Grand Jury for potential charges against any LMPD officers or National Guard soldiers who fired their weapons.

Protesters took to the streets after Wine announced his findings, and multiple people arrested during a march May 26.

Since his death, the community has continued to show their support, including Louisville chef Edward Lee, who opened a community kitchen in honor of McAtee's legacy.

McAtee's younger brother said he was so inspired by him that he just finished culinary school.