"I wouldn't be out here if I wasn't hopeful," Breonna Taylor's aunt Bianca Austin said. "I'm determined is what I am so we're going to get justice for Breonna." 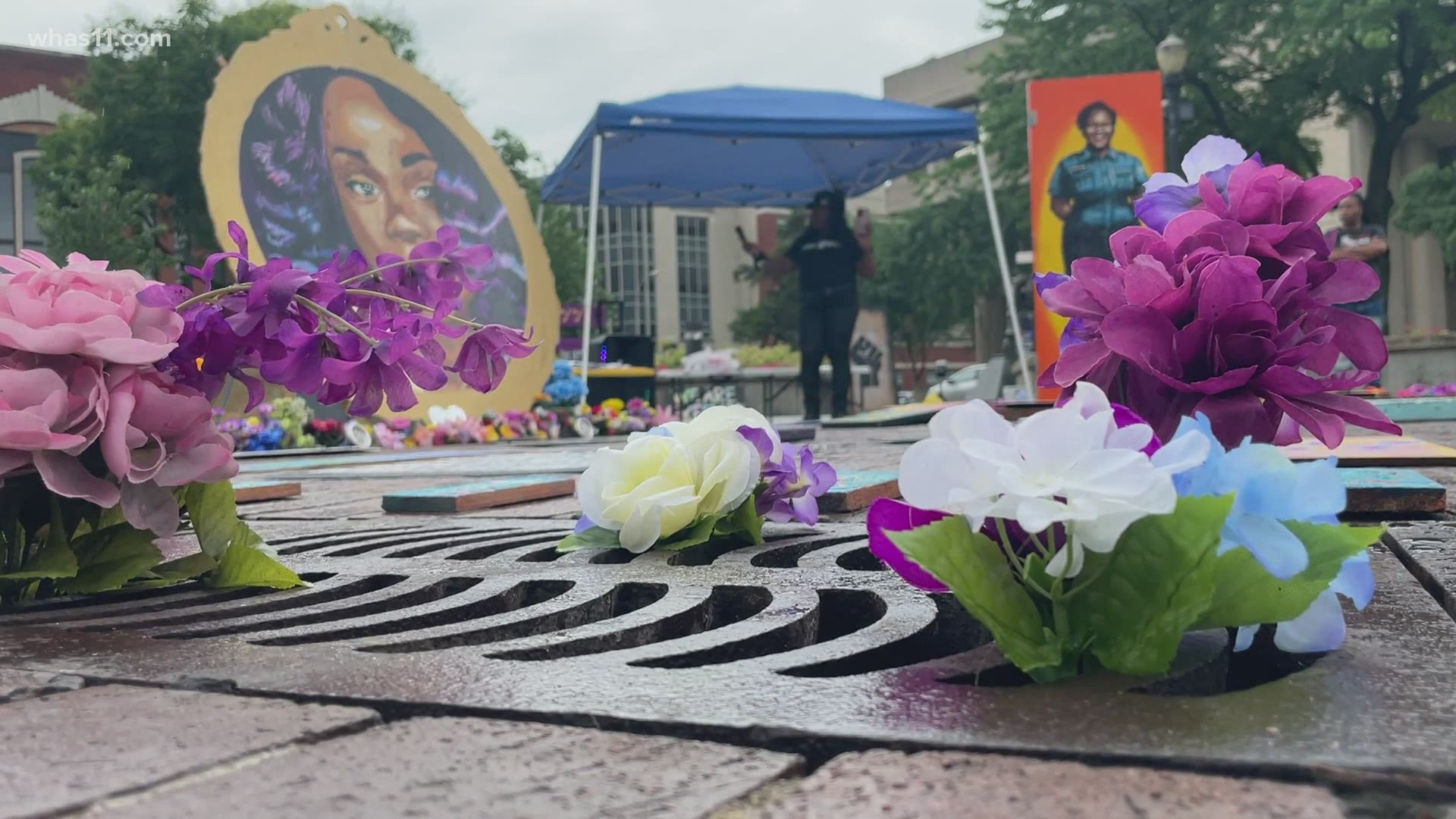 May 28, 2020 was the start of a movement filled with protests and demonstrations that would last for more than 100 days in the city.

Taylor's aunt Bianca Austin was at home trying to comfort her family that night.

"I think we got a call from the mayor asking us to come out and tell these people to go home and we're like 'go home?' and we turn on the TV and see all this chaos and people were just going crazy everywhere," Austin said. "And it just made us think they really do care, they really are listening."

The day started with protests, then violence and confrontation flooded downtown streets later that night. Seven people were shot and some people vandalized and broke windows of properties.

It was a boiling point after the 911 calls from Taylor's boyfriend Kenneth Walker were released. May 29, 2020 was a similar sight after protesters made their way back to downtown.

"We really didn't know how to feel about it but now reflecting on that a year ago it's like yeah we needed that," Austin said.

Most of the protests that followed were peaceful.

Protesters said they are trying to bring back the energy this summer.

"We’ve come together in the way of unity that we haven’t seen in a long time," co-chair of Kentucky Alliance Against Racist and Political Repression Shameka Parrish-Wright said. "We want [LMPD] to actually acknowledge that they started this civil unrest that we're just responding to it."

Parrish-Wright says they have seen some reforms and changes.

"We still haven't gotten justice for Breonna," Austin said. "So we're going to continue to be out here boots to ground continue to put pressure on Ericka Shields and Mayor Fischer."

A few days after the first night of large protests, another name was added to the racial justice movement. Jamie McAtee's older brother, David McAtee who was a popular barbecue business owner in West Louisville killed in a law enforcement shooting.

McAtee was recently arrested while protesting against the lack of state charges in the law enforcement shooting of his brother. His plan is to keep fighting.

"It's almost like a calling; I have to be out here for them," McAtee said. "Breeway is just not a place Breeway is the people."

Austin and her family are putting their faith in the ongoing FBI investigation into Taylor's death.

"I wouldn't be out here if I wasn't hopeful," Austin said. "I'm determined is what I am so we're going to get justice for Breonna."