LMPD: Videos the night David McAtee was shot and killed 'don’t provide all the answers' 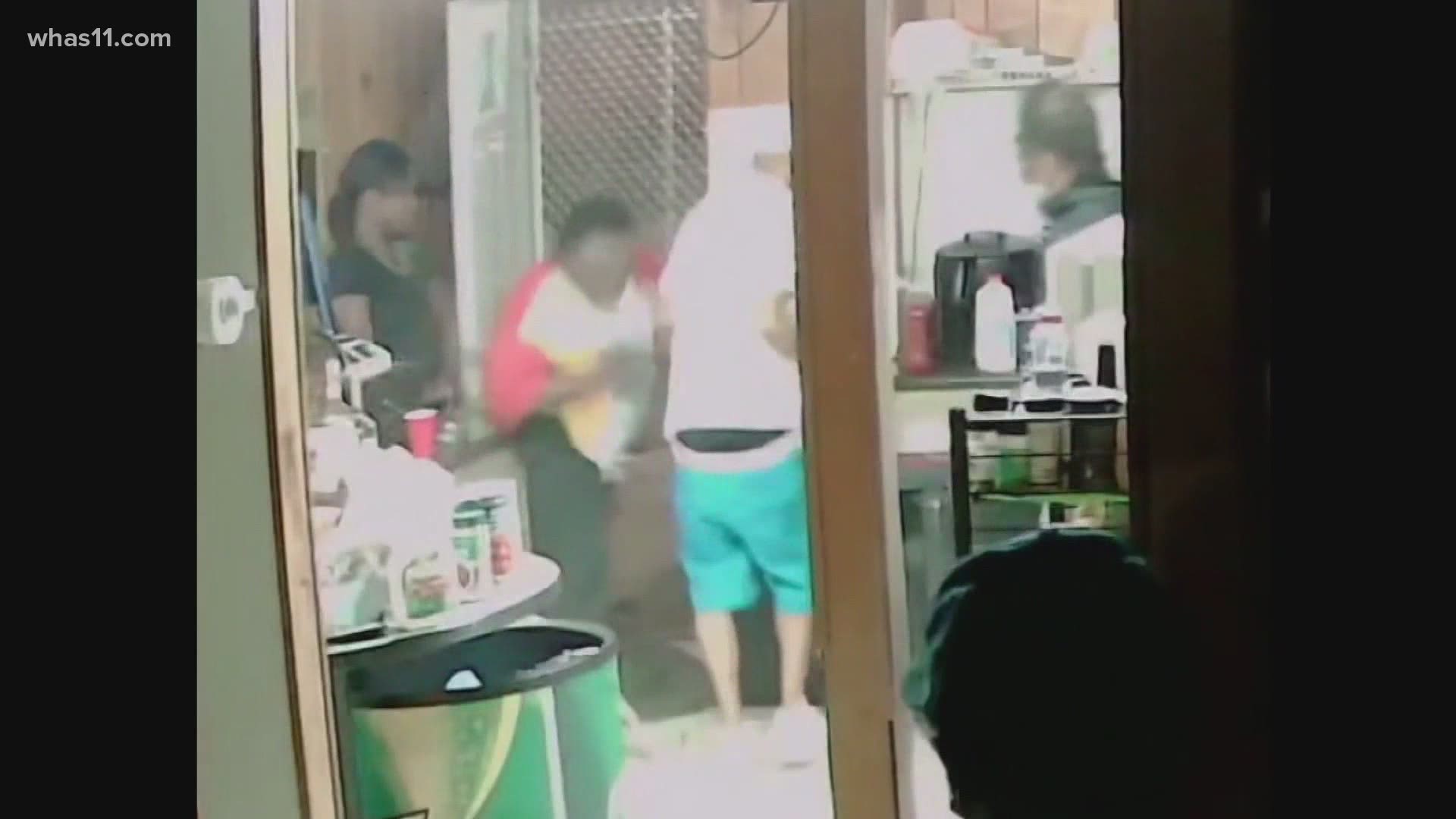 There are several security cameras pointed near the McAtee's BBQ business the night of the shooting. Interim Chief Robert Schroeder said two videos captured from surveillance cameras in and around the business show McAtee firing a gun the night of the incident.

"This video appears to show Mr. McAtee firing a gun outside of his business's door as officers who were using pepper balls to clear the Dino's lot were approaching his business," Schroeder said.

LMPD showed video of the inside of McAtee's business during the briefing. The surveillance footage, which does not have audio, shows McAtee cooking the night of the incident.

After several people come inside, McAtee can be seen pushing a woman out of the doorway and going outside his door, presumably shooting a gun. Smoke fills the business, and McAtee walks further outside before running inside and falling on the ground out of frame.

McAtee appears to drop a handgun, which LMPD said shows he had a handgun during the incident.

Surveillance footage from outside the business does show either LMPD officers or members of the National Guard walking toward the business. Smoke can be seen near the doorway as officers retreat behind a nearby car. McAtee cannot be seen in the video.

GRAPHIC WARNING: All footage can be seen below.

Schroeder said the videos do not provide all answers, including why officers approached McAtee's business originally, why he fired his gun and where police were at the time he fired.

Major Paul Humphrey said officers were sent to that area to disperse crowds.

"As they moved through the lot, at some point they encountered some individuals," Humphrey. "They used pepper balls to disperse some of the individuals, which is when the conflict occurred."

The investigation is ongoing, and Humphrey said the sequence of events is not clear at this time as the video does not have audio and the officers involved have yet to be interviewed as officers typically have their legal counsel prior to interviewing.

"You can see that the officers come from the Dino's lot, it looks like addressing some individuals, but we don't know the specifics of what brought them to address those individuals," Humphrey said.

Humphrey said it appears at this point that McAtee fired first from the footage, however said the investigation will answer who McAtee was firing at that night.

"We still have to put all of the pieces of the investigation together," Humphrey said.

McAtee's brother, Marvin, watched the surveillance footage with WHAS11. He said it is not clear his brother fired first, and the video does not make any sense.

"Ain't no view of no cameras nowhere show him doing that," Marvin said.

The police involved in the shooting either did not wear or did not turn on their body cameras, a violation of LMPD policy. The National Guard does not have body cameras.

Kentucky Executive Cabinet Secretary J. Michael Brown said investigators found there were 18 shots fired between LMPD and the National Guard during the incident. McAtee died from a single gunshot wound to the chest.

Witness told WHAS11 Monday McAtee was trying to shield his niece from shots when he was hit.