'I am unbiased.' | Nominee given negative recommendation for Civilian Review Board addresses criticism

Antonio Taylor addressed concerns of his social media posts from September 2020 that read, "LMPD you are the devil." 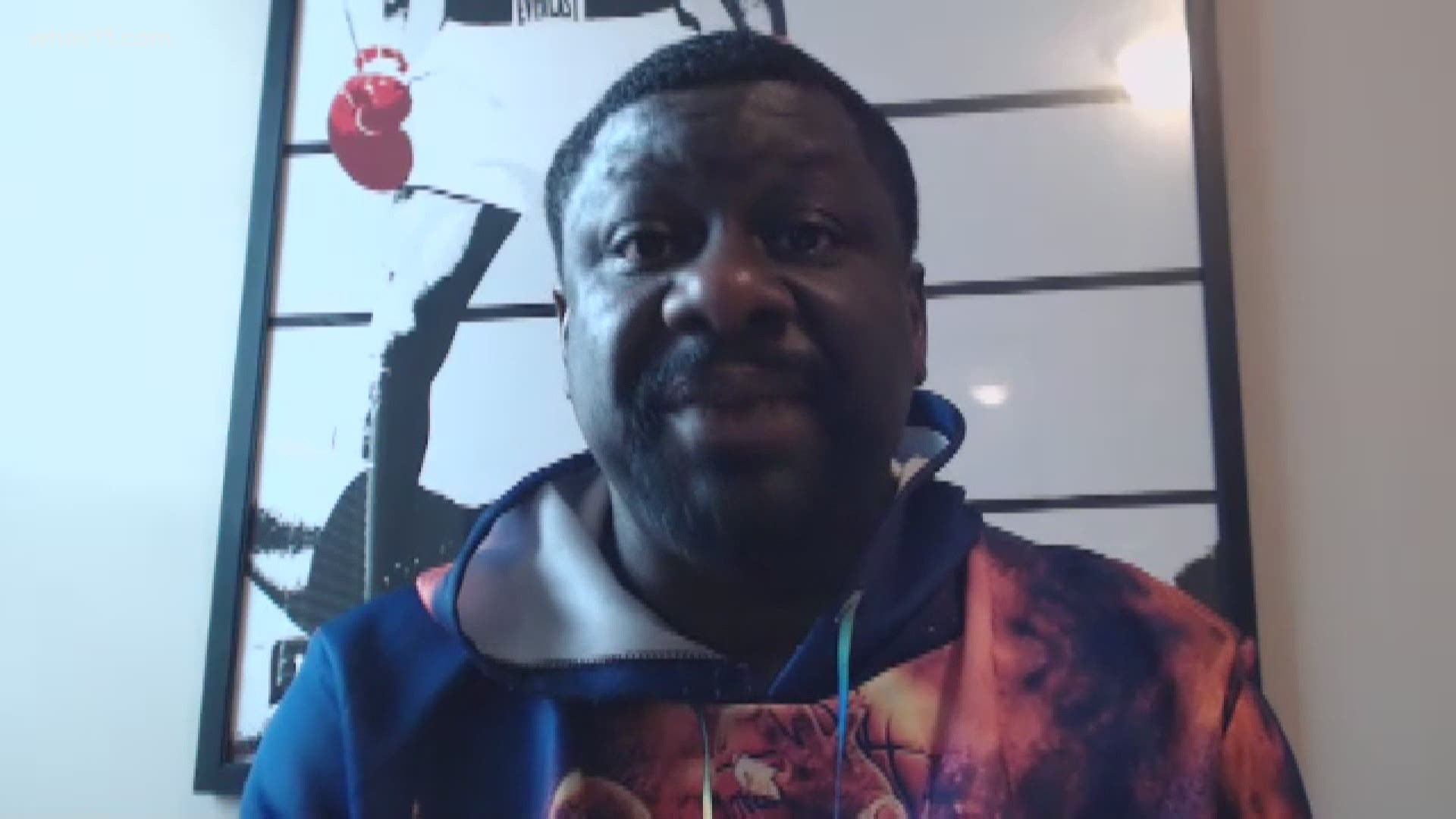 LOUISVILLE, Ky. — One of 11 nominees to possibly be appointed to Louisville Metro’s Civilian Review Board defended himself Monday after a negative recommendation last week.

Antonio Taylor received the negative recommendation in a 5-3 vote last Tuesday during the Government Oversight and Audit Committee hearing.

Committee members referenced posts on social media from September 2020 that read “LMPD you are evil the devil.”

“A post is not a true person, it's not the whole story,” said Taylor, who said it was posted after a long, emotional Derby Day, when self-proclaimed Patriots marched to Jefferson Square Park and collided with Breeway protesters.

Taylor shared videos with WHAS 1 taken over the last year showing him having peaceful discussions with police during protests and diffusing some aggression on Derby Day.

In one video taken in July, he’s in a room with police officers and can be heard saying, “The majority of Black people are not mad at the police officer as a person, we are upset with the system.”

“It's very difficult for me to think there's not significant bias there,” said District 19 Metro Councilman Anthony Piagentini, who was vocal about his concerns during last week’s committee hearing.

Piagentini explained that family members of law enforcement were not allowed to be appointed to the board to avoid a bias in favor of police, and he believes the same notion should be considered here.

He said the Civilian Review Board should be diverse: racially, politically, geographically, etc., but is concerned by Taylor's blanket statements against LMPD.

“You have to question whether or not that person is truly reflecting the community's opinions and could be open-minded no matter what the case presents,” Councilman Piagentini said.

WHAS11 News asked Taylor is he thought LMPD was the devil. He said: “Absolutely not. I believe that LMPD, we have to learn, I believe LMPD is a part of our community, I believe there's a lot of work that needs to be done between LMPD and the community, and I believe that we can get there if we have real and true conversations with each other.”

Piagentini said he hopes Taylor will continues “to pursue positive change in this community,” but is not convinced he’s needed to “represent the broader community on a board that has pretty significant sway on LMPD policy.”

Taylor believes he is “a voice for my people,” and “an advocate for my community.” He said even if he’s not appointed, he will continue to serve his community. He added that if he is, he understands the responsibility that comes with it and will “look for the truth” in every case.

The Civilian Review Board is designed to review cases, policies and procedures within LMPD, and to get a community perspective and make recommendations.

A negative recommendation does not mean Antonio Taylor loses the possible appointment. He still could be voted onto the Civilian Review Board by the full Metro Council. If any of the nominees are not approved by the Council, another person will be nominated in their place.