"We have mid-level drug distribution cells, or gangs, throughout Kentucky," said the head of the DEA's Louisville division. 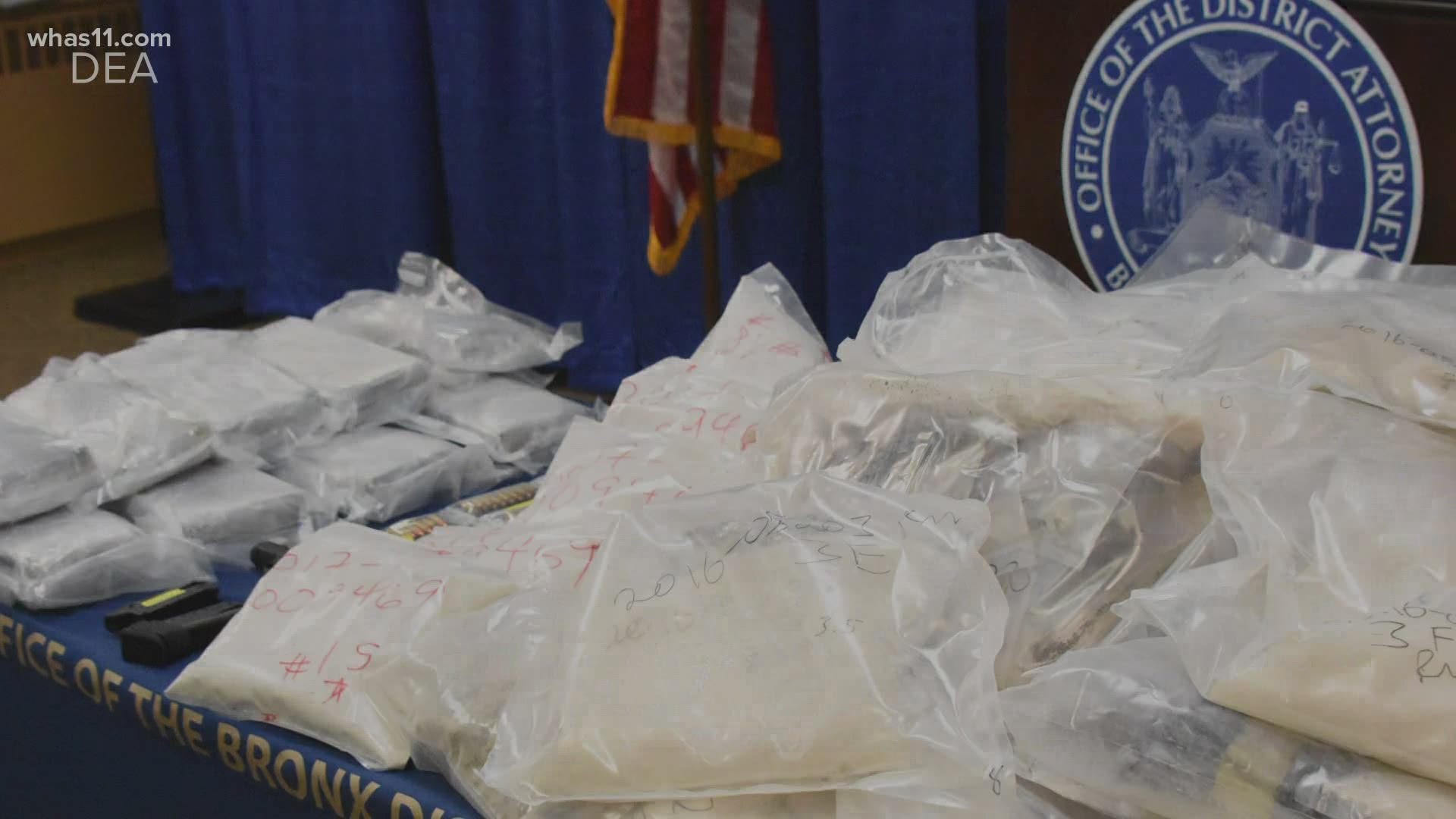 LOUISVILLE, Ky. — The year 2020 brought on a pandemic we’d never experienced before. And as we step out in 2021, there’s hope we’re nearing the end.

But for another crisis – the opioid epidemic – that’s plagued our communities for years, the man at the head of Kentucky’s Drug Enforcement Agency (DEA) says it’s only gotten worse in the shadows of COVID-19.

Special Agent in Charge J. Todd Scott calls the DEA the drug version of the FBI.

Scott took the lead of the DEA’s Louisville division right as the pandemic hit. While COVID-19 kept most of us at home, Scott says it did just the opposite for the criminals he’s chased the last 26 years.

"We have some significant drug trafficking operations in Kentucky, and we’ve seen them be able to work and distribute their drugs even during this pandemic over the last year," Scott said.

He mentioned meth, heroin and fentanyl - to name a few.

"Fentanyl is an extremely potent and deadly synthetic opioid," he said. "Three, four years ago, we might’ve seen small bits of it here and there. Now, we’re seeing pure fentanyl out on the street.

RELATED: 'I had given up, but they never did': Recovering addict thanks UofL Health staff for saving his life

It's produced and shipped by Mexican drug cartels.

"The fact is there was still a market for that," Scott said. "And socially, when you see people isolated, alone, they’ve lost their jobs, stresses that drove these people to substances before, it’s still here. It never went away and, in fact, it was exacerbated by the pandemic.

It led to record numbers of opioid overdoses nationwide and in Kentucky.

"Historically for DEA, and a lot of law enforcement agencies, we’ve treated these overdoses as accidents or tragedies. Now, we’re treating them as crimes. Because we’ve noticed that if we have a significant amount of overdoses in a small area, it can be attributed to one person, a drug trafficker, and so we can go after that source."

Today, if the DEA can prove you’re a source for a particular overdose, you can get a 20-year federal prison enhancement on top of the time you’ll spend as a drug trafficker.

It’s part of the three initiatives the DEA's focused on this year, hoping to reduce all three: Opioid overdose deaths, meth trafficking, and drug-related violence.

"You had a period of time for a few days with numerous overdoses and after we got this individual off the street, those overdoses went away. So there’s a direct result of our work and we’re keeping people safe," Scott said.