'I had given up, but they never did': Recovering addict thanks UofL Health staff for saving his life

"What you guys did it doesn't just help me because it put me on the path where I want to help other people too," Michael Standiford said. 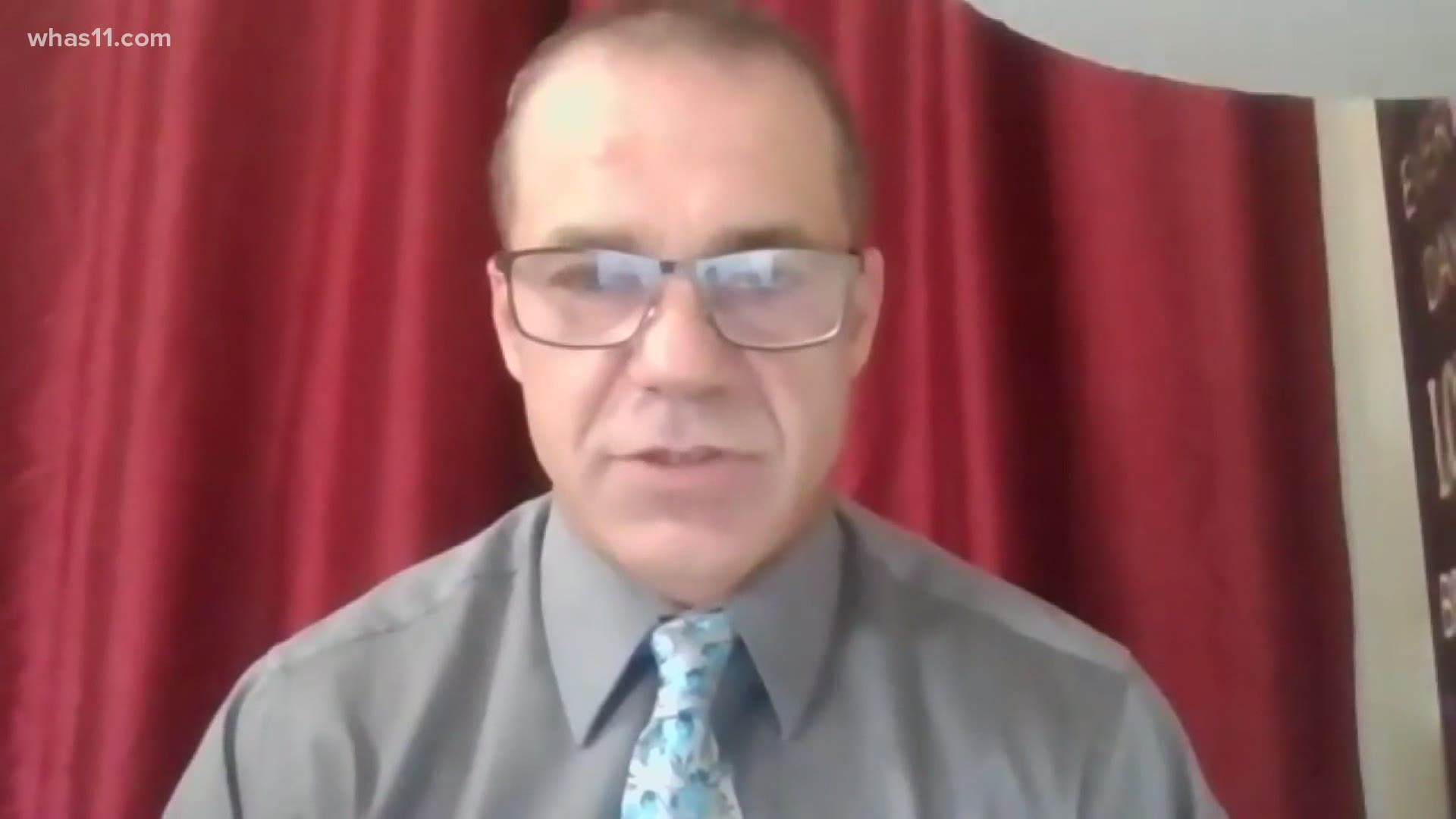 LOUISVILLE, Ky. — They are the hidden heroes working on the frontlines to save lives during the pandemic, and that means battles beyond the virus. The staff at UofL Health sees patients suffering from addiction almost every day. Now, one a recovering addict is thanking the team for saving his life.

Michael Standiford, 46, is pursuing a Bachelor's in psychology in Florida, but before that he struggled with drug and alcohol abuse for 30 years.

After being in and out of foster care, the Jeffersonville native, started using drugs when he was 13.

"I didn’t realize at the time, but now looking back, I was using drugs and alcohol to cope," he said. "Almost immediately after I started doing meth, I started to experience meth-induced paranoid psychosis and that's what got me in and out of your hospitals so much."

It almost killed him.

"And there were several occasions where I would eat three or four bottles and that's a lot of drugs; that's enough meth to keep you up for two months," Standiford said.

In May 2018, he was shot. A few weeks after that he ended back in the hospital bed because of an overdose.

"I'll never forget this one lady, I wish I knew her name, and I went in there and I literally had vomit in my hair I had threw up and fell into the vomit and the lady was still rubbing my head, Standiford said. "She was like 'Michael it's going to be okay, it's going to be okay.'"

Standiford said he felt like he was on the verge of death at that time.

"I know what it feels like when I'm dying and I was dying but her care saved me," he said. "It saved me because I felt enough peace...I don't even think that's a part of her job description!"

He recently sent a thank you note to the hospital staff, saying if it wasn't for them, he would never have gone to Florida nor been sober for two years.

"Even when I didn't care about myself, they cared about me," Standiford said. "I had given up but they never did and thank God for that."

ER physician Dr. Martin Huecker said during the pandemic, the staff has seen many patients suffering like Standiford once did.

"Drug overdoses and visits for substance abuse and also psychiatric illness kind of went up," Huecker said. "People are under more stress, people cannot get to medication assistance treatment or medications for opioid use disorder."

Standiford said he plans to use his story to reach people who are in the shoes he was able to get out of.

"What you guys did it doesn't just help me because it put me on the path where I want to help other people too," Standiford said, sharing the message with Huecker during a virtual call Wednesday. "That's why I'm taking psychology and that's why I'm pursuing a career in the addiction industry."

Standiford said his message to those battling addiction is to hold on to hope.

"Don’t ever lose hope," he said. "Every day you wake up and get a chance to make another decision."