On Aug. 27, Tony Booker had just pulled into his driveway on Kiefer Rd. when three people surrounded his vehicle and shot him multiple times. 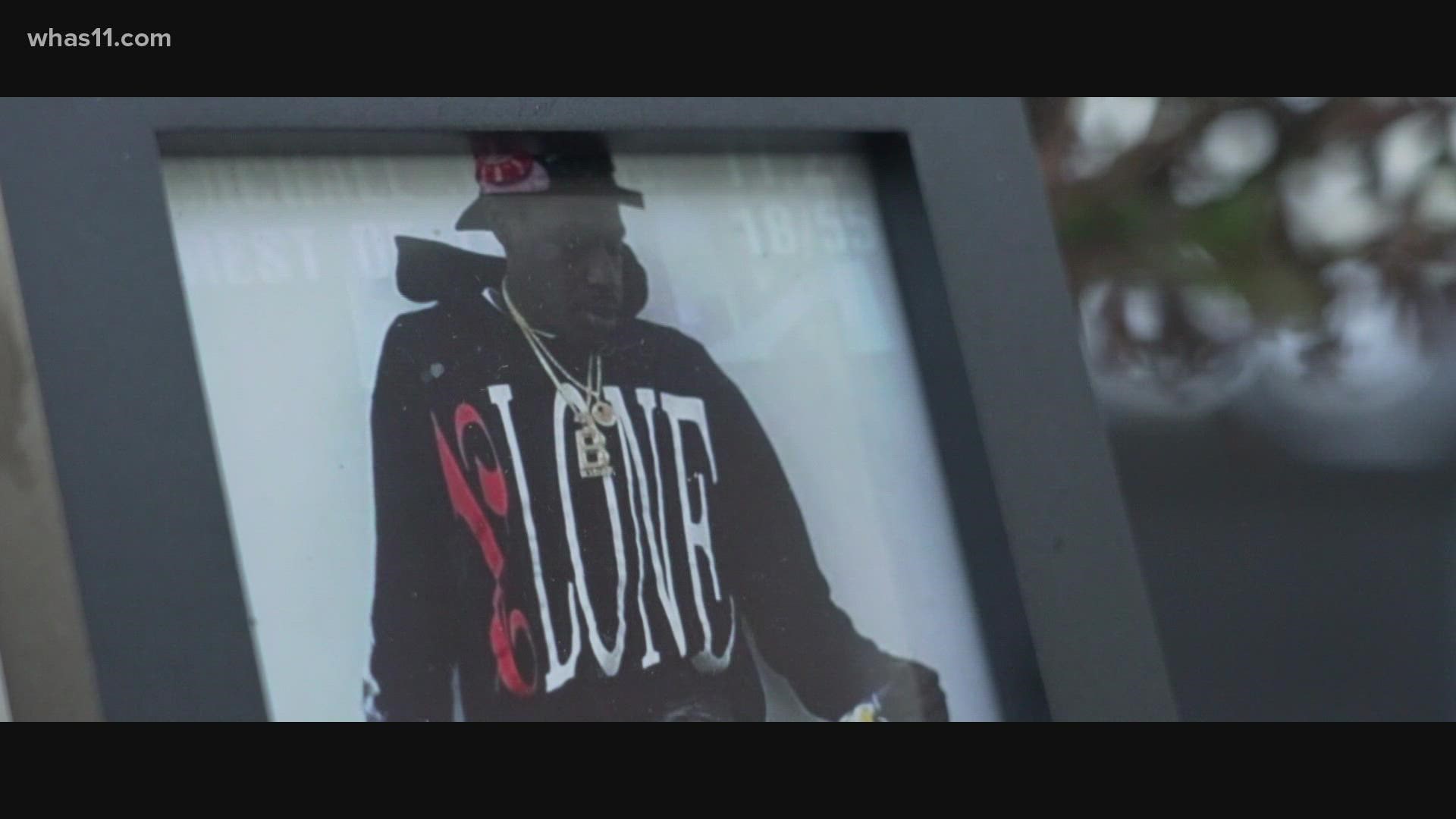 LOUISVILLE, Ky. — A husband and father was ambushed and executed outside of his home this summer. Now, Shively Police and the man's family are asking for the public's help in solving his murder.

On the evening of Aug. 27, Tony Booker had just pulled into his driveway on Kiefer Rd. when three people surrounded his vehicle and shot him. Booker was hit multiple times and rushed to the hospital, but he did not survive.

Booker's wife, Taitaina Booker, said she ran outside as soon as she heard the shots. She said witnessing her husband's death and having to live without answers has kept her up at night.

"I wouldn't wish this pain on anybody," she said.

Shively Detective Preston Eisenback is the lead on the case. He said surveillance video from a neighboring house helps tell part of the story of what happened that night.

The video shows three suspects closely following Booker as he pulls into his driveway. Before Booker is able to get out of his car, they fire more than two dozen shots.

"It's gut-wrenching to see how heinous of a crime this is," Eisenback said.

He said the way the suspects positioned themselves appeared "strategic" and he doesn't think this was a random act of violence.

"They had a very specific mission that they were wanting to carry out, and that was to take somebody's life," he said.

Moments after the shooting, the suspects ran from the scene.

Police haven't been able to identify the suspects, but the surveillance video does provide a few clues as to who they might be. All three suspects wore hooded sweatshirts during the shooting and Eisenback said one of them appears to be a juvenile.

The getaway vehicle captured in the surveillance footage, a Toyota RAV4, was stolen and has already been recovered. However, Shively Police are releasing the image of it in case someone knows who may have stolen it.

Taitaina Booker said she is also hoping that someone comes forward with information as she prepares to endure the holiday season without her husband,

"Please give some peace to this situation and let me and my children be able to grieve a little easier," she said.

If you have any information about this incident - no matter how small - you can leave an anonymous tip by calling 582-CLUE (2583).