Donations to the West End Initiative will be used to help with groceries and utilities and rent. Donations of food and toiletries are also being accepted. 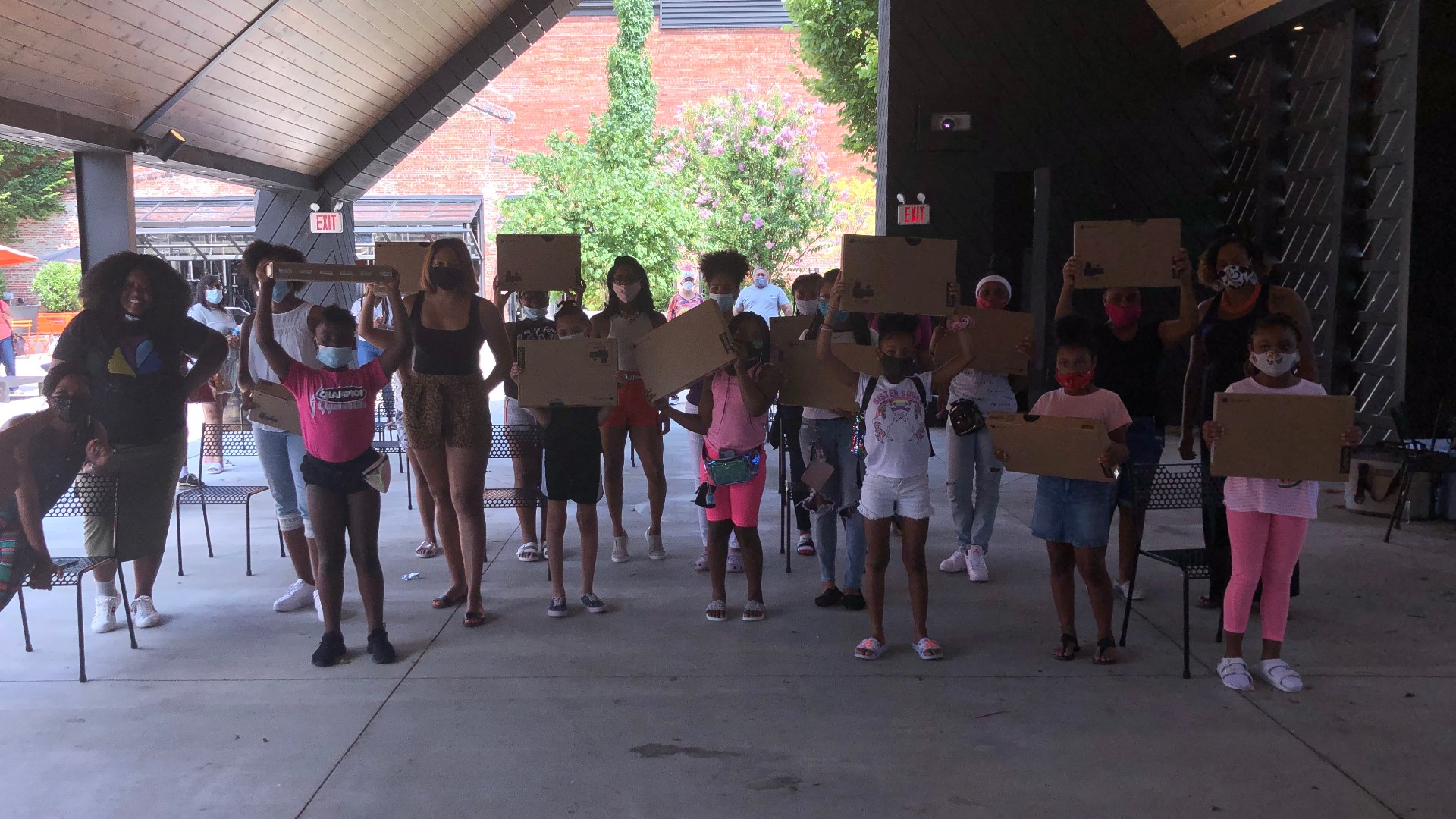 LOUISVILLE, Ky. — In light of the hardships caused by the COVID-19 pandemic and systemic racism, Louisville Scoop is holding a special fundraiser for families in West Louisville.

The digital media company’s West End Initiative is focused on helping predominantly Black neighborhoods like Portland, Shively and Shelby Park, among others, by bringing additional resources to areas that are the most “under-funded, overlooked, and neglected,” according to the website.

With back-to-school season right around the corner, Louisville Scoop wants to bridge the gap between minority and white students. The group has given away dozens of laptops to children in the community and recently hosted a panel for students that covered topics like making friends, making smart decisions and tips for navigating middle and high school.

For founder Meagan Shaver, the initiative is all about mentorship.

“Just knowing that we are here and we’re there for them is the biggest thing possible, but then also being able to relate to them, knowing that they’re not there by themselves,” Shaver said.

Donations to the West End Initiative will be used to help families in need with groceries and utilities, as well as rent and mortgage payments. Funds will also go toward Black-owned businesses who are struggling due to the pandemic.

Louisville Scoop is partnering with Shred415 Hurstbourne for a fundraiser Friday. Proceeds from the 6 p.m. class will be donated to the West End Initiative. If you can’t attend the class, donations of non-perishable groceries, toiletries, school supplies and gift cards can be dropped off at either of the Shred415 locations in Louisville.

Shred415 Hurstbourne is located at 9347 Leesgate Road. The Highlands location is at 642 Baxter Avenue.

You can also donate to the West End Initiative directly on the Louisville Scoop website.

Make it easy to keep up-to-date with more stories like this. Download the WHAS11 News app now. For Apple or Androidusers.