Male's Selah Brown prepares for commitment ahead of senior year

The four-star defensive end is rated as the best defensive recruit in Kentucky for the class of 2022. 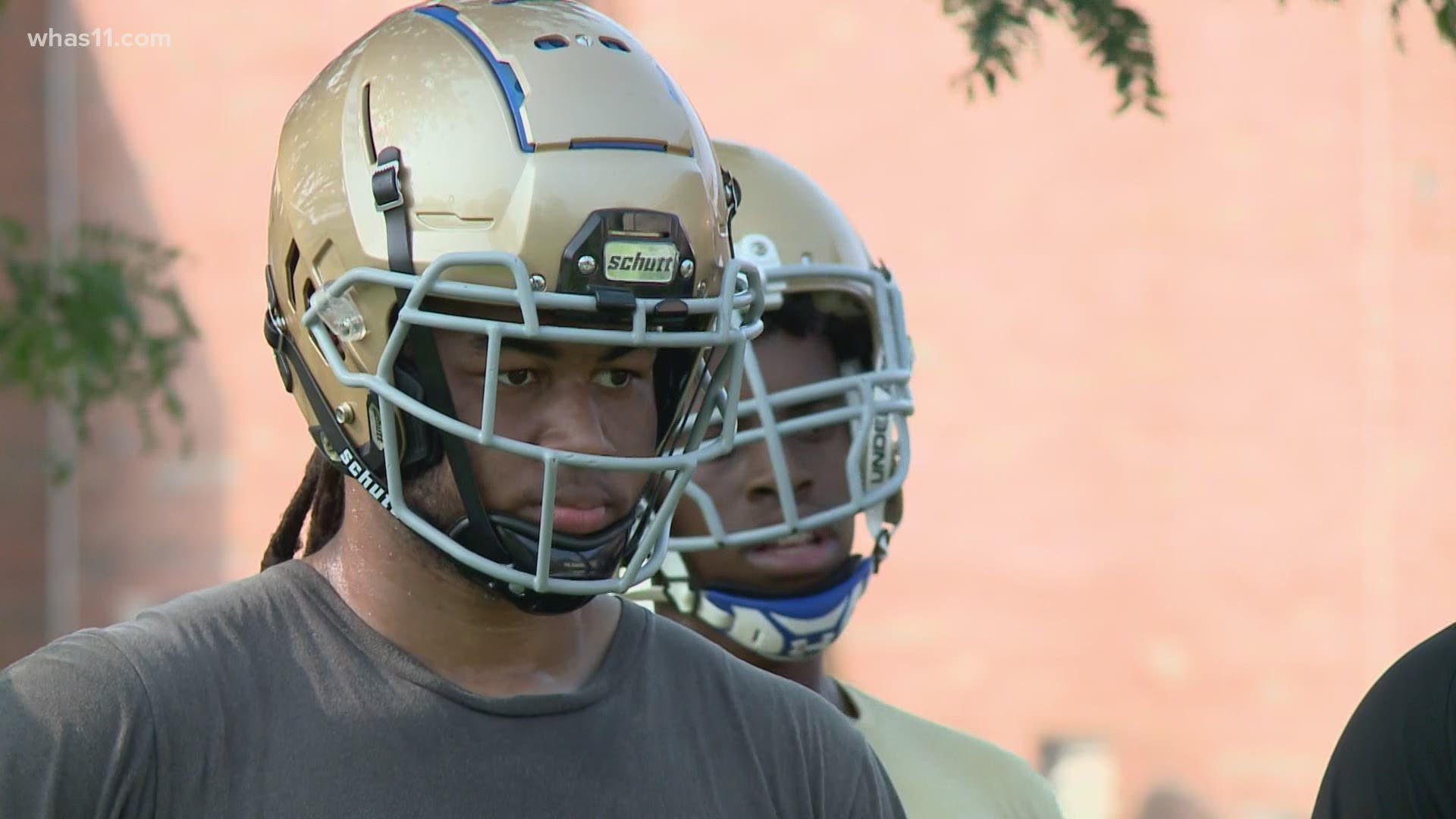 "When he was a freshman, people were like, 'Hey, did you see the unicorn at practice today,'" Bulldogs head football coach Chris Wolfe said.

"Unicorns are rare," Brown said with a smile. "So it's like I'm a rare player."

That's been clear since the defensive lineman played running back in middle school. Now, he's a four-star defensive end whose athleticism and versatility have made him the top-rated defensive player in Kentucky's class of 2022.

"To have a 260-pound kid that once upon a time played running back, and is on our basketball team and plays on the D-line, that's pretty impressive," Wolfe said.

"I can run the ball like a fullback," Brown said. "I can play everywhere on the D-line. And then also, I can play stand-up linebacker and drop back into coverage."

Plenty of Power Five schools are already impressed. The senior currently has 25 scholarship offers, including one from his hometown school: the Louisville Cardinals.

"UofL is a great program," Brown said. "I've always been a fan of UofL growing up. I've always wanted to play for them."

Brown worked out a Cardinal football camp in June and taken unofficial visits to the university. He said he has built a solid relationship with the coaching staff.

"It's always feeling like home when I go there," Brown said. "It's like I personally know them."

While Louisville is a possibility, Brown is still weighing his options. He has taken visits to Illinois and Northwestern, where he came away impressed with "family-centered" programs at both schools.

"It's just a blessing to know that they want me," Brown said. "And then the pressure of being a hometown hero and all that stuff, I don't really let it get to me. Everybody has their own opinion. So if I were to go to Louisville, then it'd be great. If I weren't, then it'd still be great. I have support on both sides with that.

With that in mind, the unicorn wants a rare feat to make his impact at Male.

"I want a ring in both sports so I can feel like I've left my legacy here at Male," Brown said.