Stephen Stallings Jr. excited to be back for Barbasol Championship

The St. X and UK alumnus is looking for his first career PGA Tour victory. 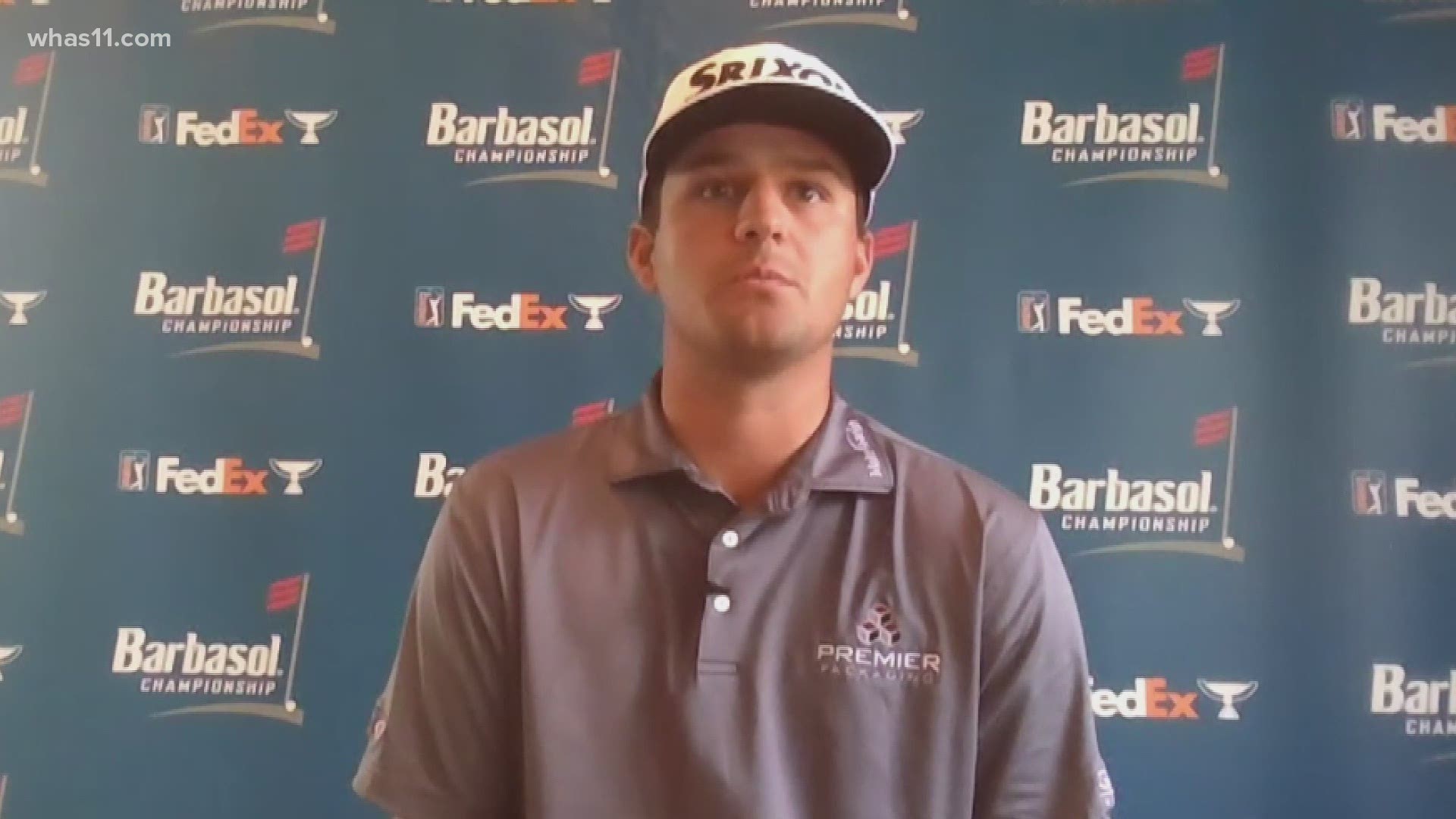 NICHOLASVILLE, Ky. — Louisville native and former University of Kentucky men's golf standout Stephen Stallings Jr. is back for a second run at the Barbasol Championship in Nicholasville this week.

"I’m really excited to be back in Lexington," Stallings Jr. said. "I spent the best four years of my life here going to Kentucky.”

Stallings Jr. is a former Wildcat captain who was a KHSAA individual state champion during his time at St. Xavier High School. He finished in a tie for 45th in the 2019 Barbasol Championship at Keene Trace Golf Club. It's one of the five PGA Tour events he's played in since turning pro in 2018.

The 26-year-old has made three cuts, with a tie for 33rd at the Corales Puntacana Resort & Club Championship being his best tournament finish. He thinks his familiarity with this course in his home state can help beat that.

“I think this golf course really brings out the best in my game," Stallings Jr. said. "I’ve played a lot of golf here over the years: junior tournaments and I played here in college a lot, we did a lot of qualifying up here. I really like the look of the golf course.”

He's also a big fan of the food scene from his college days. Stallings has been visiting some of his favorite spots and catching up with old teammates. But plenty of loved ones will also be coming to watch him play in hopes of seeing his first PGA Tour victory.

“I want to play well for all my friends and family that are coming out," Stallings Jr. said. "So I’m trying to come out here and have fun. I’m not trying to put expectations because that’s in the back of my head. It’s not easy playing in front of a lot of friends and family sometimes just because you want to play well. But I’m just going to come out, enjoy the moment and see what happens.”