During the final stretch, Tiz the Law tried to make a move on the outside of Authentic but didn’t have enough gallop to get the win. 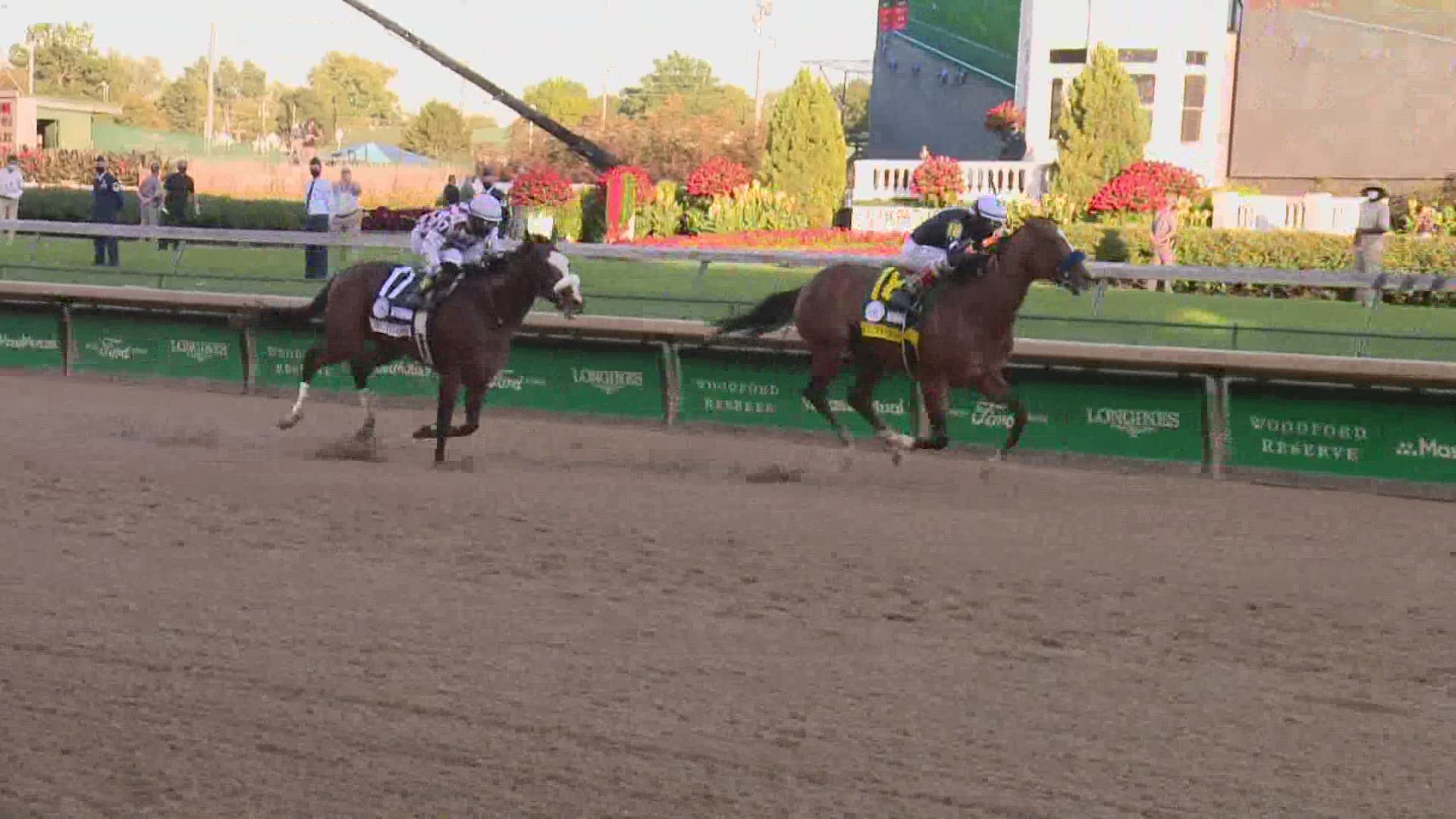 Thousand Words, Baffert’s other contender in the Derby, was scratched shortly before the race after flipping over on his backside and being helped up while in the Paddock area of Churchill Downs.

This year’s Kentucky Derby was unusual due to the COVID-19 pandemic and no fans in the stands.

Jockey John Velazquez and Authentic started out the 18th gate strong and led at the first turn. Ny Traffic, Storm the Court and Tiz the Law gave him a good chase but Authentic didn’t let up.

During the final stretch, Tiz the Law tried to make a move on the outside of Authentic but didn’t have enough gallop to capture what would have been the second jewel of the Triple Crown.

“It’s always a concern that you let the horse do too much early in the race. You like to save ground and save some horse for the end. Bob was pretty certain the horse was ready today," Velazquez said. "I let him get loose and get comfortable. I waited until the horses got to him to get after him and he responded right away. Bob kept telling me to make sure I saved that last eighth of a mile. I want that eighth of a mile. He said I want you to hit left-handed and he responded. It worked out the way we had planned it. Very proud of the horse.”

After the race, Tiz the Law’s trainer Barclay Tagg said the colt “just didn’t have it today.”

Authentic’s win gave Baffert his 6th trophy while tying the record with Ben Jones for the most wins in Kentucky Derby history by a trainer.

Baffert told reporters at the end of the race that the win was dedicated to his assistant Jimmy Barnes who suffered a broken arm after Thousand Words’ fall.

“I have a lot of emotions running through my mind right now with Jimmy not able to be here. We knew that horse [Thousand Words] could be a problem. Jimmy has a broken arm. The key to this race was the break. We’ve been planning this out the last couple of nights at Jeff Ruby’s," Baffert said. "We knew we had to get away from there. We talked about where certain people would be. Johnny is a world class jockey and knows where everyone should be. I told him what I thought and he told me what he thought. I said ‘I like your plan.’ I told him what the horse likes and what he can do. I’ve been fortunate to have some great jockeys, this race was won by Johnny, just the way he handled the horse and how he finished. He earned this. He beat a really good horse. Tiz the Law is a top notch horse. I feel bad for the connections. I’ve been there. But, this never gets old. We just feel so fortunate and blessed.”

Baffert had his own scare in the Winner's Circle when he was knocked out of the way when Velazquez tried to get control of Authentic. He was okay.

1 / 14
AP
Trainer Bob Baffert is knocked to ground as Jockey John Velazquez try to control Authentic in the winners' circle after winning the 146th running of the Kentucky Derby at Churchill Downs, Saturday, Sept. 5, 2020, in Louisville, Ky. (AP Photo/Jeff Roberson)

The next and final race in the Triple Crown is the Preakness Stakes on Oct. 3.