The Bears wide receiver is the football team's captain this season. 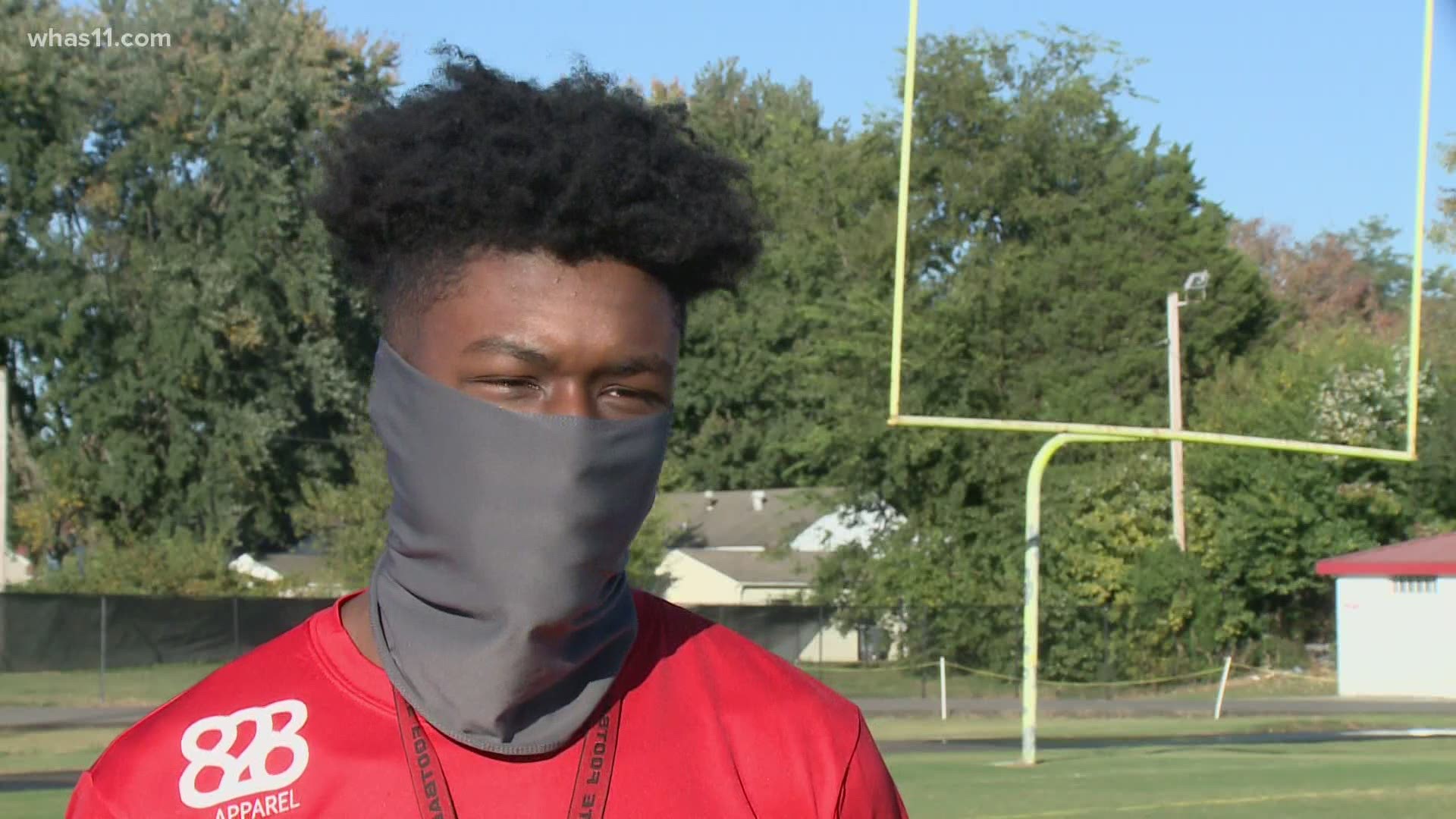 "I came here to play soccer," Caldwell said. "I played football in middle school and then I really just wanted to follow my brother, honestly."

The senior ended up following in his older brother Frank's footsteps. Frank is now a sophomore defensive lineman at Lindenwood University, but he starred at Butler and set an example for his younger brother.

"Anytime you see Frank, you always seen Jeff," Butler head coach Gary Wheeler said. "So he kind of like led the way."

"He definitely taught me everything I know," Caldwell said. "And I definitely take a lot of things from him. I've always tried to be better than what he was."

But that wasn't the only older Bear to set a high bar for him. Caldwell took notes from Louisville wide receiver Jordan Watkins and Kentucky wide receiver Demontae Crumes, who are both former Butler standouts.

"Just what they done, how they work hard and how to be like them," Caldwell said of what he took from Watkins and Crumes.

"The big thing with Jeff has been his confidence," Wheeler said. "He'd been behind those guys for two, three years. And this year, he's come into his own."

Wheeler has seen that through Caldwell comfortably being himself while embracing his leadership role as Butler's team captain.

"He's around every day," Wheeler said. "He's always talking to the kids. He's talking with the freshmen guys and making sure they're fine. He'll help tutor a kid if you need to. He's a really important guy in our football program."

"I've always been a leader in my life," Caldwell said. "I was just ready to take on the role. I definitely lead by example, I'm not too vocal."

And he's never needed to be while applying the lessons he's learned from others to become his own leader.

"Some kids are different and he's just different," Wheeler said.