Lacie Badgett is not only the starting goalkeeper for the Eagles' girls soccer but a linebacker for the football team as well. 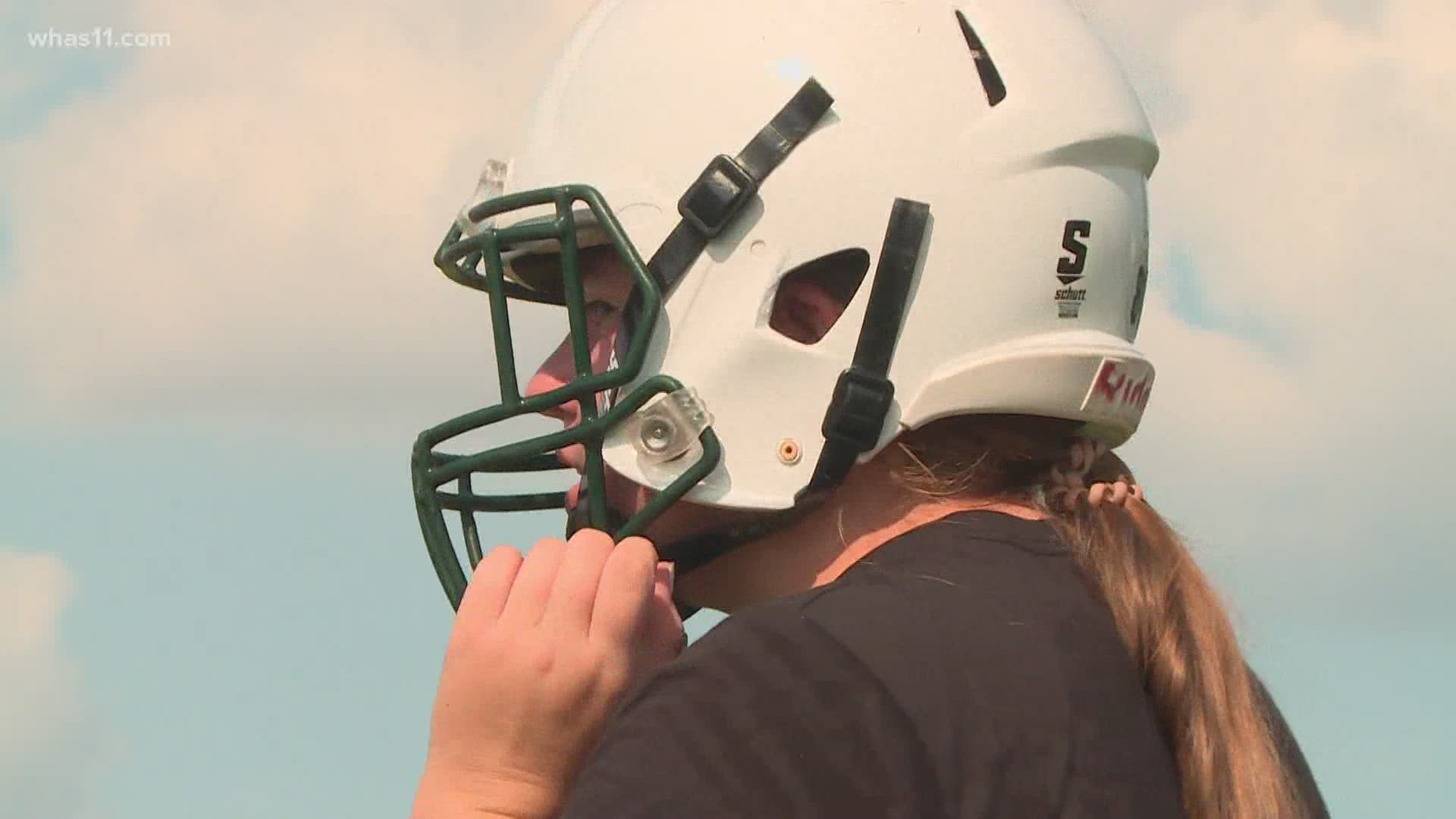 Lacie Badgett has been playing soccer since she was young, but her kicks caught the eye of North Bullitt's football coaches. While the teams may share a field, moving from soccer to football is not an easy transition.

"I gotta realize, like, oh, this isn't a soccer ball, you can't just kick it anywhere and it's going to go where you put it," Badgett said.

She kicked for the team during 2019 season, but in the offseason, she decided to jump to defense. She practiced and conditioned, eventually finding her place as a linebacker.

"Girls that kick are not out of the ordinary, I don't think anymore," defensive coordinator Jason Dickerson said. "It's the ones like Lacie that want to play another position that you don't find every day."

Dickerson said Badgett is just as deserving and dedicated as all of her teammates.

And a big tackle at a recent scrimmage proved her point. Her teammates said she was impressive, putting in work every practice before heading out to soccer.

"I don't like hitting the 300 pound guy, so when she does it, it's even more impressive," one teammate said.

For Badgett, it's not a matter of guy or girl — it all comes down to hustle and heart.

"If you want to play it, go for it," Badgett said. "Don't let any label hold you back from playing a sport."