The Tiger senior will play football for the Midshipmen. 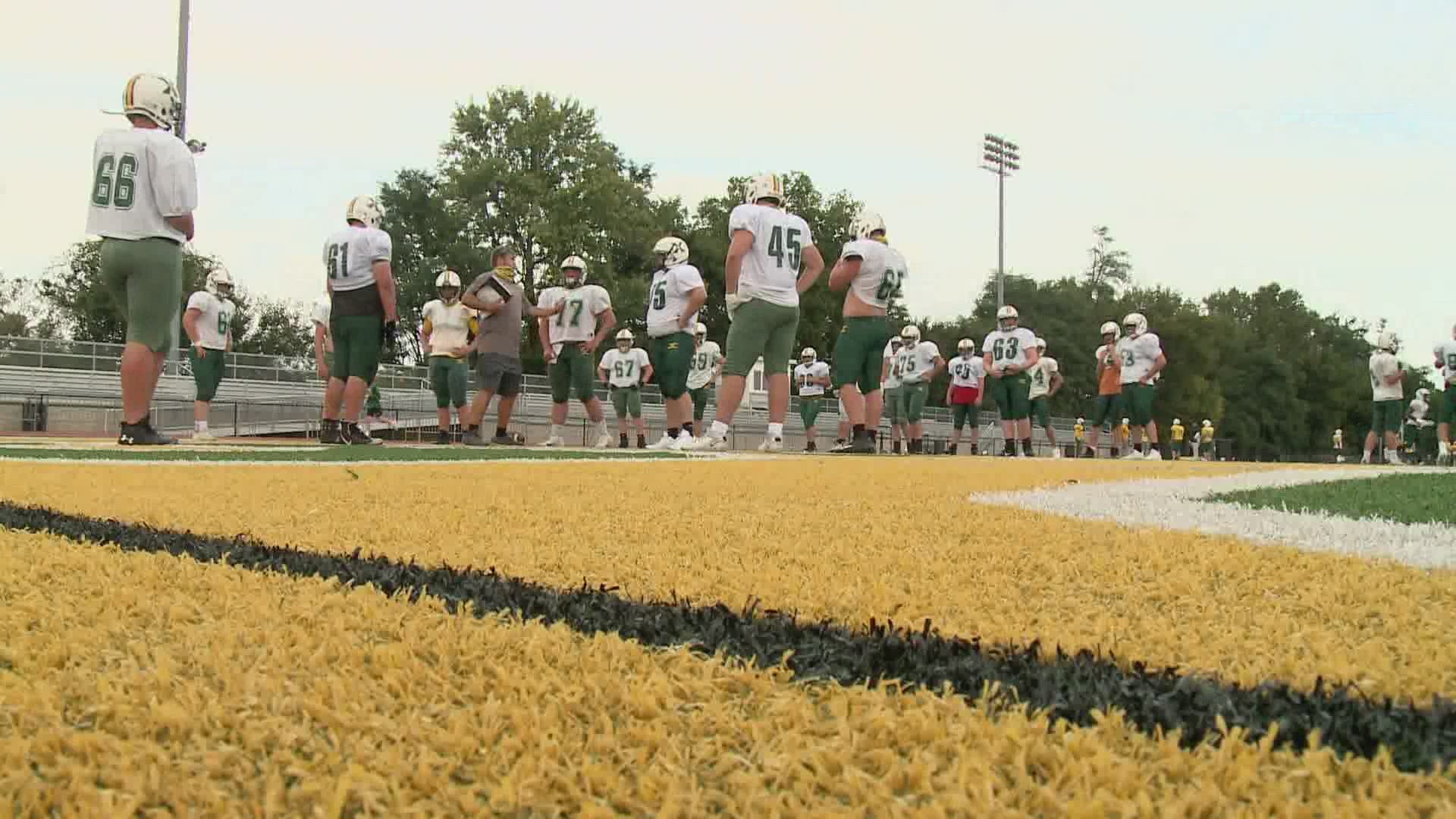 LOUISVILLE, Ky. — For star high school prospects, choosing where to play college football during normal circumstances is a difficult enough. But during a pandemic?

"It's like looking for a light switch in a dark room," St. Xavier offensive lineman Evan Brown said. "You can't go to campus and visit, you can't really get a real feel for what the school is like."

And the one he found is going to require more than a football uniform.

"I knew near nothing about the Naval Academy," Brown said.

The Tiger left tackle is a two-star recruit who committed to Navy back in July. He said he didn't grow up with a ton of interest in the military, but did have some exposure to it with a former Army Ranger for a stepdad. All of that being said, there was a good deal to learn about the naval experience.

COMMITTED. Huge thanks to @CoachAIngram and the Navy staff for the opportunity of a lifetime‼️ pic.twitter.com/Va5FhPx3JT

"Those types of institutions, it's certainly not just about playing football," Wallace said.

"I was kind of skeptical at first, but now I'm ready for it," Brown said.

That's due in large part to a Zoom call with one of Wallace's former players: Navy starting fullback Jamale Carothers, a former Mr. Football in Kentucky who played for Wallace at Bowling Green High School.

"I thought the biggest question was, what's so different from the Academy to a regular college experience," Brown said he asked Carothers. "And what he told me was, it's really not much different: you're in college, you're going to school. The only difference is you got to wear a uniform every day.

"You go to the military thinking about going to war and fighting and all, that's really not what it is. Especially as an officer, you're going to be the one leading your guys."

Brown isn't sure of how he'll exactly be leading off of the field just yet. He said he does have an interest in aerospace engineering and piloting. But Wallace believes leadership, particularly of this kind, will suit his star senior.

"I've been fortunate enough to coach some guys and that have been Academy players and Evan fits the mold," Wallace said. "He's a three-year starter, which is not normal in a program like this. And there's an instant credibility that he has among his teammates. The way he goes about his business, it's been a great style of leadership."

"I feel like my leadership style is as much vocal as it is you know through my actions," Brown said. "I like to be the hardest working player on the team and show the most effort. That speaks when we're on the field."