Derek, Darren and Dustin have all played for the Colts. 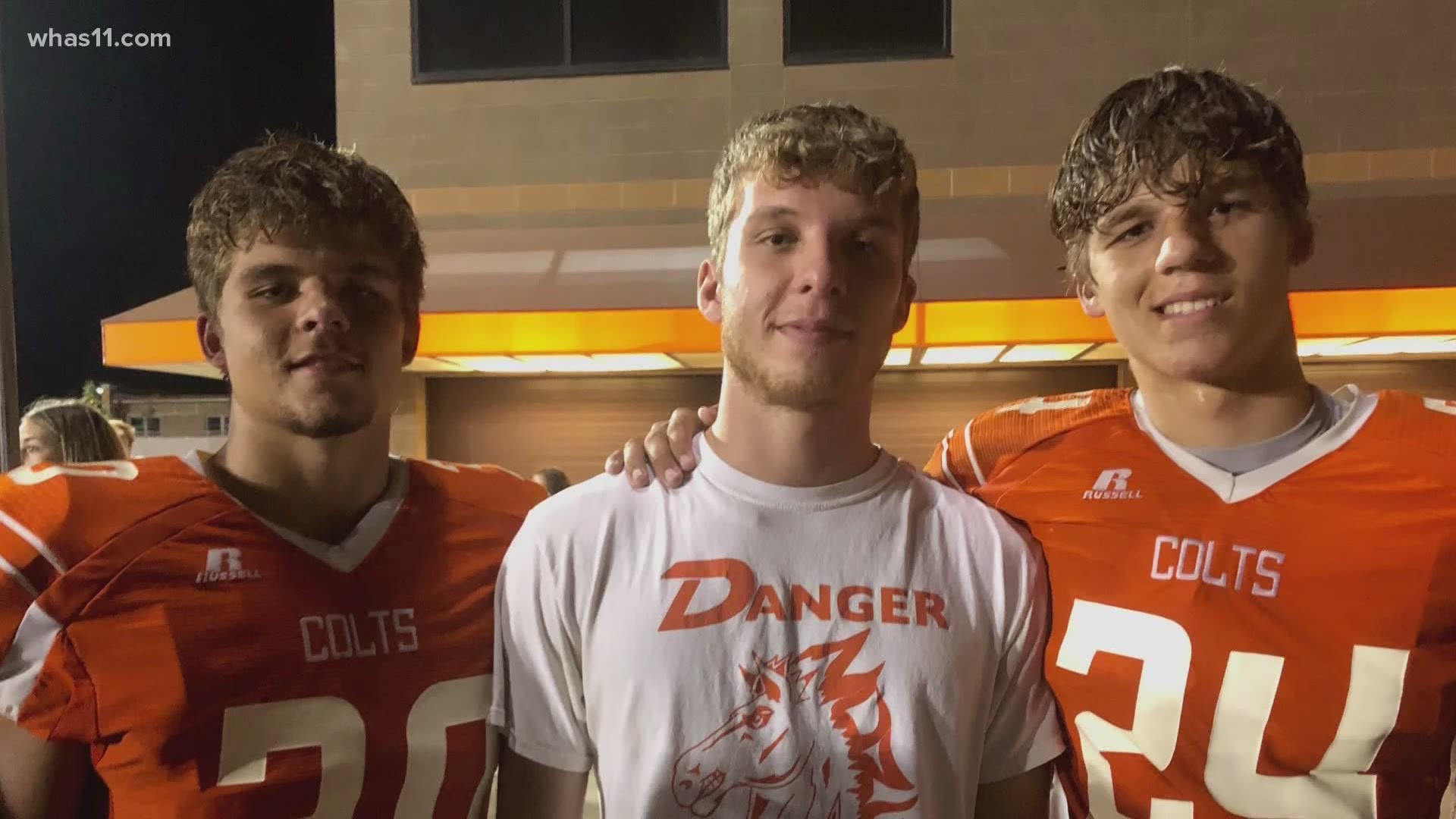 And really, they've lived it. Raised by a father who played himself and later coached his sons, three young men have come through the DeSales football program.

Derek's older brothers in Darren and Dustin preceded him, as he played some with Darren while Darren played with Dustin for a period too. But they also got some hits on each other way before they ever suited up for the Colts.

"Growing up as kids back in the day, we got to bring our pads home," Derek said with a smile.

"Just coming home from practice, you're all built up and got adrenaline going," Dustin said with a grin of his own.

"We put our pads on and just lined up and hit each other for no reason," Derek said with a laugh.

But it actually started preparing them for the shared experience they'd come to love: playing football for the Colts. Whether it was Darren lining up with Dustin or Derek standing next to Darren, the brothers fed off of each other.

"You go through good times, you go through bad times and being able to go through that with your brother, that's really special," Darren said. "You get to see him make mistakes, but also learn from those mistakes. It really makes you calm when you have somebody out there you've played with for a while and it just makes you relax."

It also helped them remember everything they had learned from watching one another, like what Derek learned from Darren.

"He was very inspirational to me," Derek said. "He was a silent leader, I like to say that because he led by example. And you can just feel the energy off of him, just the way he plays and how hard he plays and his passion for the sport."

That's something Darren took away from Dustin.

"I think that had a real big impact," Darren said of Dustin's example.

"They're very, very coachable kids," DeSales head coach Harold Davis said. "And I think that's a big trait and that's probably the best part of them."

It's a physical trio whose last member will enjoy the final hits of a senior season. As Dustin and Darren watch Derek wrap up his career this year and their parents enjoy a last round of tailgates, they haven't taken this entire experience for granted.

"I want to be down there playing with them," Dustin said. "But just watching him, it's great."

"It's really special, one of the highlights of my life," Darren said. "I wouldn't trade that for the world."