Trump said the order would direct the Department of Education to "eliminate every penny of federal student loan debt" owed by disabled veterans. 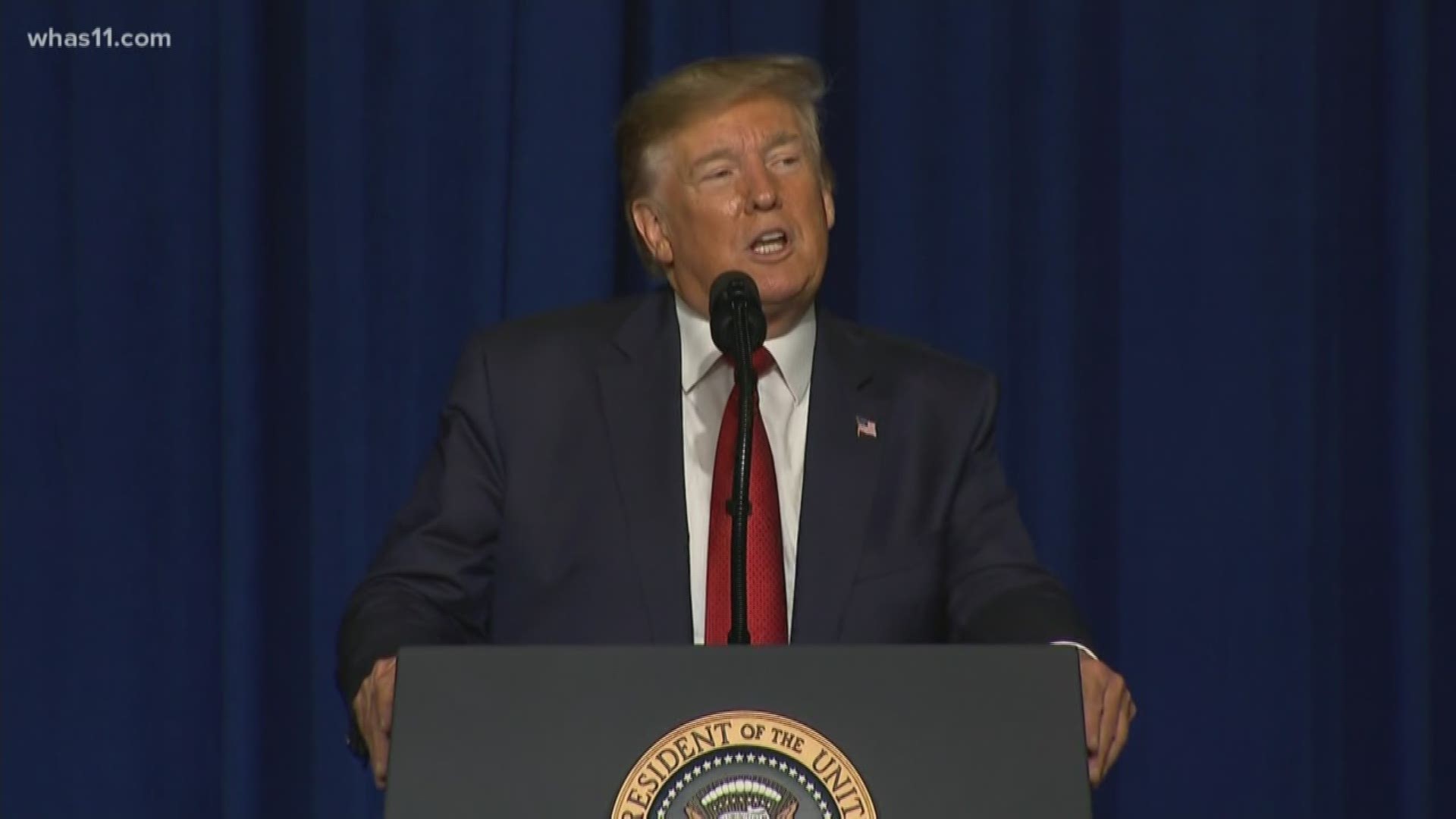 "No President has said we are keeping America First, before, except me," Trump proclaimed to a cheering crowd.

He cited his support of the Veterans Affairs Accountability Act, which was signed into law last summer. The law helped pave the way to fire unethical managers and cut red tape to speed up healthcare for VA patients.

“We’ve removed more than 7,600 employees who failed to give the vets the care they deserved," the President said.

“My administration is determined to do everything in our power to save the lives of our heroes," Trump says. "My administration has secured $8.6 billion for mental health services and VA is now providing same-day mental health services for people that walk in the door. To every veteran who is facing this struggle, I want you to know you are not alone."

After his speech, trump signed an order erasing debt for disabled veterans.

"I will sign a memorandum directing the Department of Education to eliminate every penny of Federal student loan debt owed by American veterans who are completely and permanently disabled," Trump said.

"There will be no federal income tax on the forgiven debts," Trump said, saying he'll also ask states to waive their taxes on the loans. America, he said, owes its heroes "a supreme debt of gratitude."

The administration says just half of the roughly 50,000 disabled veterans who are qualified to have their federal student loan debt forgiven have received the benefit because of a burdensome application process. The document directs the government to develop an "expedited" process so veterans can have their federal student loan debt discharged "with minimal burdens."

Trump was visiting Kentucky to speak to more than 2,500 veterans at the nonpartisan service organization, also known as American Veterans.

After the speech, Trump headed to a Louisville fundraiser for Republican Gov. Matt Bevin's reelection effort.  Bevin is running against Democratic state Attorney General Andy Beshear in what's shaping up to be a close November election.