The group called for justice for black Americans, specifically when it comes to issues of police brutality. 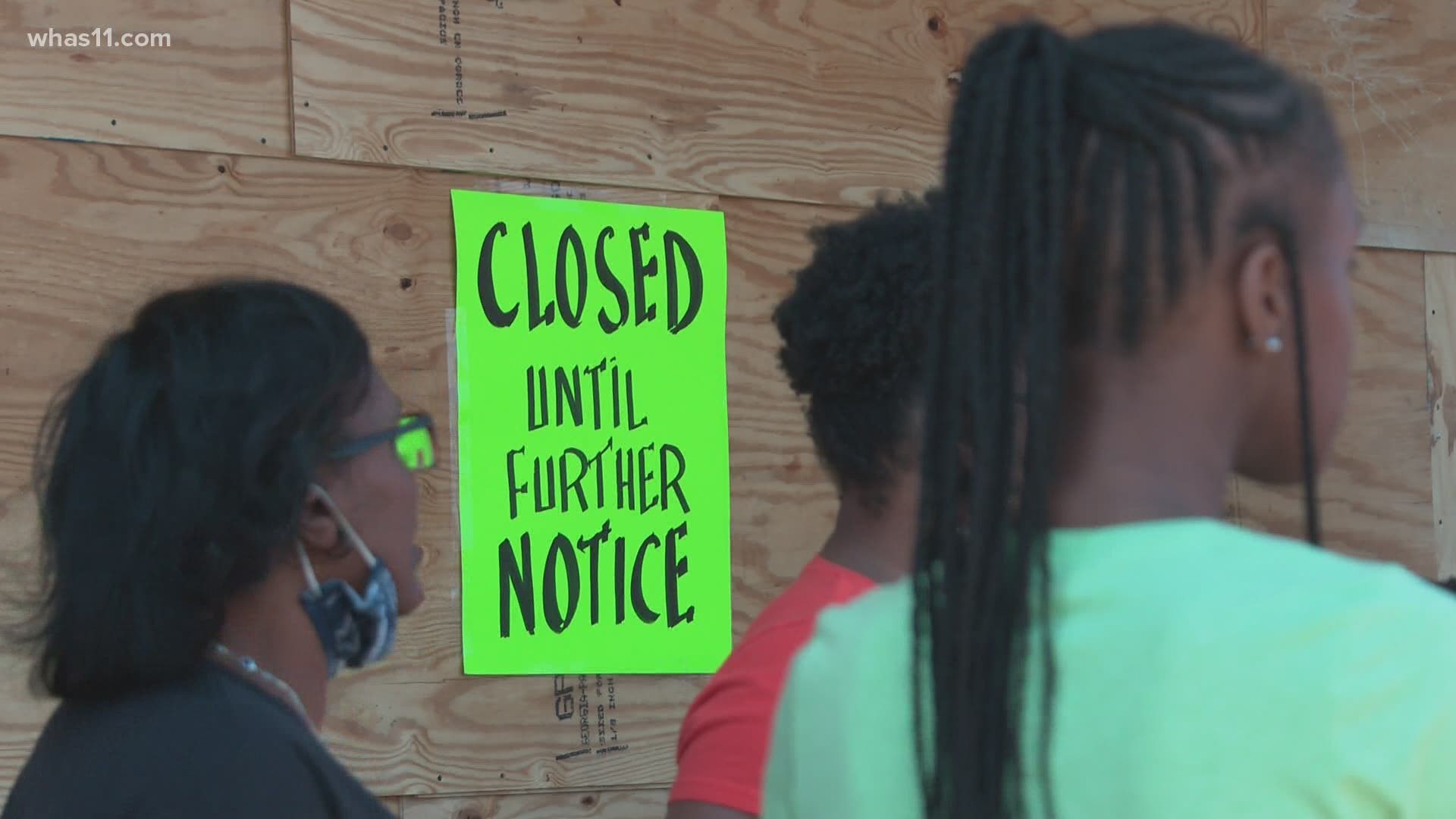 LOUISVILLE, Ky. — As the sun continued to rise higher Tuesday morning, the crowd grew outside the West Broadway Kroger grocery store to pray and help clean after people looted the store Monday night.

"Church is not in service right now inside the building, so we as a community, we have to bring the church to the people," Tonya Trumbo, a West Louisville neighbor, said.

The group called for justice for black Americans, specifically when it comes to issues of police brutality. This comes after several days of protests in Louisville following the deaths of Breonna Taylor in Louisville and George Floyd in Minnesota, who were both killed by police officers.

"It is 400 years of our evolving system of oppression," Martin Lindsey, a Russell neighborhood resident, said. "This just happens to be how it's playing out now."

The store had been boarded up Monday afternoon, but people were still able to break in that night. The store was closed Tuesday, but Trumbo and others said they did not want their message calling for justice to be obscured or distorted by the images of looting and destruction, even though they understand the anger that could lead to such actions.

"It is unity here in our neighborhood," she said. "There is true unity."

But Trumbo and others know for many of their neighborhoods in West Louisville without easy access to transportation, the damage is amplified as other options for groceries are not as accessible to them.

"I mean it's cars from one end to the other," she said. "They know that we depend on this Kroger."
"Their lives have been upturned by events like this in the very immediate sense," Lindsey said. "They don't have their daily necessities."

But some other neighbors have stepped up. Some have offered to buy or deliver groceries for those unable to do so. TARC provided a fare-free bus Tuesday connecting the West Broadway Kroger to the grocery store on 35th Street.

The West Broadway location will be opened from 8 a.m. to 4 p.m. Wednesday. This does not include pharmacy or fuel services.