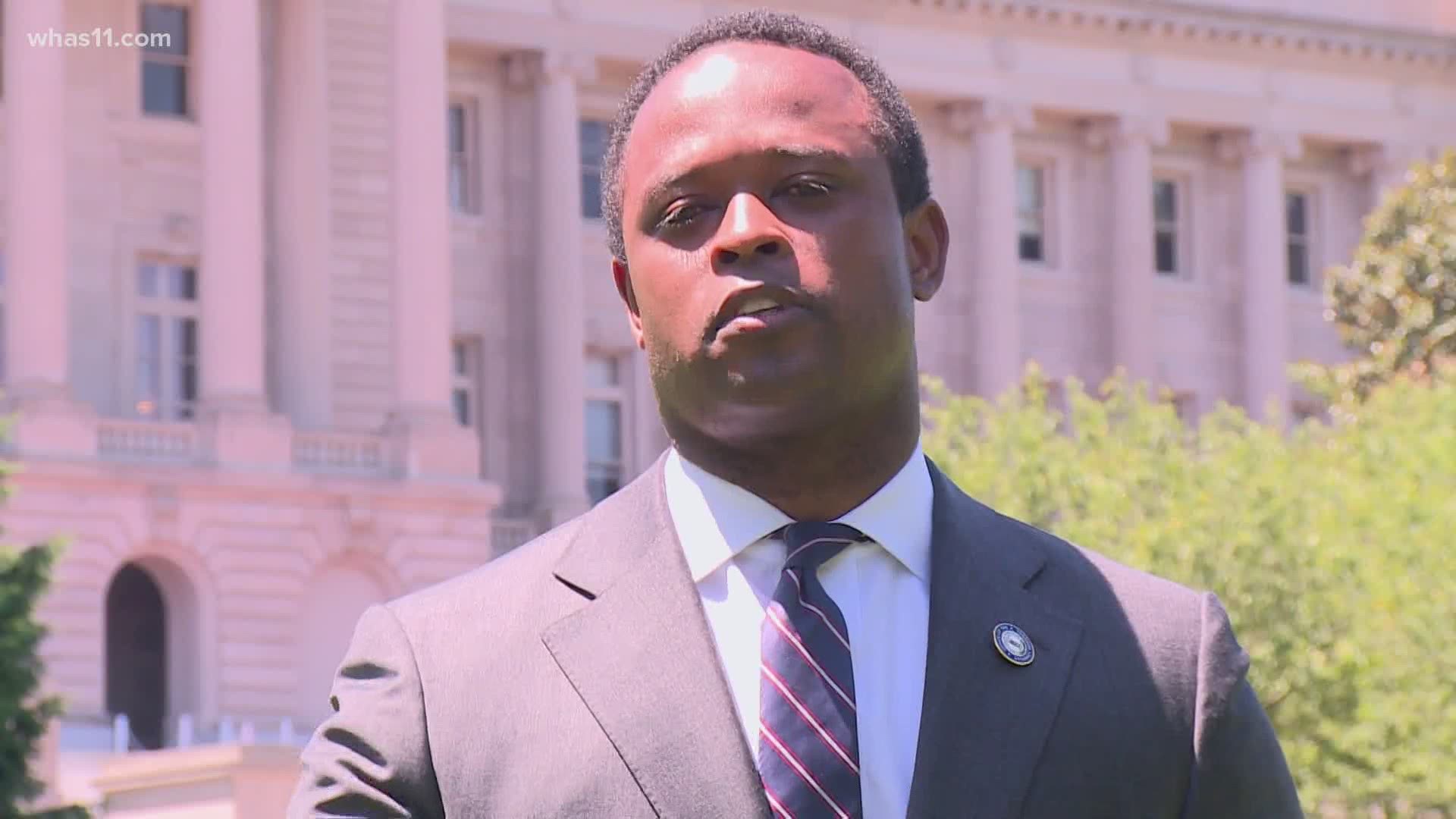 FRANKFORT, Ky. — Kentucky's top law enforcement officer promises the truth will be revealed in the Breonna Taylor case. Attorney General, Daniel Cameron, finds himself in a unique position as the first African-American Attorney General in Kentucky history and a key role in the controversial case of the Louisville EMT shot to death by police in her own home.

In an exclusive interview with WHAS 11, General Cameron called for law and order as peaceful protests march through the streets of Louisville. He also encouraged demonstration leaders to continue to separate their activities from bad actors who are looking to silence any meaningful dialogue.

“I’ve already encouraged people to reach out to me to have larger constructive conversations about how we can all move forward together in a unified way and I think that is part of my responsibility as a black man who sits in the Attorney General's Office”, Mr. Cameron said.

When asked whether he should march with the protesters, he answered, “I think, in terms of there is a current investigation ongoing as it relates to Miss Breonna Taylor, I don't' want to do anything to compromise that investigation. So how I can be best utilized, at this point, is to give serious consideration and attention to the investigation.”

Cameron is charged with finding the truth, and delivering justice, in an unprecedented time.

“We need leadership from all facets of American life”, he insisted, “and that's why I think it is so important that we all walk together as we move forward.”

He talked about the healing process and referenced video I tweeted from Monday’s protest in which LMPD officers were seen marching arm-in-arm with demonstrators. But General Cameron acknowledges that without truth, healing is nearly impossible.

He would not comment on specifics of the Talyor case but did say that his office is starting to see details of the LMPD Public Integrity Unit investigation. They’ll begin fully investigating when the PIU investigation finishes which he expects to be soon. Any decision about the officer's employment is in the hands of Mayor Fischer and the interim chief.

“What I have said is that we have a responsibility to make sure that the truth is known and that is my job and responsibility. I take it very seriously", he told us.

When asked wither the truth will be known, Cameron responded, “We will do that. Yes sir!”