The 'Feed the West' initiative raised more than $30,000 and had more than 500 volunteers sign up overnight. 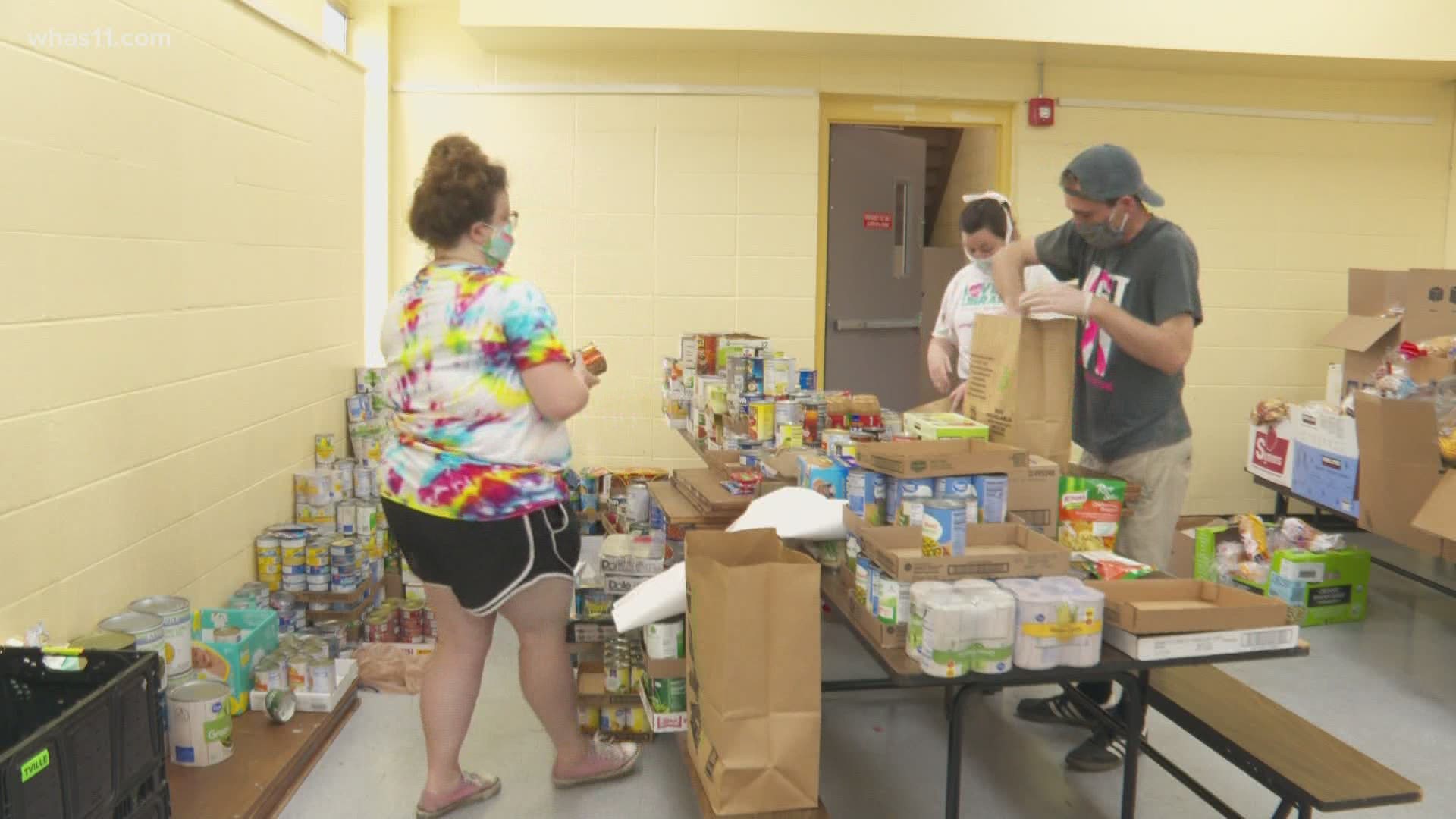 LOUISVILLE, Ky. — Tables piled with cans and boxes of food, bags of fruit and hygiene items filled two rooms of the Parkland neighborhood Boys & Girls Club Thursday afternoon as dozens of volunteers moved from table to table, dropping them into bags that would later be picked up and delivered.

"Yesterday we were able to feed 1,300 people," Taylor Ryan said.

Ryan, the executive director and founder of Change Today, Change Tomorrow, said she always knew people would get behind her mission of helping her West End community. Her organization sponsored the "Feed The West" initiative, which was launched Tuesday by Shauntrice Martin after seeing a West Broadway Kroger temporarily closed.

But Ryan did not anticipate this movement to grow so quickly. She said the initiative raised more than $30,000 and had 500 volunteers sign up overnight, with all the funds coming from individuals in the community.

As of Thursday afternoon, Ryan said the donations have more than doubled that amount, and people are continuing to bring in food donations to the drop-off locations.

"It feels powerful knowing that the community is invested in this and this is community power," Ryan said. "This money is community-led. It's community-driven. And now we're going to be opening this forum up to the community asking them what do you all need."

Even though the Kroger has reopened with limited hours, Ryan said the issue of access to fresh and nutritious food in West Louisville continues to be a problem, with decades of discriminatory policies and redlining turning the neighborhood into a food desert.

"They are taking Kroger and grocery stores out of the hood," she said. "They are making us unhealthy. They are giving us less options and less resource than everyone else in the city."

Another group is also seeking to tackle those inequities from a different angle. Tanika Bryant founded Buy Black Lou and the Black Business Association, raising money to help black-owned businesses.

Bryant said the donations raised will go towards helping businesses that had been vandalized or looted this past week as well as businesses that have been disadvantaged from discriminatory policies and lack resources, training and advertising.

"Our goal is to directly attack those three things that they're facing with free entrepreneur development classes, with micro-grants," she said.

Bryant said there has been increased attention towards black-owned businesses in the last few days as protests against police brutality and racism have gripped not just Louisville, but cities around the world. She said for black business owners and entrepreneurs, this gives them hope for a change that has long been overdue.

"More than anything, they are hopeful and just looking forward to this new future that we're creating," she said.