'He was a hero': Former coach remembers diver killed at LG&E plant

Jaxxyn Wood's coach remembered him for his 'effort and energy' and for saving his family from a fire in 2013. 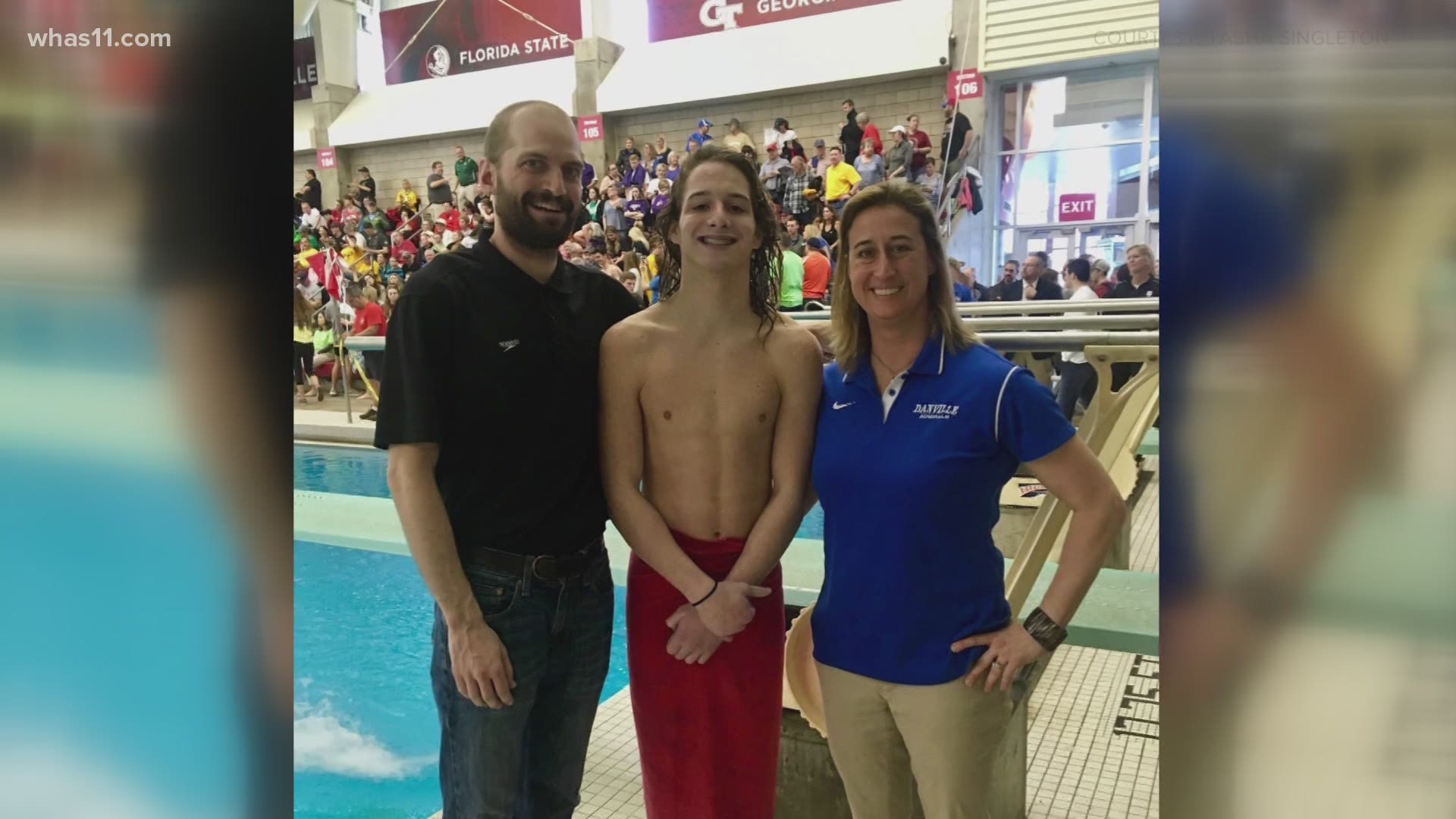 LOUISVILLE, Ky. — A commercial diver who died Thursday afternoon while working at an LG&E generating plant is being remembered as a "hero" by those who knew him.

"I had coached him for six years and had known him since he was a little 4-year-old, so that kind of hit hard for me," John Anderson, a former swim coach from Danville, said.

Anderson said he first met Wood and his family years earlier when he was lifeguarding at the community pool in Danville, where Wood grew up. He said it was not hard to spot Wood, even at an early age.

"He was just out there running and twisting, jumping, flipping, diving into the water." he said.

Years later, Anderson had the chance to coach Wood, beginning when he was in seventh grade.

"He was always intentional with his effort and energy, and you just love that as a coach," he said.

Anderson said Wood had always loved being in the water, so it was not a surprise when he learned his former pupil had become a commercial diver after finishing high school.

"When he told me he was doing some underwater stuff, underwater work, I said, 'That's great. That's exactly what I thought you would be doing,'" he said.

Wood worked for Bulldog Diving at the time of the accident. He was working on a protect at LG&E's Mill Creek Generating Station in Louisville and had been inspecting one of the intakes and screens around 12:30 Thursday afternoon when he lost contact with his colleague on the shore. LG&E's emergency response team, Louisville Fire and Rescue, Louisville EMS and other crews helped look for Wood, who was found almost nine hours later around 9:15 p.m.

According to the coroner's report, Wood's death was consistent with drowning.

"When I heard, I was super sad, heartbroken, crushed," Anderson said. "I want people to remember who he was and what he stood for, just charismatic and always smiling and just made all the people around him better."

Anderson and others also remember Wood for saving his family from a fire in 2013. Then 12 years old, Wood had been staying up late playing video games one December night when he noticed a home appliance had malfunctioned and caught fire. According to reports at the time, Wood rushed to wake up his family and got all eight other people out of the home and away from the fire.

"He was a hero," Anderson said. "When I look back, he is absolutely going to be a hero of mine. I won't wait - I'll still coach and I will tell stories of boy hero Jaxxyn Wood."