Brad Linzy is charged with terroristic threatening and disorderly conduct, after a confrontation with Dr. Marty Pollio over mask mandates. 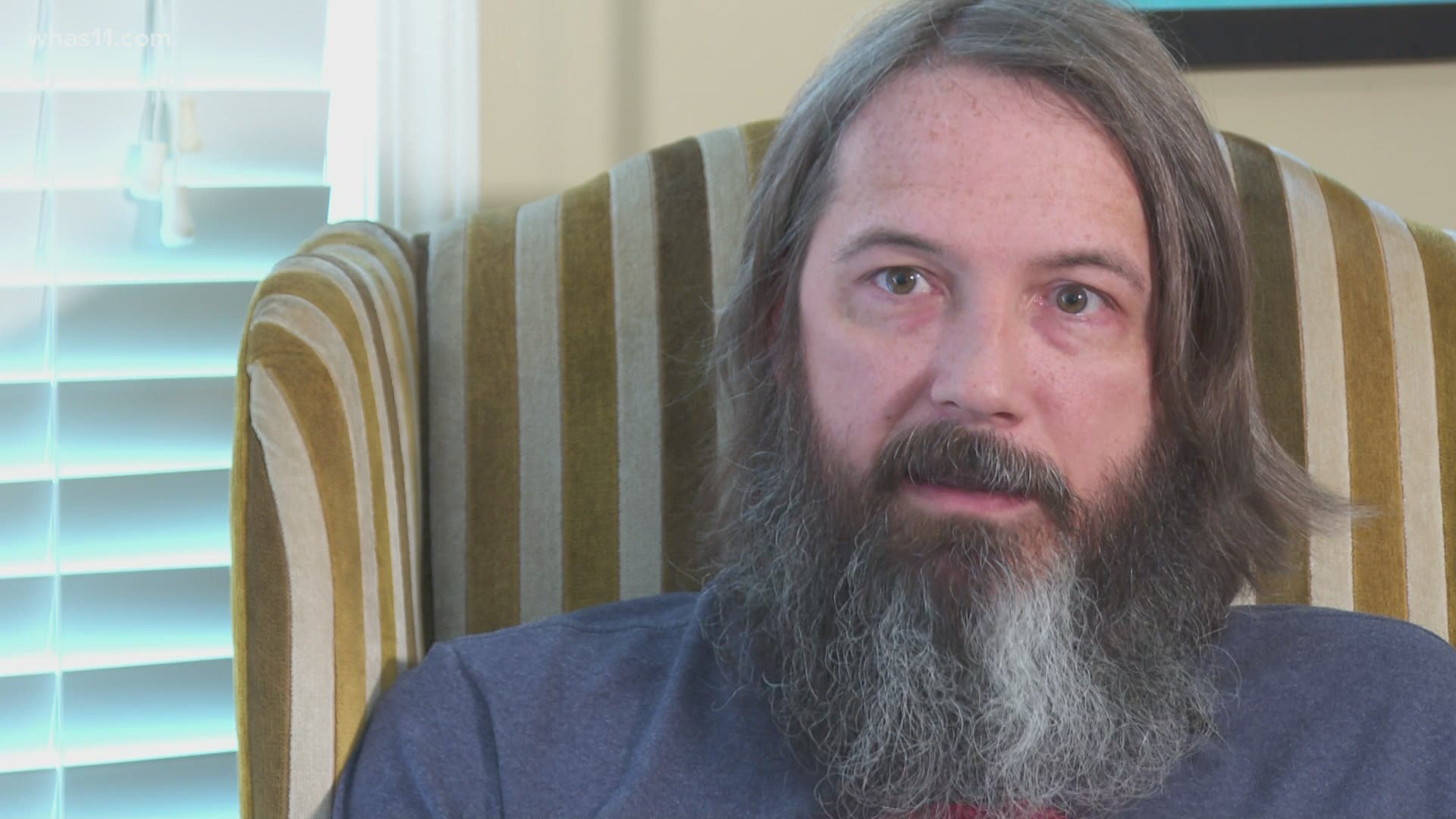 LOUISVILLE, Ky. — A JCPS parent who was charged with threatening Superintendent Dr. Marty Pollio over the district's mask mandate said he believes he should not be facing charges at all.

Brad Linzy, 43, was charged with terroristic threatening and disorderly conduct after police said he threatened Pollio outside VanHoose Educational Center Monday. Linzy said he came to VanHoose to speak his mind about masks.

"It essentially was over, I had said what I came to say,” Linzy said.

According to a citation from Jefferson County School Security, Linzy was asked to leave multiple times after arguing with staff about mask policies.

"At no point was I asked to leave, that never happened,” Linzy said.

Linzy shared a video with WHAS in which he walks through the building while waiting on Pollio. The video cuts off before Linzy leaves. It is unclear what happens at that point, though he is not asked to leave during the recording.

The citation says Linzy saw Pollio leaving the building, approached him aggressively and yelled "your life is *expletive* over and your career as you know it."

But Linzy said he told Pollio, "Your life as it pertains to your career is over."

"I was forceful, I wasn't going to take no for an answer at that point,” Linzy said.

Linzy said the confrontation came down to what is best for his young daughter who has autism and struggles in a masked environment. He said he believes at this point, the best option may be pulling her out of school.

The security guard who found Linzy in the parking lot said in his citation that Linzy admitted he had a gun in his car.

"I said and 'I understand why you're asking, you don't know what I'm capable of, I get that.' And that's where that part comes in on the citation," he said, referring to a point in the document that states he told a security guard “you don’t know what I’m capable of doing.”

Linzy is set to appear in court July 26, where he hopes the video will clear him.

"Well I intend to win my case, and I think I can do that," Linzy said.

In the meantime, he says he's also planning a run for school board.

WHAS reached out to JCPS and a spokesperson said they wouldn’t comment while the investigation was ongoing.