One of the biggest issues the fire officials see is people using fireworks for things they shouldn’t be used for. 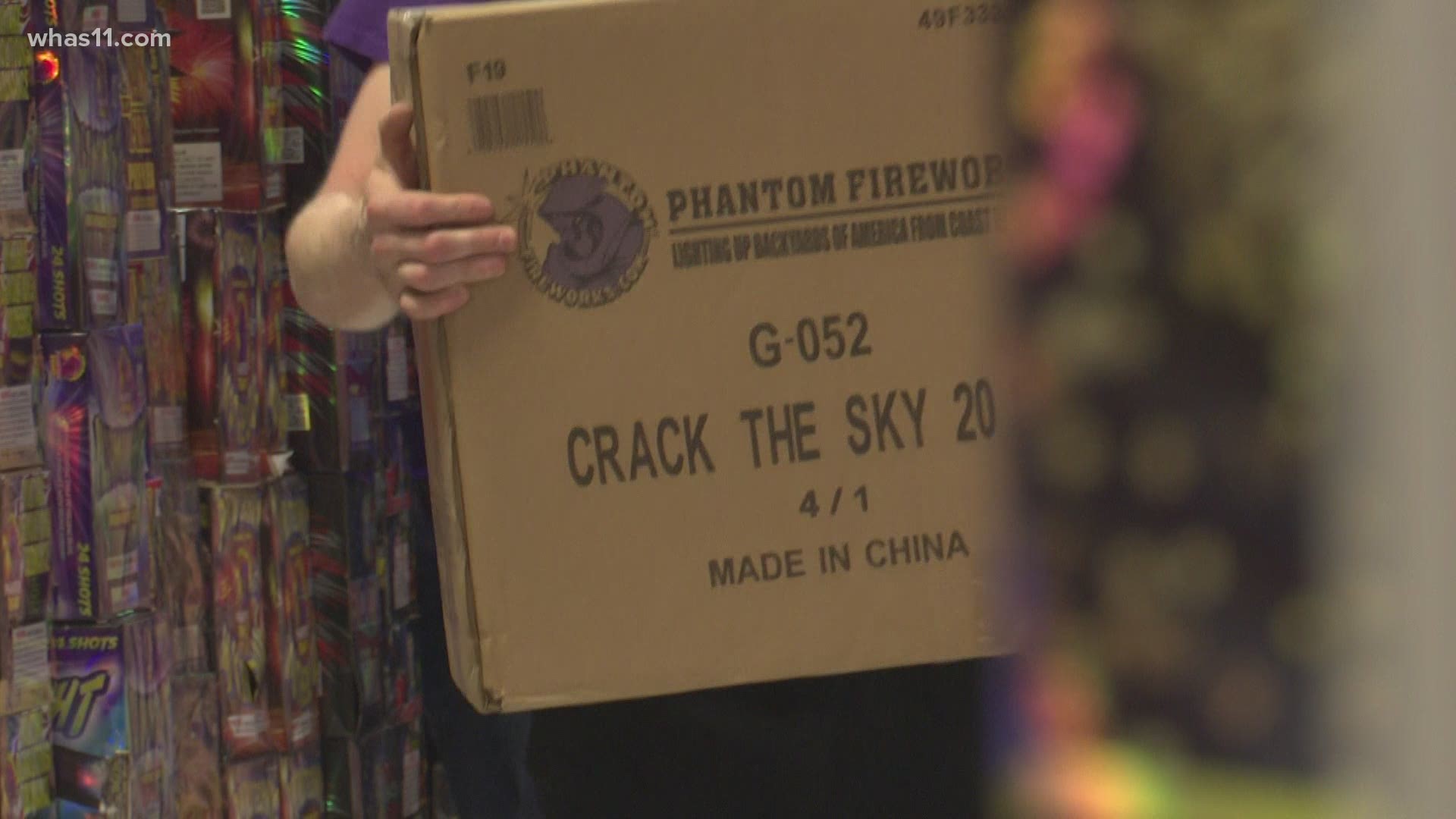 LOUISVILLE, Ky. — With Fourth of July quickly approaching and fire departments are already getting ready for a busy weekend.

Independence Day and fireworks are simultaneous when it comes to celebrating the summer holiday, but there’s a few safety tips and rules those celebrating in Louisville and Jefferson County should know.

The ordinance in place for Jefferson County and Louisville Metro prohibits the use of any fireworks that explode or go up in to the air.

“We ask people who want to see those displays to let the professionals handle it and have the proper permits through the metro ordinance.” Yuodis said.

“Really this time of year the biggest thing we see are trash fires, things of that nature, and personal injuries to people such as burns.” Jordan Yuodis with Jefferson County Fire said.

One of the biggest issues the department sees is people using fireworks for things they shouldn’t be used for.

“We want to remind people don’t throw fireworks at other people. Don’t use the roman candles to target somebody else because you can suffer some severe burns from fireworks.”

When celebrating the Independence Day holiday, Yuodis said safety should be prioritized when using fireworks.

“The biggest thing is fireworks can be unpredictable. Once you light a firework and it doesn’t light don’t go back and relight it,” Yuodis said. “We see time and time again people get significant, life-altering changes by these burns from going back to light a firework because it didn’t light the first time.”

When using fireworks keep an eye on pets and small children at all times. And after using fireworks do not throw them away. Soak them in a bucket of water overnight then dispose of them the next morning to prevent used fireworks from sparking a fire.

“We want people to be out enjoying the Fourth of July holiday. We just want them to be safe and smart while they are doing it.”.