Family of nine displaced after house fire in Buechel

The family moved into the house three months ago, and now they have to find another place to live. Investigators are still trying to determine a cause. 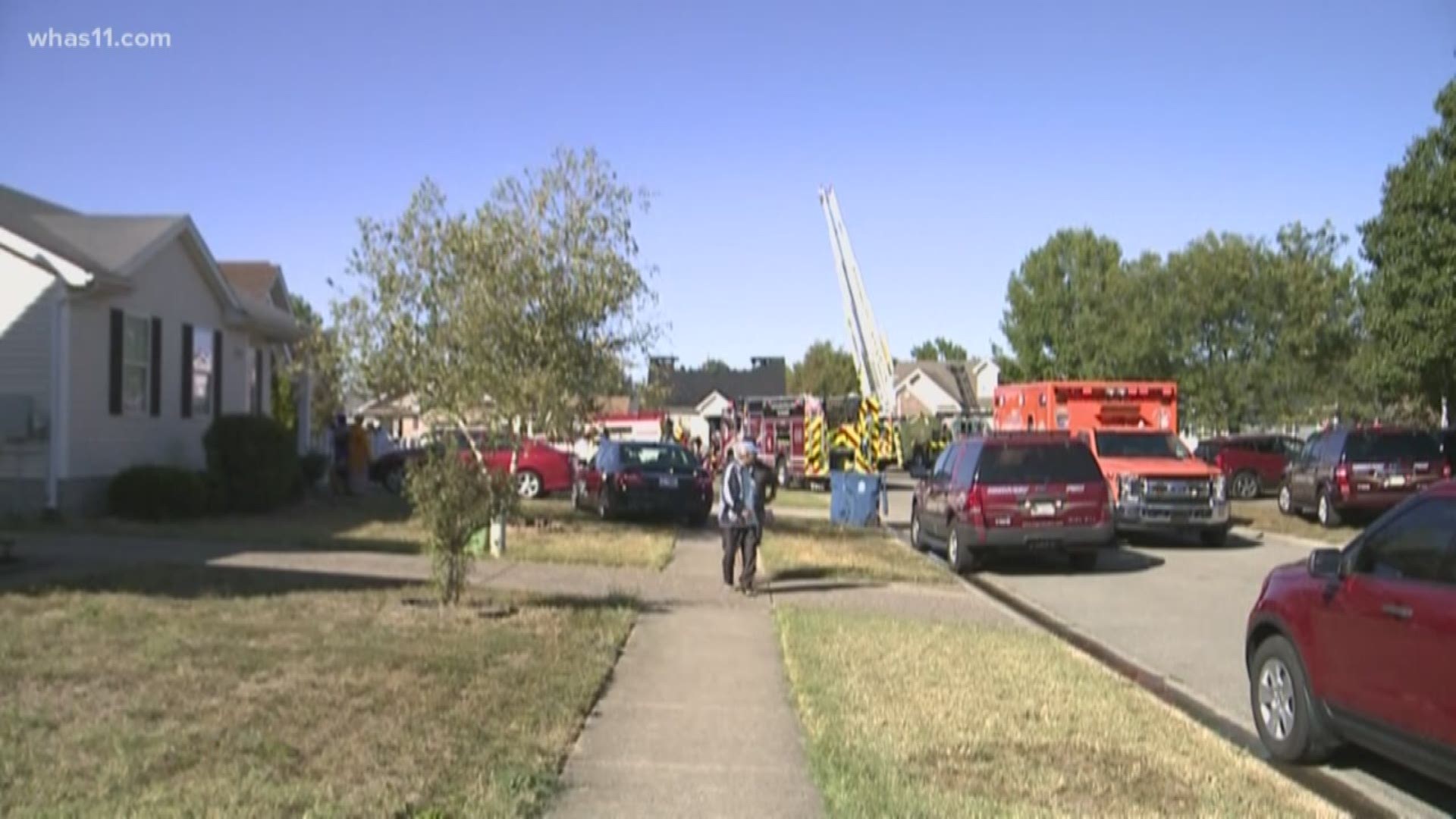 LOUISVILLE, Ky. — A family of nine was left without a place to live on Friday evening after a fire broke out in their Buechel home.

"I was like, 'Mom, the fire is on the house - C'mon!'," said Sisa Muretete, who was home when the fire started.

The fire broke out just after 3 p.m. on October 4 in the area of Applegrove Road and Newport Road. Crews say the flames were blazing through the roof of the two-story home.

"I saw smoke coming out like, onto the top," said Bahati Jackson. Jackson is a family friend who was coming to pick up Muretete that afternoon. He thought someone may have been grilling in the back and went to check it out.

"It was fire, like, out of nowhere," he said. Bahati charged into the house to get everyone out.

"I got the kids out and her mom was sleeping and I just said, 'Look, get your mom up and come outside right now. It's too dangerous for you guys, just come out'," he explained.

The family scrambled to grab what they could. They had just moved into the house three months ago and hadn't finished unpacking their suitcases, making it easy to get clothes.

Although they may have some of their personal possessions, their home is now unlivable.

All nine members fo the family made it out safetly and no one was injured during the fire. The Red Cross is working to find them a place to stay.

Arson investigators are still trying to determine the cause of the fire.