The crimes for this year are still higher than last year, especially in the central business district. 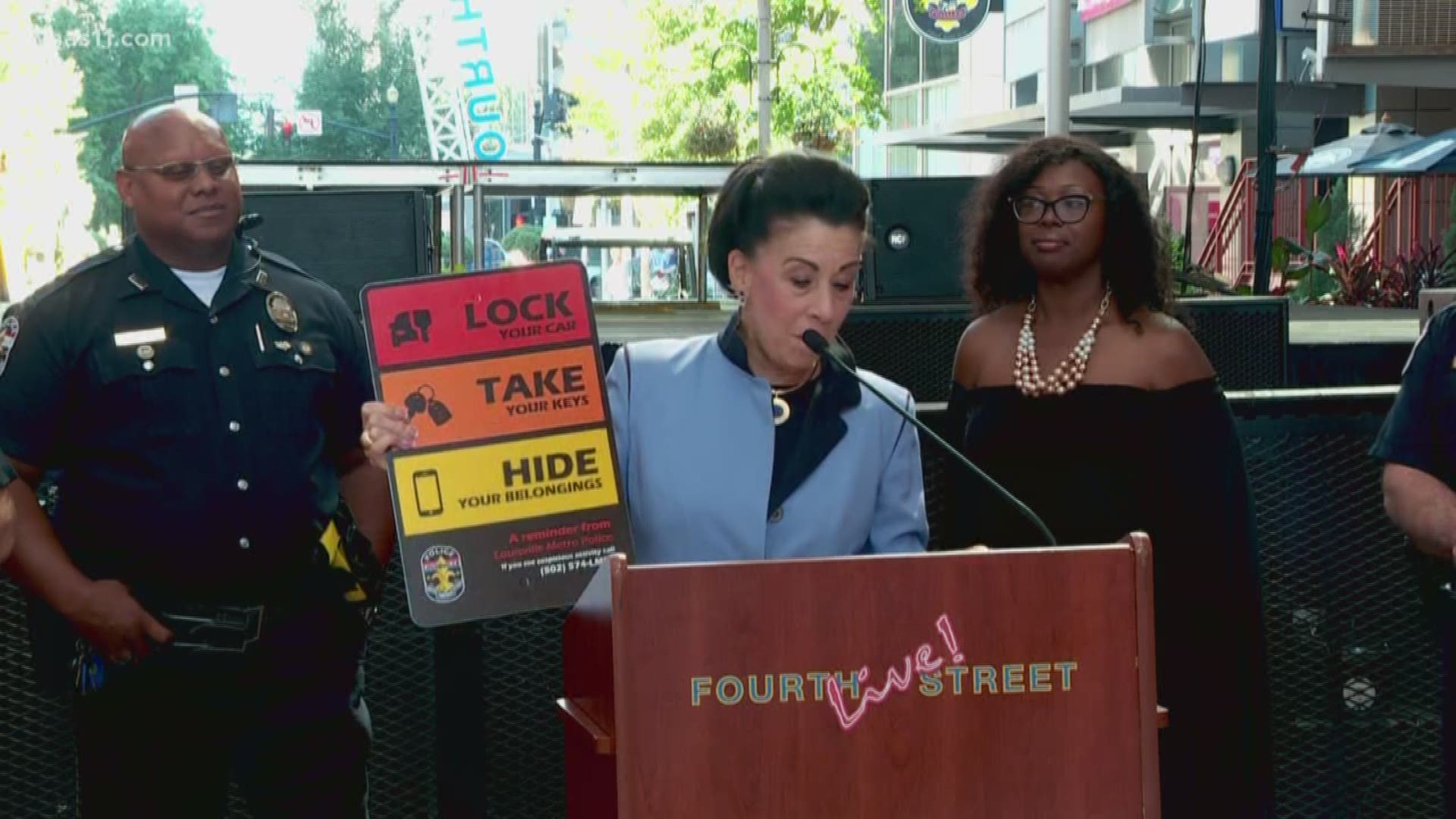 LOUISVILLE, Ky. — After a summer full of car break-ins and thefts, the Louisville Metro Police Department said the numbers still haven't gotten better. The number of crimes this year is still higher than last year, especially in the central business district.

Police and city officials said public awareness will make a difference in reducing the theft, which is why it's putting up 100 signs around the downtown area, especially near major event venues.

That's the name of the initiative sparked by Oliver, who's seen car break-ins and car thefts continue to rise over the last 10 years. Oliver, along with the 1st Division, has been working for over a year to come up with a solution to a problem police say is largely preventable.

"Most of what we see in the central business district are crimes of opportunity," said Lt. Col. Joshua Judah. "It's one of the most prevalent crimes in any community, Louisville is not different than that so we can't put that message out there enough."

According to Oliver, there are 800 to 1,000 car break-in reports every year just in the downtown area.

"A campaign like 'Lock, Take, and Hide' is so critically important," he said.  "Hiding that key fob is a big deal and locking your car to make sure that your car isn't the one stolen is critically important and that's something we desperately need the public's help with."

RELATED: These cars are on the 'most stolen' list

Councilwoman Barbara Sexton Smith said the issue impacts the more than 70,000 people that travel into the business district each day, but also all of the visitors that stay downtown. Sexton Smith calls the new initiative "a common-sense solution to a complex challenge."

The signs will be going up in the next few days throughout downtown Louisville.