One dream came true today for a boy in Louisville. The men and women in blue, along with firefighters, stopped by his home for a birthday surprise. 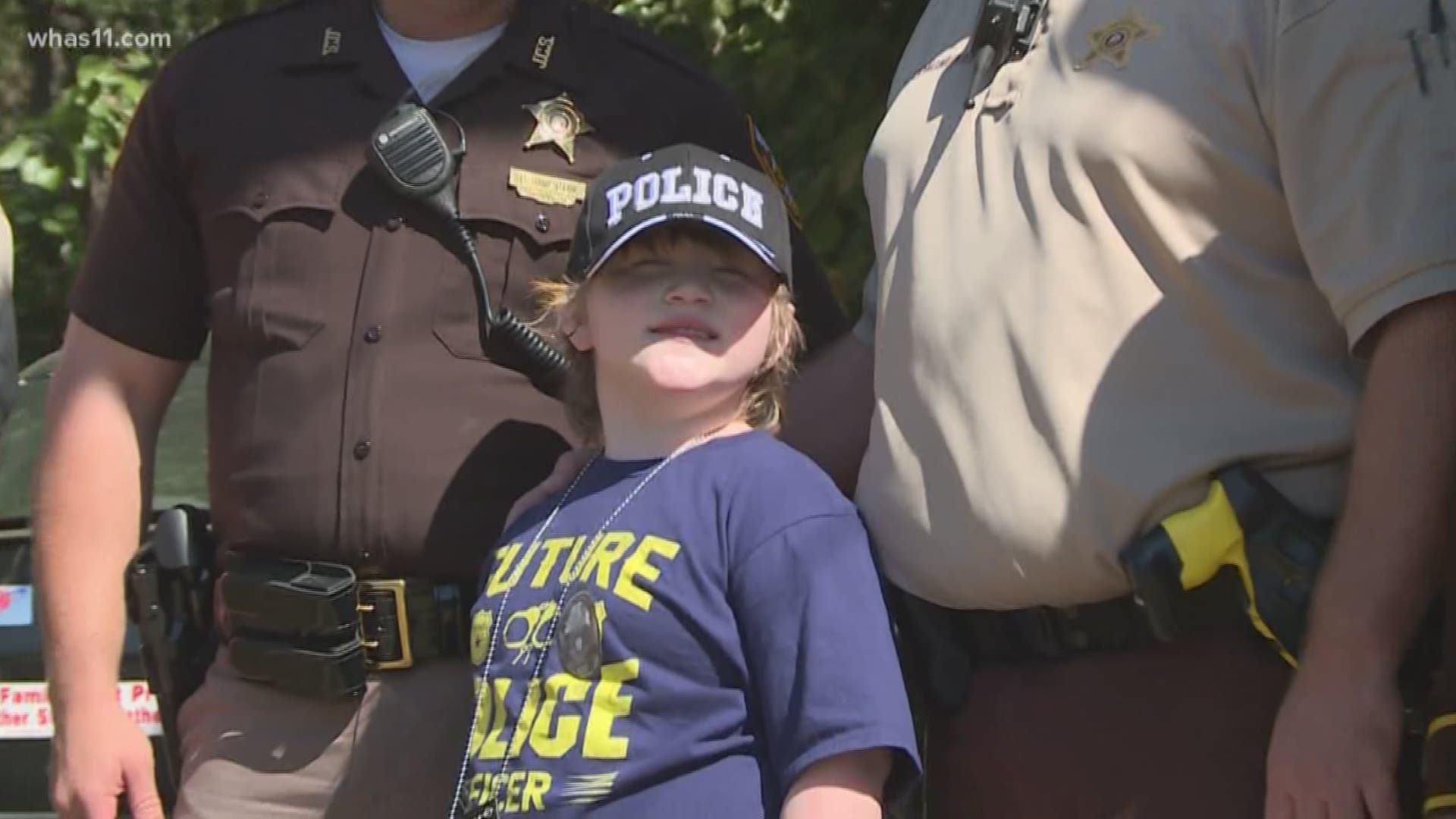 "It's amazing that so many people went together and did this for him," said Nancy Ashley. Nancy's grandson Malachi turned 9-years-old on October 4 and he had just one wish for his birthday.

"That's all he's ever wanted to do is be a police officer," Ashley said.

Thanks to the generosity of some local departments, Malachi got the ultimate birthday present. Earlier this week his mother, Stacy Pavelka, posted on Facebook asking if an officer would mind coming to see Malachi. His family never imagined that dozens would show up on their doorstep.

Officers, sheriff's deputies, and firefighters came to witness a special event as Malachi was sworn in as an honorary police officer by Lieutenant Edward Wagner.

It may just be his first day with his new title, but Malachi already has big plans. His first order of business?

"Arrest prisoners so they don't rob banks," he said.

Ashley was worried that all the excitement could be too much for her grandson, but a calm smile remained on Malachi's face as he sat in a police car and spent time with his heroes.

It's a small gesture that has a lasting impact.