From a father who was fixing up a truck for his son to a daughter whose car was a reminder of simpler times, car thefts in Louisville are leaving a lasting impact. 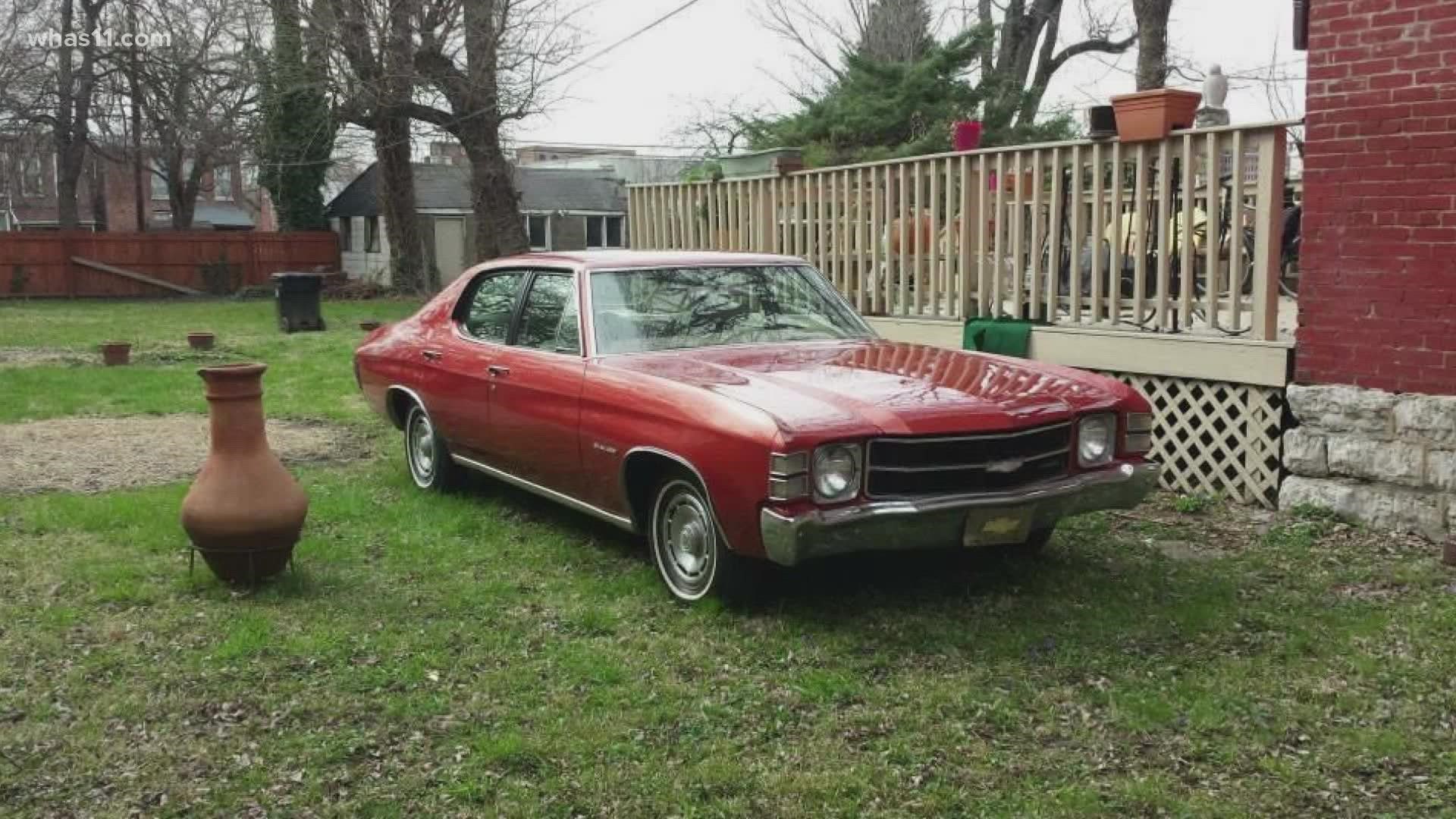 LOUISVILLE, Ky. — As Jen Bidwell walked out of her South Sixth Street home on Friday, there was broken glass in the place she parked her 1971 Chevy Chevelle Malibu.

The car didn't cost much. Instead, it had sentimental value.

"My parents owned one when I was a kid, I grew up in it. Loved that car," she explained. It took her thirty years to find and she doesn't think she'll be able to do it again.

That Malibu is just one of 64 stolen cars reported to LMPD in the past week. So far this month, the number goes up to 234.

That includes Jesse Culp's Truck. He was fixing it up for his son in the Schnitzelberg neighborhood.

"The day before it was stolen, I spent 6 hours trying to get it to start reliably," Culp said. "I guess I did it because it started for them immediately."

His truck was stolen late at night on Sept. 11.

Thanks to his neighbors, Culp has a video of two people walking up to his truck and then driving it away. Midway through an ally, it stalled.

"They're messing with it and Cranks right back up. I was kind of proud of myself," Culp said, laughing.

His son is 13-years-old and it he might have to start from scratch on a new truck. Now under a tighter deadline as his son slowly approaches driving age.

And it's not just car thefts that are up, carjackings are as well. That's when the car is violently stolen while someone is inside. LMPD has now assigned its robbery unit to those investigations, making six arrests in the past twelve days.

And if you see anything suspicious, call LMPD's tip line at 574-LMPD