One man was charged in connection to an alleged Louisville carjacking in August 2020. All three men face charges for alleged production of child pornography. 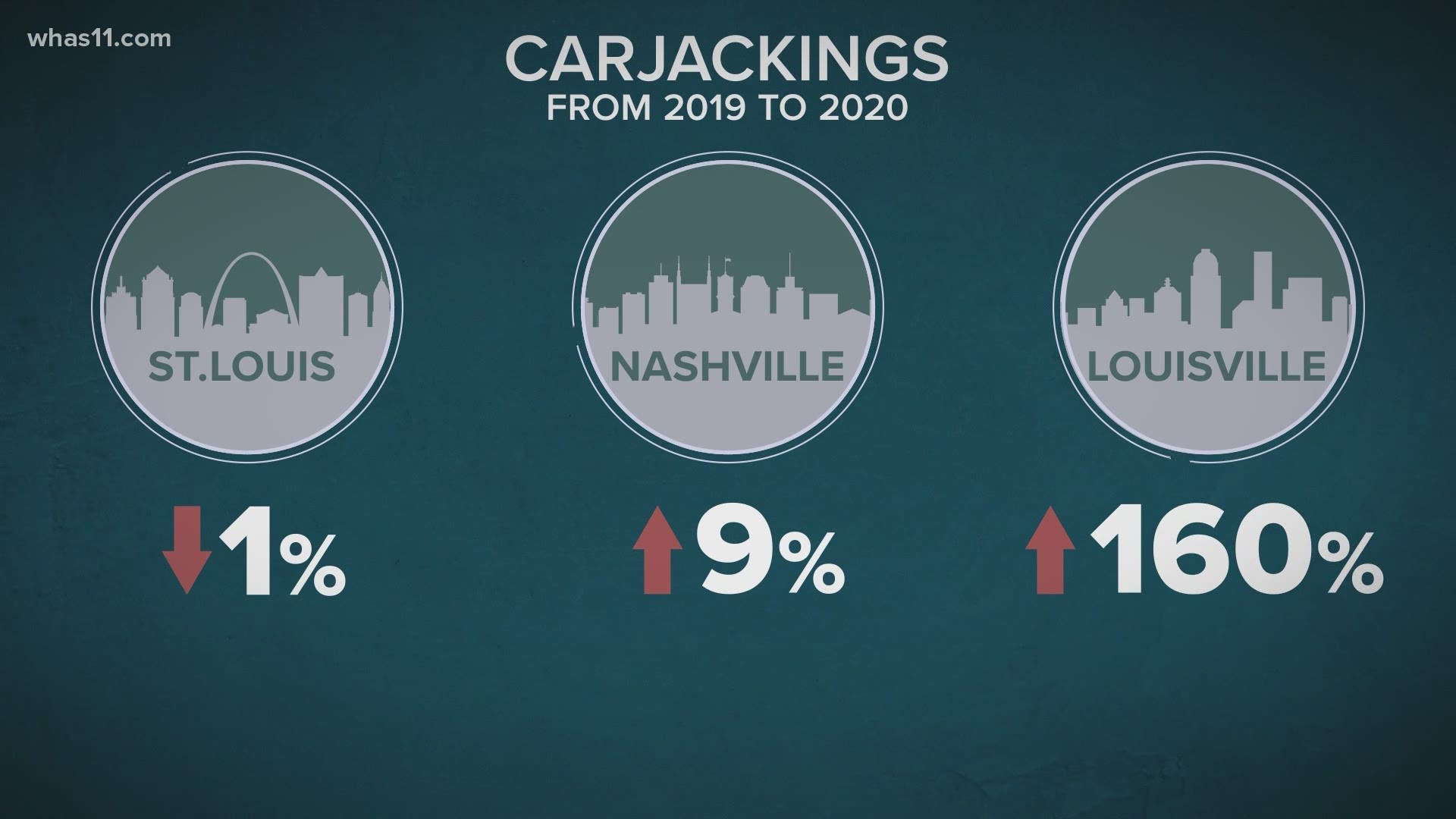 LOUISVILLE, Ky. — According to a release from Acting US Attorney for the Western District of Kentucky, Michael Bennett, a man has been charged by a federal Grand Jury for his alleged involvement in a August 2020 carjacking in Louisville. Additionally, alleged child pornography charges were brought on the man and two others by the Grand Jury.

“I commend the FBI, HSI, and LMPD for their work in identifying, investigating, and apprehending the defendants who now stand charged with serious violations of federal law,” Bennett said.

The charge of carjacking carries a term of no more than 15 years in prison and brandishing a firearm in relation to a crime of violence has a term of no less than seven years and more than life.

“This investigation highlights the efforts of the Violent Crime Task Force in identifying, investigating, and ultimately arresting our most violent offenders,” FBI Louisville Special Agent in Charge Robert Brown said. “The defendants in this case are alleged to have taken advantage of innocent bystanders, including children, for their own personal gain. This is just one example of how FBI Louisville is working diligently with our partners to protect the public from violent crime.”