University of Kentucky students lined the pews of the Holy Spirit Parish Newman Center Thursday night to grieve, pray and show support for a family in mourning. 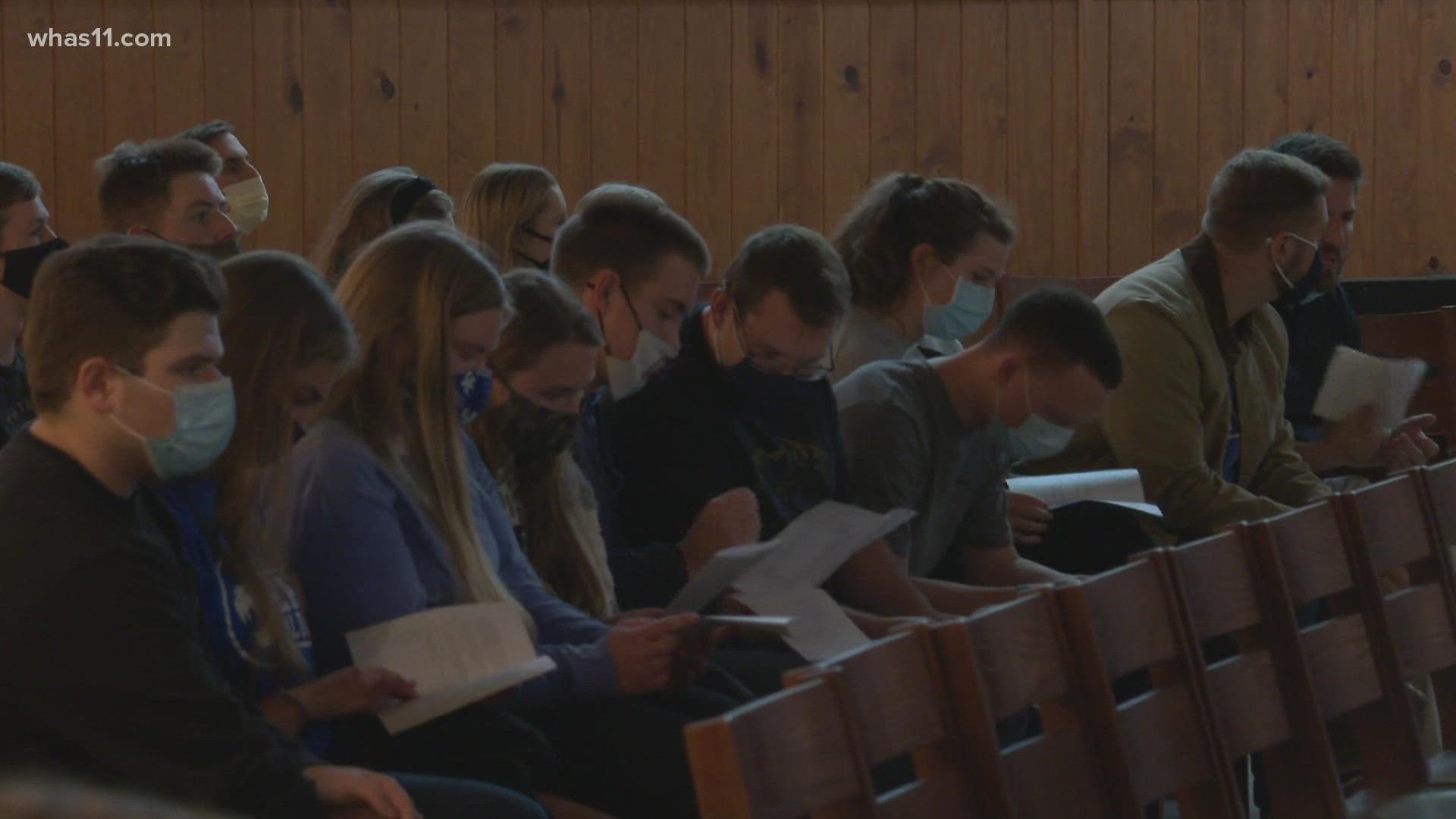 LEXINGTON, Ky. — It was a night to honor 18-year-old University of Kentucky (UK) student Thomas “Lofton” Hazelwood, three days after he was found unresponsive at an on-campus fraternity house and later died.

There were moments of silence dedicated to the Hazelwood family.

"I just wanted to make sure they were aware they were in thoughts and prayers," Carly Crawford said, who said she's a friend and sorority sister of Hazelwood's older sister -- also a student at UK.

"When something like this happens, it really does rock the community to the core, so we've been really working on that and making sure whatever happened doesn't happen again," Crawford said.

The Fayette County Coroner confirmed to WHAS11 Hazelwood's death is presumed to be due to alcohol overdose or 'alcohol toxicity.' It has been ruled as accidental. Full toxicology results are pending.

This all comes as UK police records also show liquor laws were violated on the night they found him unresponsive. According to the school's daily crime log, UKPD found 20 underage people at the fraternity with access to alcohol that same night.

A school spokesperson said because police didn't witness any of them drinking, they didn't write citations. He said those student violations have been handed over to the Dean of Student's Office for review and it's too early to speculate if this could lead to consequences.

"I'm not sure specifically if it's something we've been waiting for for a long time, but what I do know is that there's always room for improvement," Crawford said.

Hazelwood was a first-year student majoring in Agricultural Economics.

Police said they do not suspect foul play, but are looking into the circumstances of his death. Multiple agencies are investigating the matter.

All were welcome to join the service in honor of Hazelwood.