Police identified the UK student as 18-year-old Thomas Hazelwood who was a member of the FarmHouse fraternity. 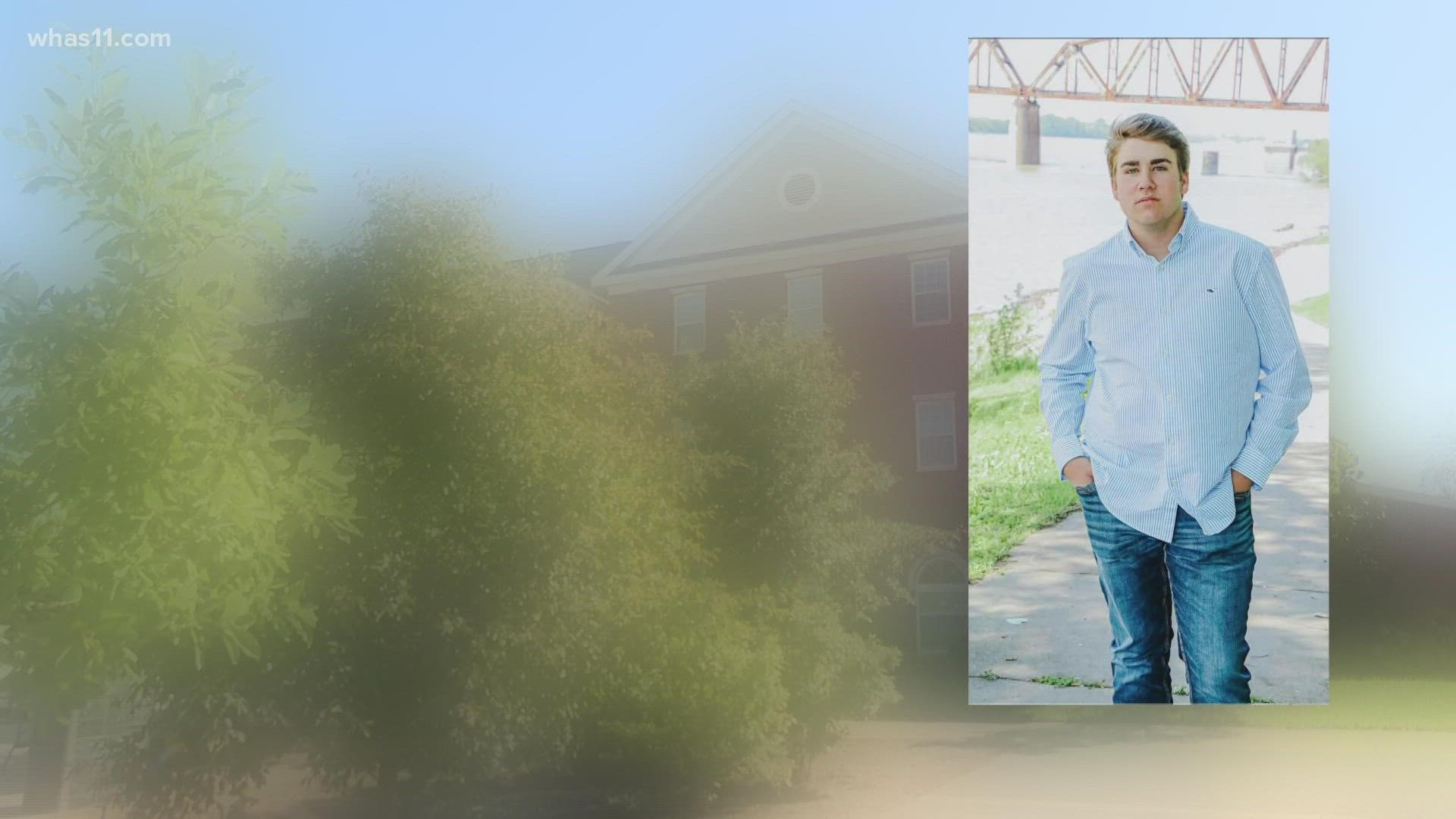 LEXINGTON, Ky. — A University of Kentucky (UK) student is dead after he was found unresponsive in a fraternity house Monday evening.

According to a statement from the university, UK Police responded to a report of an unresponsive student at the FarmHouse Fraternity around 6:22 p.m.

The student, identified as Thomas Lofton Hazelwood was taken to the hospital where he later died.

Police said they do not suspect foul play, but are looking into the circumstances of his death.

The Fayette County Coroner told WHAS11 News at this time Hazelwood's death is presumed to be due to alcohol overdose or 'alcohol toxicity.' It has been ruled as accidental. Full toxicology results are pending.

Hazelwood was a first-year student majoring in Agricultural Economics and was a member of FarmHouse Fraternity, police confirmed.

"The thoughts of the entire UK community are with his family and all those who knew the student at this time," the university statement says.

His mother, Tracey, told WHAS11 News, "He had an old soul. Such a good boy. Everybody loved him. Never left any of us without saying love you. Had three older sisters. He was the baby."

Officials said support services will be available to other students in the fraternity as well as the student's friends and classmates.