Terry Whitehouse was caught on Friday. He has been charged with kidnapping and violating an Emergency Protective Order. 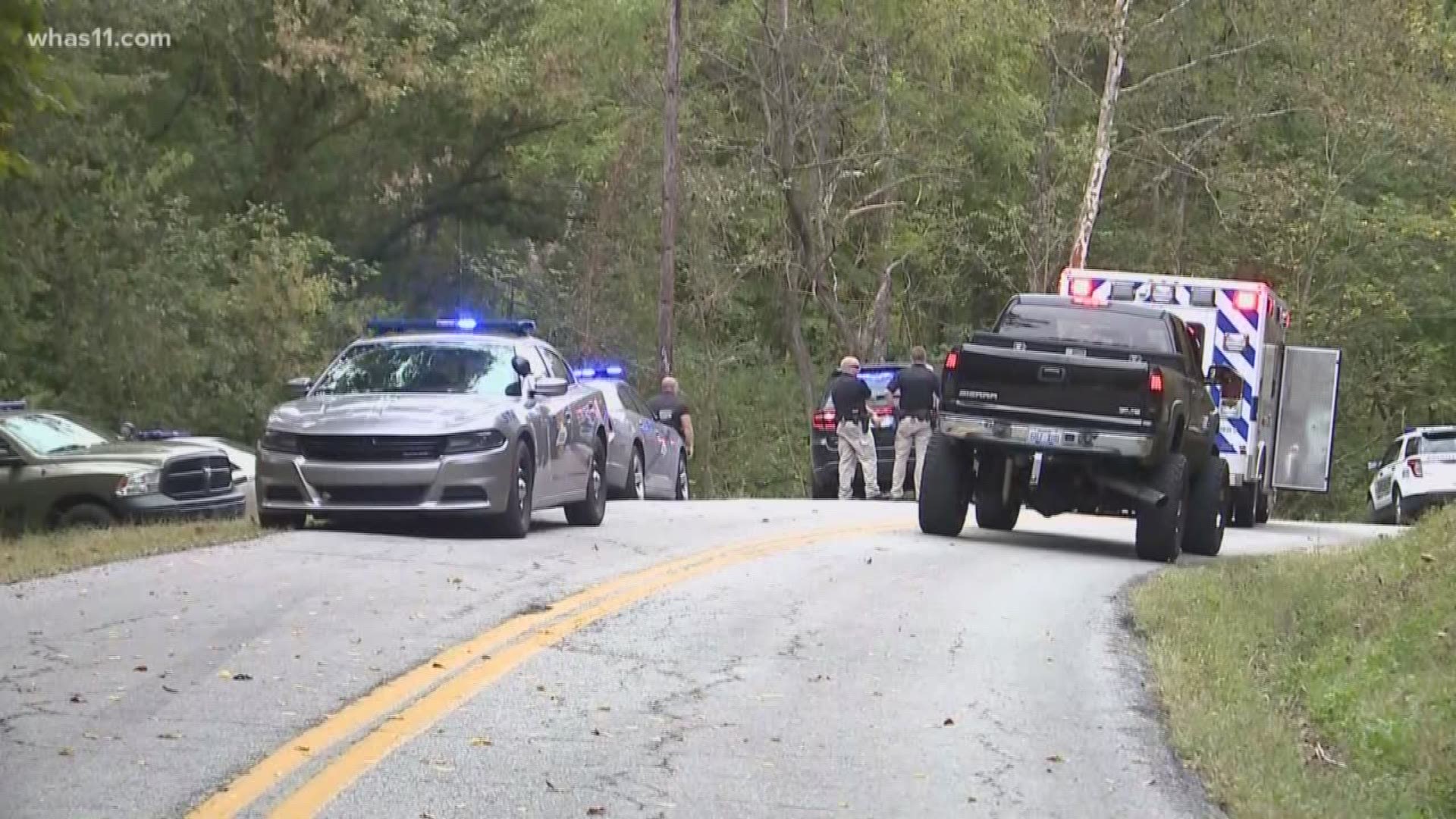 SHELBYVILLE, Ky. — Terry Whitehouse, a man wanted for murder and two kidnappings in Eminence, KY, was captured by police on October 12. Both of the women he kidnapped, his wife Melinda and his mother-in-law Debbie Bowman, are now safe.

After over 30 hours of searching, Shelby County Police said they were investigating a possible sighting of Whitehouse in Shelbyville. Police said he kidnapped his wife and mother-in-law and killed another man in Eminence on Thursday, October 11.

The statewide search went nationwide with multiple agencies, including some from the federal government assisting in the hunt.

On Friday, Shelby County Police received a call for assistance by a civilian, according to KSP Trooper Stuart Jackson. When officers arrived at the location, they found the Town & Country van that Whitehouse was believed to be driving.

Melinda Whitehouse, the suspect's wife, stepped out of the van and surrendered to police, according to Shelby County Sheriff Mark Moore. Police confirmed that she is safe, but could not elaborate on her condition. She is not expected to face any charges.

Whitehouse got out the van and ran into the woods. Officers from Kentucky State Police, Shelby County, Spencer County, and Henry County chased after him. They established a perimeter around the wooded area and used K-9's and a helicopter to track him.

Sheriff Moore said Whitehouse was captured without incident. He was checked out by medics at the scene after complaining of dehydration and was then taken into custody.

He was questioned by police in Shelbyville for an hour before he was taken back to Eminence. He has been charged with kidnapping and violating an EPO and is being held on a $1 million bond in the Oldham County jail. He has not been charged with murder at this time.

His pre-trial hearing is set for October 14.