Women encouraged to vote at rally in Louisville, other US cities

The group Viva La Femme held the event at Cherokee Park, which included art and connecting with one another. 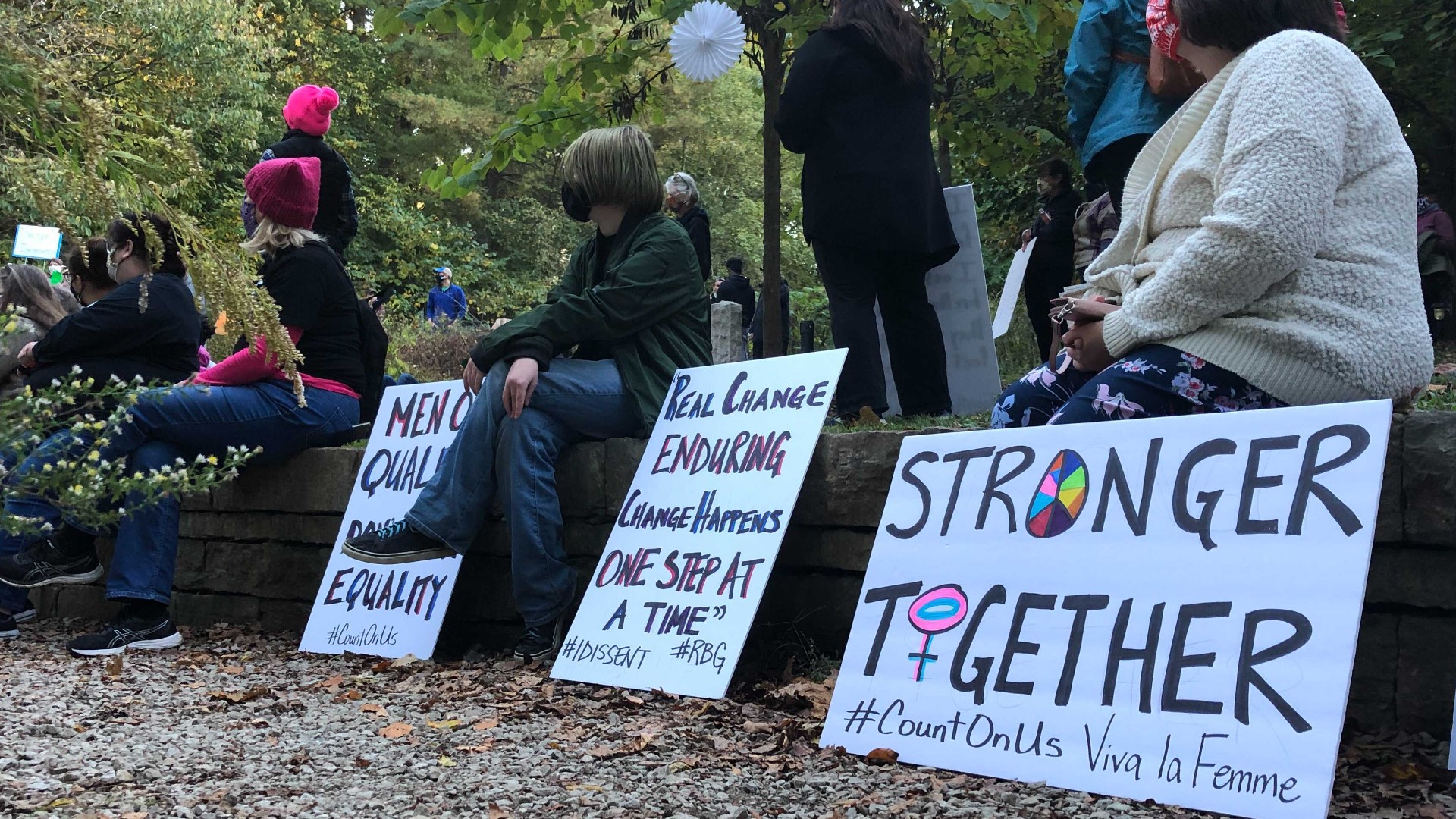 At a rally in Louisville, women and others were told to vote and come together and inspire one another. The rally was part of many held nationwide and in Washington, DC.

The group Viva La Femme held the event at Cherokee Park, which included art and connecting with one another.

The group wanted to bring people together to educate and inspire one another about the women's movement both here in Louisville and nationwide.

Thousands of mostly young women in masks rallied in the nation’s capital and other U.S. cities, exhorting voters to oppose President Donald Trump and his fellow Republican candidates in the Nov. 3 elections.

The latest of rallies that began with a massive women's march the day after Trump’s inauguration in January 2017 was playing out during the coronavirus pandemic, and demonstrators were asked to wear face coverings and practice social distancing.

Credit: WHAS11 News
Saturday, October 17, 2020: Women rally in Cherokee Park and encourage other women and men to vote in the 2020 election.

Dozens of other rallies were held from New York to San Francisco to signal opposition to Trump and his policies, especially the push to fill the seat of late Supreme Court Justice Ruth Bader Ginsburg before Election Day.

PHOTOS | Organizers exhort women to vote for change at US rallies