Kentucky House advances bill which would make changes to Louisville Metro Government, including mayoral races and civilian review board

An overhaul of Louisville Metro Government could happen under a Kentucky bill that cleared a hurdle Wednesday. 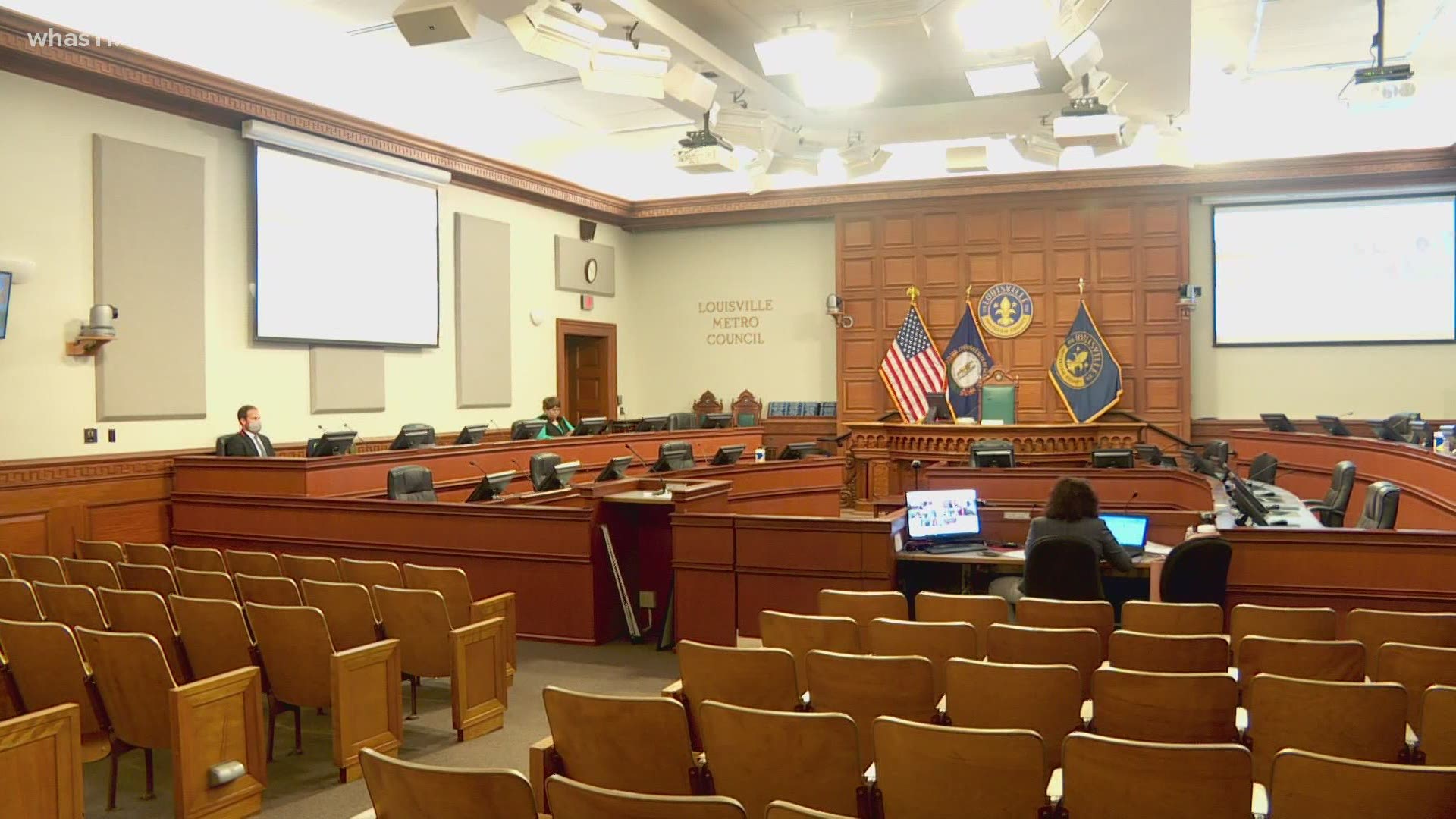 FRANKFORT, Ky. — Sweeping changes could come to Louisville Metro Government, through a bill the Kentucky House passed out of committee Wednesday afternoon.

House Bill 309 makes several changes, including how Louisville runs its mayor races. The provision proving to be most controversial within the bill proposes making Louisville's mayoral races non-partisan.

Opponents of the bill argue it's a "power grab" by Republicans to put forth a viable candidate for the city's upcoming race in the long-time democratically-controlled city.

"We all know partisan elections sometimes drive candidates to appeal to the extreme wings of their party and it makes it harder for a chief executive to govern effectively," he said.

Agreeing with him, Louisville Rep. Jason Nemes (R-33) said he believes even if the changes took effect, the next Louisville mayoral race would still "produce two democrats," to which he said he has "no beef with." But, he and Miller both said making candidates nonpartisan would ensure political extremism is removed from elections.

Critics say that provision of the bill is the "poison pill."

"It's a power grab from Frankfort. It's what people hate about government. It's not transparent," Louisville Rep. Mary Lou Marzian, (D-34) said.

"This is strictly about trying to get control of the Mayor's Office is what it is," Rep. Jeff Donahue, (D-37) said. “I don’t know why we bring things from Louisville down to Frankfort to try to fix what we consider problems there.”

The bill would also require the council to sign off on settlements and contracts over $1 million, including labor contracts, and also make it easier for the council to remove a mayor from office.

"It's clear to us, those who crafted and support certain aspects of this bill, do not believe they can win a Louisville mayoral race without this nonpartisan change," Rev. Timothy Findley Jr., a Louisville pastor and community activist, said. "The unprecedented power grab of the Louisville's Mayor Office is throwing the rule book out the window in the name of party not the people."

"The General Assembly has the power to do and to frame things to help Louisville," he said.

While that section of the bill appears to be the most controversial, it also includes parts with support. The bill would also give subpoena powers to the newly created Office of the Inspector General and Civilian Review Board. But, it is also receiving criticism.

RELATED: After hundreds of applications, Louisville mayor to review nominees for civilian review board

"If I were writing that bill I would’ve written it totally different," Metro Councilwoman Paula McCraney, (D-7) said.

McCraney led the charge for the creation of the Office of the Inspector General and the civilian review board last year. She said she knows the bodies need subpoena powers to be most effective, but wishes those policies wouldn't have been included in the bill with other provisions, like the mayoral race.

"I do not support house bill 309 in its totality," McCraney said. "The poison pill bill along with what is so great about having subpoena power for the civilian review board, just doesn’t work together.”

McCraney said she also disagrees with the language regarding the subpoena powers. The bill only gives the power indirectly, instead allowing the OIG and civilian review board to obtain subpoenas through Metro Council's Government Oversight Committee, which already has subpoena power. Although, McCraney said the bill does not "explicitly state" that Metro Council would be required to share the evidence and information with those bodies.

"I feel if you have to go through the Metro Council and their Government Oversight Committee that’s fine, but language needs to be built in that clearly states once a subpoena is issued, the inspector general is the one that could further the investigation," she said.

While it's not the set-up McCraney preferred for the civilian review board, she said it would be "better than nothing."

Nemes and Miller said the subpoena power shouldn't be given to non-elected officials.

"Subpoenas is an awesome power and in some ways it's an awful power," Nemes said. "It ought not to be given out to everyone.”

"The bill gives that power to the Government Oversight Committee because they have that power to go into closed session because many of these negotiations need to be confidential," Miller said.

Findley said he believes the subpoena power would be best utilized if given directly to the Office of the Inspector General to provide "full independence" from the executive and legislative branches.

The bill now goes on to the full House, which has a Republican supermajority.

To watch Wednesday's House Standing Committee on Local Government meeting in full, you can view it here.