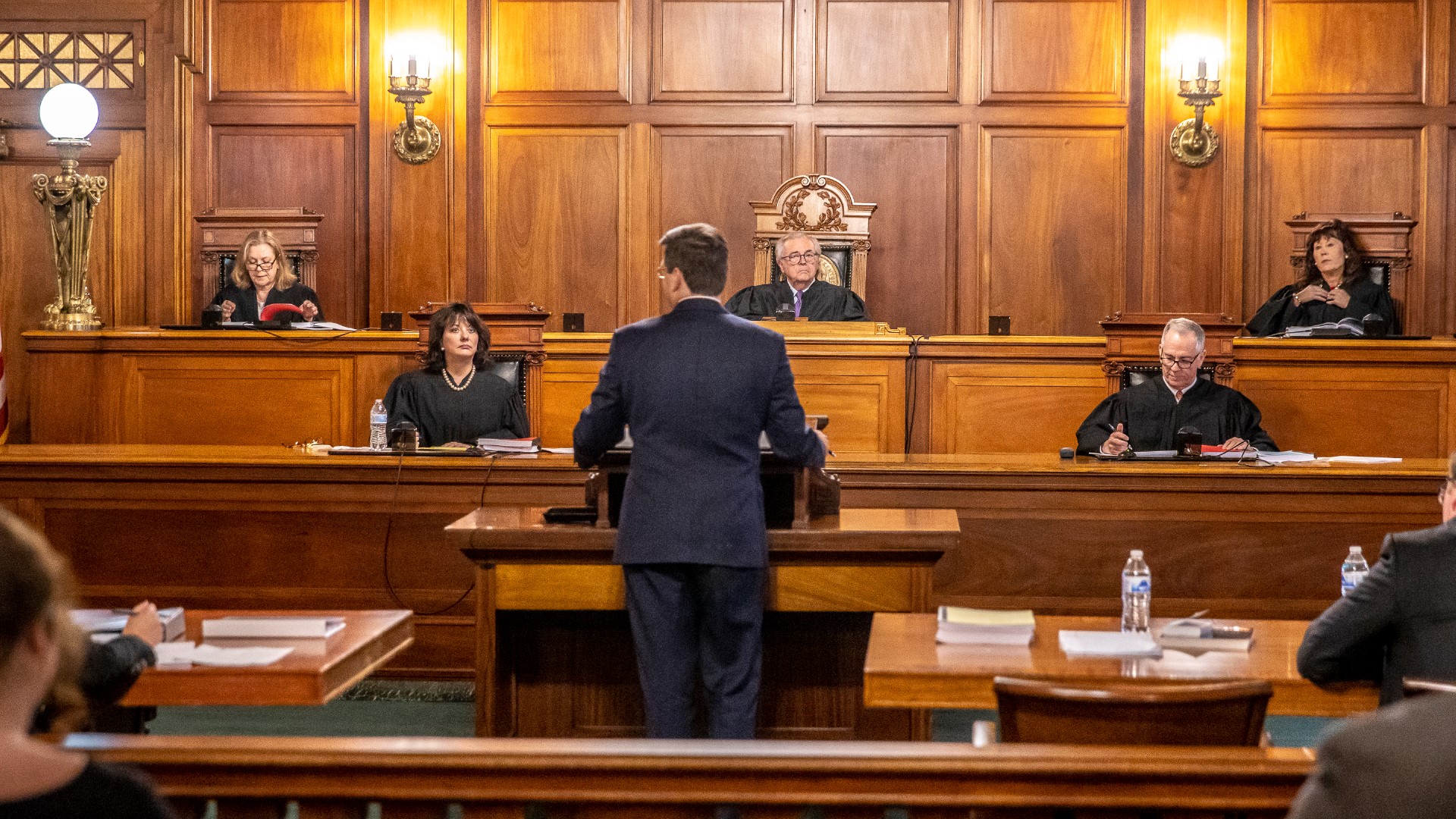 The Supreme Court heard arguments Thursday in a lawsuit challenging new laws aimed at limiting Gov. Andy Beshear’s authority to respond to the COVID-19 pandemic. The Supreme Court hearing came a day before all coronavirus-related capacity limits on Kentucky businesses are being lifted.

The lawsuit was filed by Louisville businesses, Goodwood Brewing and Dundee Tavern. Georgetown restaurant Trindy's joined in the lawsuit against Beshear's executive powers.

For one week in April – they operated without restrictions. Then the governor countered that decision.

Governor Beshear's legal team argued without his executive orders, case numbers and deaths in Kentucky would have been much higher, like in other states.

"It was because of strong executive action and having the courage to use it as well as the shared sacrifice of so many Kentuckians who understood the gravity of what we have faced," Beshear said.

The Goodwood team is arguing Beshear's orders were unconstitutional, and the court should determine if the General Assembly should be able to write the laws for the commonwealth.

But Beshear said a win by his opponent could be catastrophic.

"We have to look at if we have another pandemic and if a governor can't suspend any statutes at all can't put the steps in place what would that look like, it would look like the Dakotas," the governor said.

Goodwood owner Ted Mitzlaff acknowledged his business can return to full capacity Friday, but believes this case is important when it comes to laws moving forward.

"The last thing in the world I want to do is pick a fight with the governor, but here we are," Mitzlaff said. "So it's our belief that even though we're finally getting our restrictions lifted, we do want to make sure Kentucky's constitution is upheld and those executive orders are rescinded."

The court also heard arguments in a case attorney General Daniel Cameron brought against the governor regarding COVID restrictions.

Earlier this year, the state legislature passed a number of laws that would limit the governor's powers. Beshear vetoed them, and the legislature overrode his veto. But a judge in Franklin Circuit Court ordered an injunction blocking those bills from going into effect.

Cameron's legal team argued the courts never should have blocked those laws from taking effect because they did not have the authority to do so.

The three bills in question are House Bill 1, and Senate Bills 1 and 2.

House Bill 1 says entities like businesses and schools can open in-person as long as they follow CDC or state guidelines, whichever is least restrictive.

Senate Bill 2 would give the legislature more over sight on emergency administrative regulations.

A judge also blocked House Joint Resolution 77, which would end all executive orders, including the mask mandate.

The Supreme Court will now deliberate; there is no certain timeline for a decision.