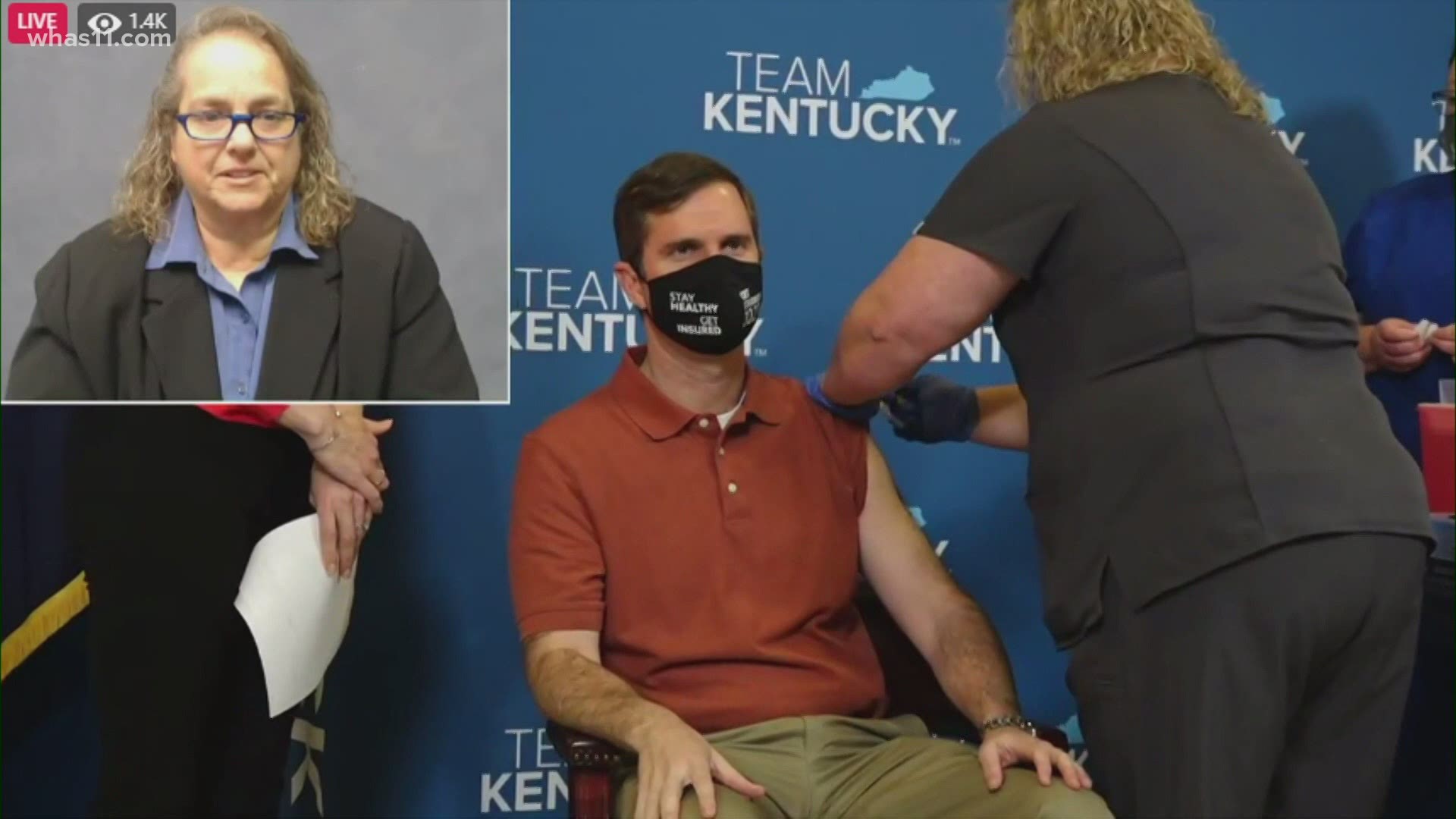 "Today, I'm pleased that we see every branch of government and the leadership coming together to do the right thing and to set the right example for the people of Kentucky," he said during the streamed event at the Capitol Rotunda in Frankfort.

"That's a lot easier than the test," Beshear joked after getting the shot.

Beshear said that he will continue to wear his mask and practice social distancing, even after receiving both doses of the vaccine.

Senator Mitch McConnell and Congressman John Yarmuth are some of the high-profile politicians from Kentucky that have taken the vaccine so far.

In a tweet, Senator Rand Paul said it was inappropriate for him to take the vaccine because he previously battled the virus and is “immune.” He further expressed young, healthy people should be among the last to receive the vaccine, not the first.