Grant Danner is a kindergartner who has never stepped foot inside his classroom at Norton Elementary. He's only seen his teacher through a computer screen. 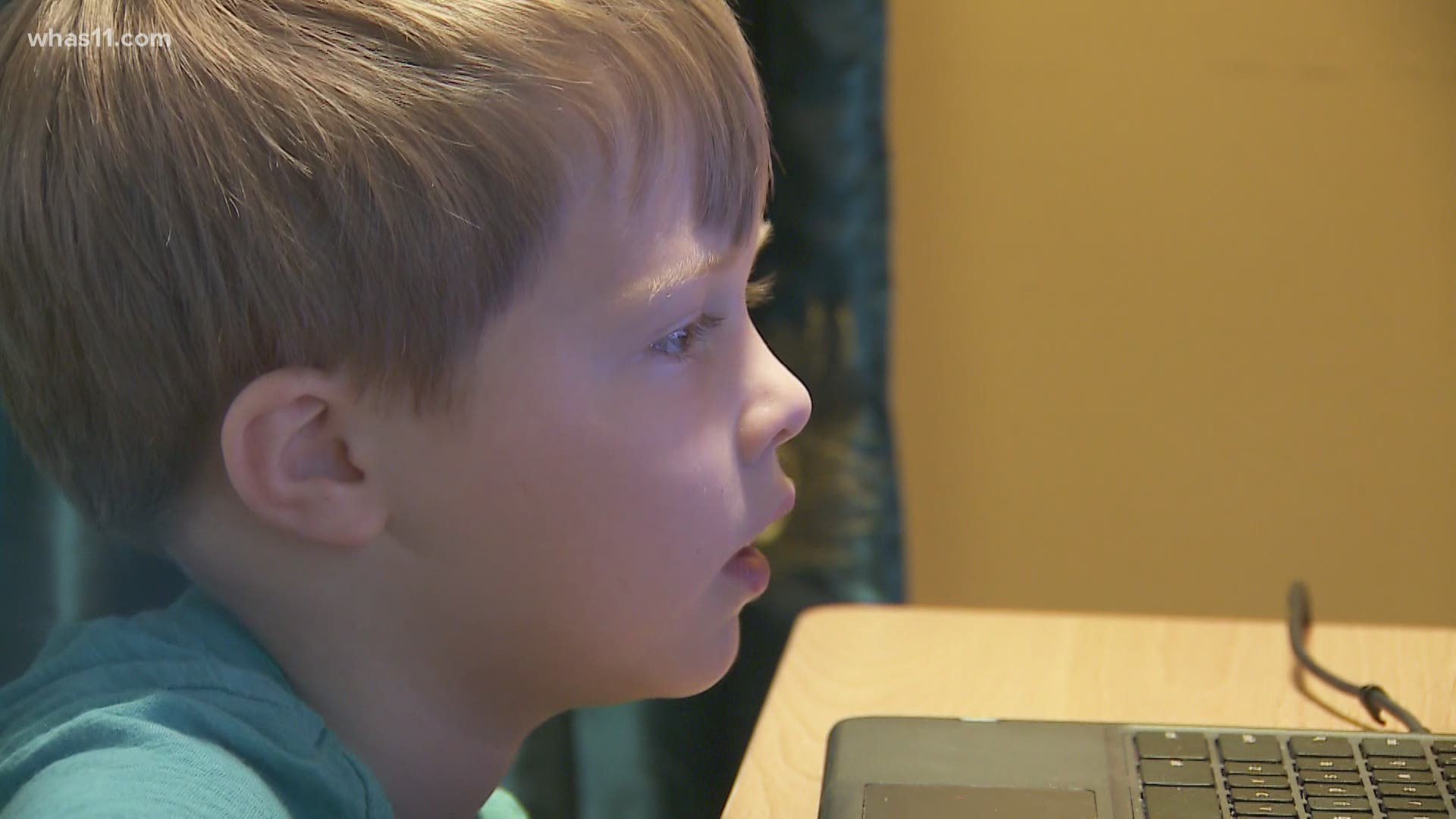 That's how long it's been since Katie Danner's two sons have been inside a classroom.

"I had a preschooler and a third-grader when we started," Danner said.

She sits at a desk with her youngest, Grant, situated in the corner of their family room. Her oldest, Bennett has taken over the dining room table. It’s a Tuesday just after 9 a.m.

Grant is a kindergartner at Norton Elementary, who’s never stepped foot inside his classroom. He's only seen his teacher through a computer screen.

"He hasn’t been in school for an entire calendar year," Danner said.

They watch a video shared by his teacher, Ms. Farmer, touring her students around the school ahead of the big day: The day they get to see her in person. Wednesday will begin a 10-week adventure at his school, unlike he's ever known.

Danner’s enjoyed the extra time spent with her kids, but like so many, she’s ready to hand it off to the professionals.

As the fog lifted around her home Wednesday morning, the checklist began.

Then, there's the obligatory 'first-day' photo on the front porch. Grant held a sign that read, 'It's our lucky day. Grant is going to in-person kindergarten.'

They pull into school and see some familiar faces.

Teachers met each car in line with hand sanitizer and a smile behind each mask. Principal Marcella Minogue greeted students stepping off the buses.

"A year later, here we are," Minogue said. "Even driving in this morning, I felt like, it's over. There's the light at the end of the tunnel. The end is near. To see them and their faces, even though they're covered in masks, is such a joy."

"You’re going to have fun today," Bennett Danner, Grant's brother yells to the back seat. As a fourth-grader, he won't return to in-person class just yet.

Credit: Brooke Hasch, WHAS
One of the many areas of the Danner home taken over by NTI.

Excited. Nervous. Emotions everyone in the car shares. It's just different this time.

"I’ve done this one other time with a kindergartener and we got to walk into the school, walked him to his physical desk and we won’t be able to do that, which will be sad," Danner said.

She stays strong as she watches him make his way into school, with friends beside him.

Schools reported no major issues, with many saying it went much smoother than expected.

Buses transported the majority of students to schools – 4,000, delivered to schools by more than 700 buses. By 5:55 p.m., all students had returned home.

Schedule for the other returning students