The family of Campbell County Constable George Hawkins has never gotten answers after he disappeared one April afternoon.

NEWPORT, Ky. — In the 1960s, northern Kentucky had a very specific reputation. The original "Sin City," Newport was controlled by the Cleveland Mafia.

"They really owned everything in Northern Kentucky from, pardon my French, the whorehouse to the state house," author Peter Bronson said.

It is said law enforcement stayed out of the mafia's way, but Kentucky Constable George Hawkins refused to give in.

"The gangsters in Newport wanted to rope him in, shine a bad light on him, make him leave them alone," Hawkins' daughter Judy Barber said.

When Hawkins went missing in 1961, all signs pointed to something sinister. But he was never found, and his case remains unsolved.

Chapter One | The 'Egg Man'

Known as the 'Egg Man,' Hawkins was a well-liked constable who lived with his family in a modest apartment above his general store.

"He had been an elected constable for 20 some years," Barber said. "[He] ran the store — it was a general store, had everything from soup to nails."

Barber said she remembers her father splitting his time between his duties at the store and resolving any county conflicts. Constables have the power to arrest, execute warrants, subpoena and more, giving Hawkins similar power to a sheriff.

It wasn't uncommon for Hawkins to get called away, but his daughters knew something wasn't right one April afternoon. He called to say he was heading home, but never showed up.

"We closed the store and went out driving around, looking everywhere he might be, didn't find a thing," Barber said.

Relatives and friends went out to help the family, but Hawkins was never located. The man with footprints on all corners of the county was nowhere to be found.

"We got a call that they found his car on the banks of the Ohio River in Dayton, Kentucky," Barber said.

Hawkins' keys were still in the ignition, with half a tank of gas left. The car was washed out with muddy water.

Barber and her sister Anita said no police agencies asked any questions, and detectives did not dig into their father's disappearance.

"If they knew it was an organized crime hit there would be no appetite for following up on that at all," Bronson said.

Even a private investigator Barber contacted would not pick up the case.

The family said no one investigated their father's death for decades...until the river washed up something police could not ignore.

In 1980, a skull washed up on the banks of the Ohio River near Newport.

"It had been crushed on top by a long, deep depression, that showed a fatal head wound...as of walloped by a heavy pipe or tire iron," Bronson said. "Detectives believed it was the last remains of Constable George Hawkins."

Bronson details Newport's time under the Cleveland mob in his book, "Forbidden Fruit: Sin City's Underworld and the Supper Club Inferno." During his research, he stumbled across Hawkins' story — and a common theme.

"There was numerous people who came to Cincinnati or Newport who went missing and were never found," Bronson said.

Those disappearance likely link back to the mafia and a terrifying tradition.

"At the time, there was a treatment that was called giving them a 'Newport Nightgown,' which was to wrap them in chains, attach it to a concrete block and then thrown off a bridge," Bronson said.

When Hawkins' daughters got word of the skull discovery, they dropped everything to find answers.

"We had the DNA from us, and we exhumed my grandmother Hawkins to get her DNA," Barber said. "Ended up it didn't match."

The family was devastated, losing hope on finding any closure.

Four decades later, the family is no further in their search. No remains have washed ashore, no leads have furthered the case.

Hawkins' daughters are still hanging on to the one piece of the dad left behind, his badge...hand-delivered to a deputy years after his disappearance by a man connected to the mob.

"You have to appreciate just how powerful they were and how corruption was taken for granted," Bronson said.

Bronson said there was no doubt Hawkins' death was a mob hit, believing his remains are likely at the bottom of the Ohio River.

"I've got a lot of questions when I get to heaven," daughter Anita Boyer said.

The family said Kentucky State Police have been in touch with them about the case in recent years, though the UNSOLVED team could not confirm that through the agency.

"I think it would be nice if these law enforcement agencies in Kentucky had taken this more seriously, and redeemed themselves now by at least trying to redeem his story or give him the credit he deserves as a law man to have his death investigated," Bronson said.

Still, the family continues hoping for a miracle, a chance to get answers and at least have a place to bury their father.

"God never puts anything more on us than we can handle, but dang gone, my shoulders are tired," Barber said.

Bronson further describes the violent history of Newport, including a fire at the Beverly Hills Supper Club that killed 165 people, in his book. For more information, click here. 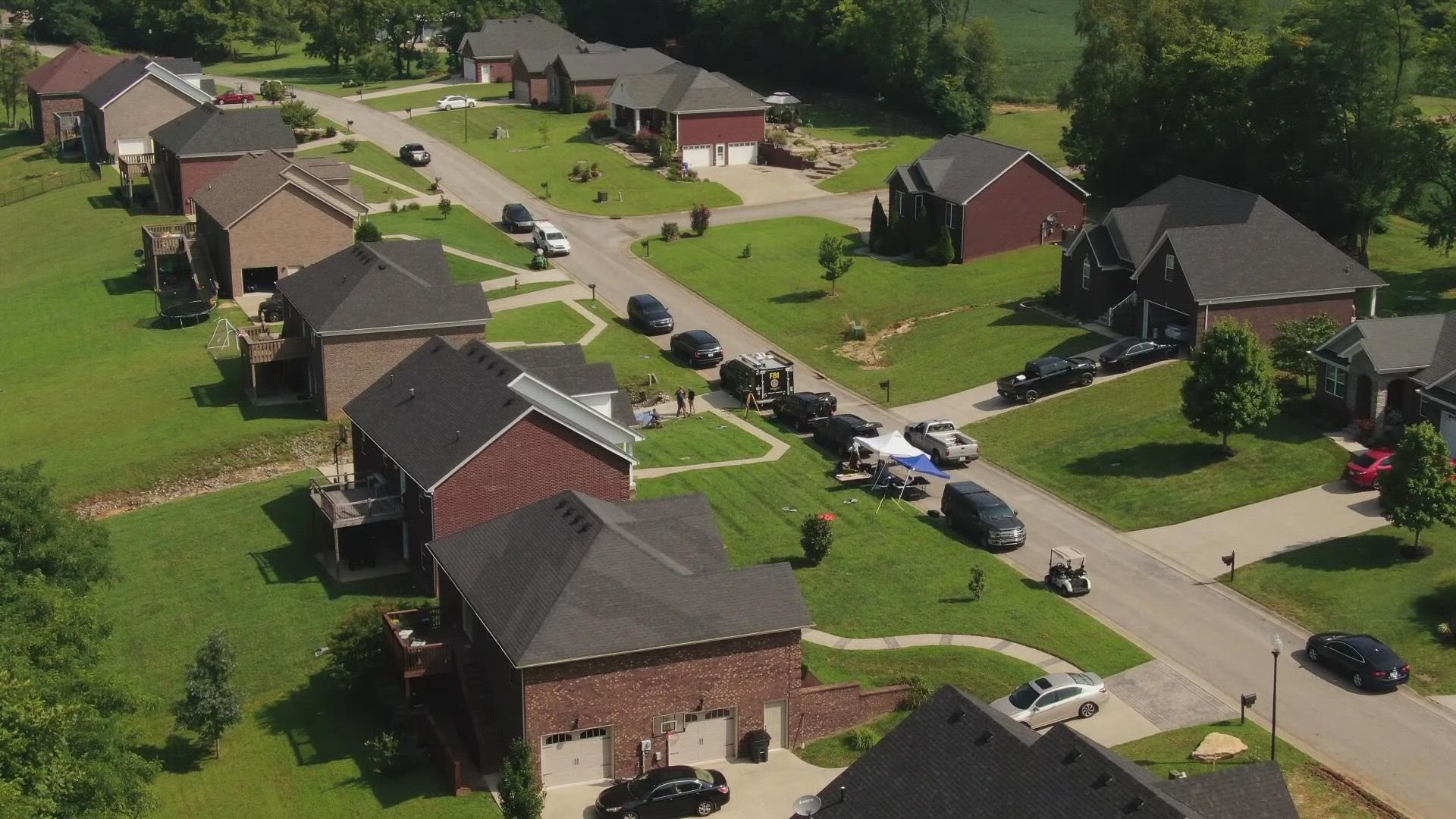