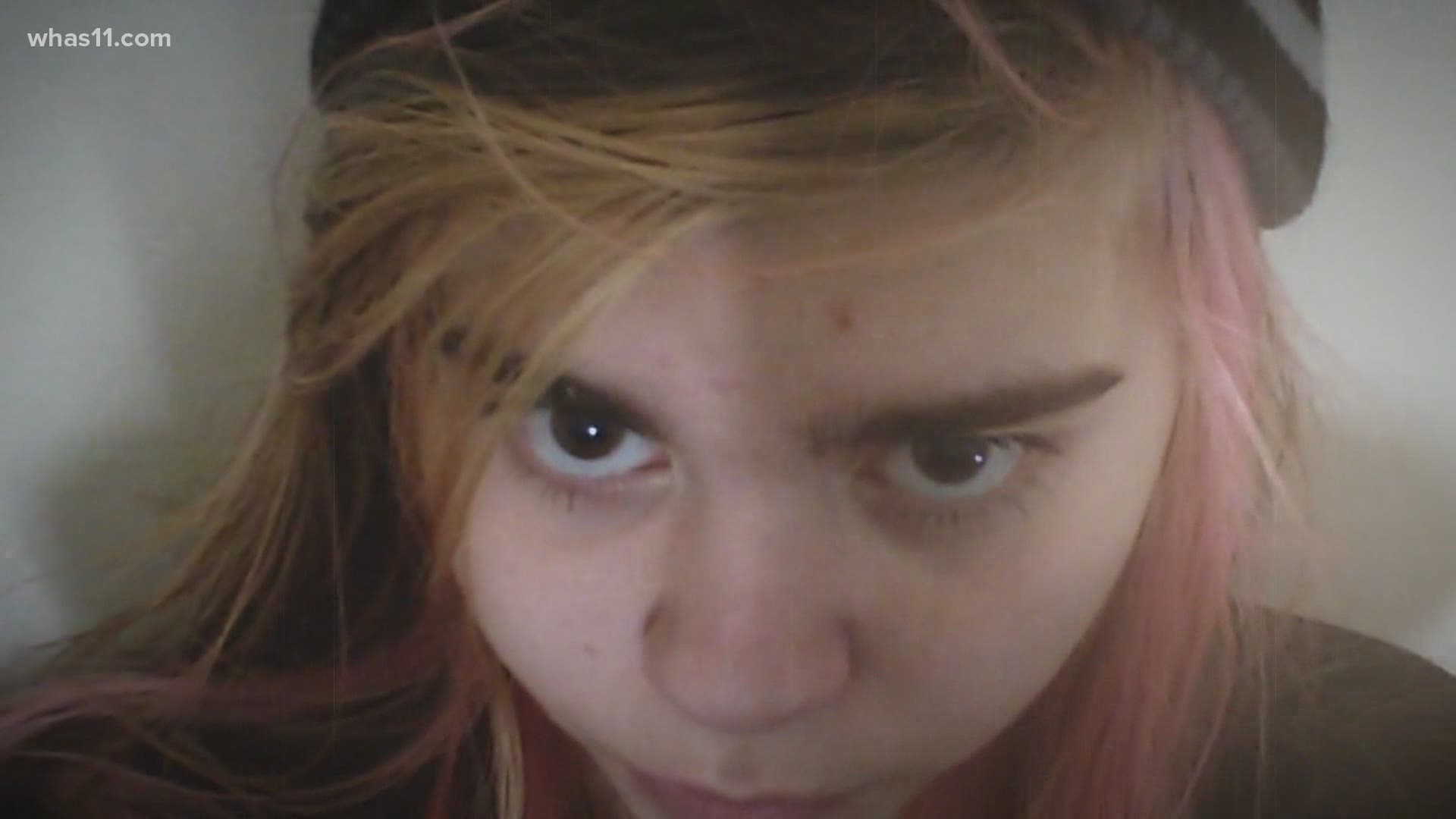 LEITCHFIELD, Ky. — Savanna Crawford was known for wandering the streets of her small Grayson County town after school, often stopping to check in with her mom before heading out. She always came home, until one night in April 2017.

When a missing person is reported to the Leitchfield Police Department, officers are often able to find someone by the end of their shift, but Savanna Crawford's case felt different from the start.

Detective Kevin Smith said the 16-year-old was known to walk around town every day.

"Every day, she would come home from school, check in with her mother and then she would go out and walk," Smith said. "This child would covered several miles a day. She would walk around listen to her music."

When she wasn't home at her usual time, her mother became concerned, immediately calling the police to report Crawford missing. The night shift officer led the search, expecting to find her quickly. But night turned to day and Crawford was nowhere to be found.

"There was just something about this case that didn't seem right," Smith said. "We were crossing every 'T' and dotting every 'I' that we could think of."

"During that time we received hundreds of leads, hundreds of people who said they had seen her, from as far away as other states," Smith said.

Still, officials were unable to find anything substantive. As the days turned into weeks, Crawford's family started to lose hope of a happy ending.

"We kind of felt like, 'Are we ever going to find her? Is she going to be alive when we find her,'" family member Ashley Akridge said.

Smith, lead investigator on Crawford's case, said he felt like the department had done everything they could to bring resolution, with no answers.

"We worked so hard," Smith said. "We did everything we knew to do. We asked for outside help. I feel like I did everything I could to find this child."

Then, as spring turned to summer, the search took a terrible turn.

As the seasons changed, so did habits. Months after Crawford went missing, a father and son took a fishing trip that led them to a Hardin County bridge. When they looked over the edge, they saw a body.

"There were two gentlemen walking across the Nolin bridge on Highway 84, and they happened to look over the edge and saw skeletal remains," said Shana Norton, Hardin County Deputy Coroner.

The two called 911, where Norton was one of the first to respond to the scene 18 miles away from where Crawford was last seen alive.

"She's found down in this river creek bed with nothing else around, so we automatically think, Is a homicide? Did she fall? Was she thrown off the side of the bridge? At this point, it's anything we could think of," Norton said.

Norton's team took note of everything, saying Crawford was completely skeletonized, still dressed in all of her clothing. The only thing they found of note was money beside the body.

"No cell phone, no wallet, bag, backpack, anything like that," Norton said.

Using dental records, investigators confirmed the body was Crawford. They were hopeful further examination would bring more answers as to what happened, but Norton said there was nothing.

"When the autopsy comes back, she had no broken bones that were visible on x-ray, or visible by the pathologist," Norton said. "There was nothing. No bullet holes, no fractures, no nothing. Nothing."

Crawford's family was notified, but with no clues to what happened, Smith said investigators were unable to bring the closure they hoped to provide.

"Some people will say well they had closure -- they found her. No, they didn't have closure," Smith said. "They still lost their baby, their daughter, sister, granddaughter. And they don't have an answer as to how or why."

With the money beside her acting as the one and only clue collected as possible evidence in the case, Crawford's family said they were desperate to fill in the blanks.

"I just feel like everybody is giving up but I don't want to give up," Akridge said.

Smith is not ready to give up either, promising to never stop searching for answers.

"Somebody knows how she got from Leitchfield, Kentucky to where she was located in Hardin County," Smith said. "This is not a case that you put in a drawer and forget about. Its not going to happen."

Investigators continue to search for more information on what happened the night Crawford went missing. Anyone with information that could help is asked to report it to any law enforcement agency.

"A death certificate can always be changed," Norton said.