Lisa Green was last seen in June 2014. Her family is continuing to push for answers despite a lack of leads. 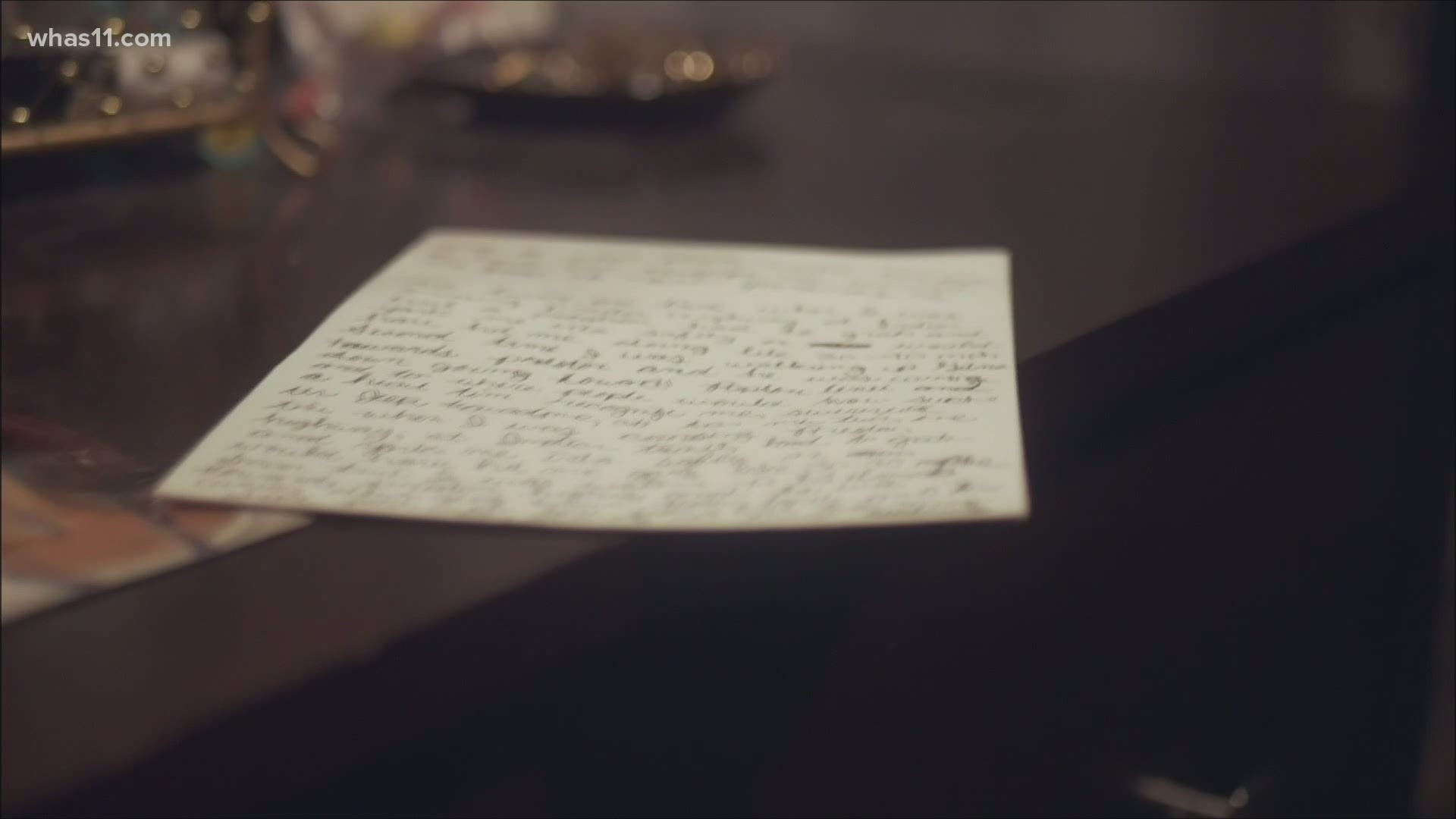 LOUISVILLE, Ky. — More than six years ago, Lisa Green walked onto her father's back porch. A warm June afternoon, Green's family thought nothing of her going outside. But this time was different.

Green's family never saw her again — left with no answers and little hope. Now, they're leaning on a letter found hidden in her bedroom after the disappearance.

Cradling an old photo of Green holding her daughter, Leah Comer talked about the difficulties of continuing life without her big sister.

"She'll never get her hugs or her 'Hey, how you doing,' she got robbed of that and it's not fair," Comer said.

While life has not stopped for Comer since her sister's disappearance, the mother of two hasn't stopped looking for answers.

Green never came back inside. After the family couldn't find her for more than 48 hours, they were finally able to file a missing persons report with LMPD.

"What we have to decide is are they missing, or did something sinister happen?" LMPD spokesperson Dwight Mitchell said.

Detectives collected DNA samples from Green's room, but nothing came of it.

"My dad gave her Lisa's hair out of her hairbrush, a piece of Lisa's clothing. We'll put this in NamUs, run her, and we'll see what we can find…nothing," Comer said.

When searching through Green's room, though, the family found something that could help answer their questions.

"We all come over to my dad's and went into her bedroom and found a note that she had wrote that if anything happened to her, this one certain person had said he would try to hurt her," Comer said.

The note, written on the back on an envelope and hidden away, named a friend of her and her boyfriend's as someone who might hurt Green.

"I think she knew something was going to happen to her, and I think she wanted that piece of evidence right there for us to be able to say, 'Hey, this is what's going on,'" Comer said.

But police said while he may have been a person of interest, they would need proof to make him anything more.

"Sometimes, what may be evidence is not evidence unless you have something else to corroborate it with," Mitchell said. "Certainly we would look at that and look at those individuals that may be, but you also have to have a time and place to put them there."

Green's family would post flyers, hoping for help only to see them be torn down. Just as they hit roadblocks, police could not find a lead to ever lead to Green.

"We hope that they're safe and sound and just decided they didn't want to live the life they were living anymore," Mitchell said. "Unfortunately, sometimes that can end in tragedy."

Now, the family prepares for yet another holiday season without Green.

They continue to face a reality that's too painful to put into words, holding onto memories. Comer said her father keeps waiting, hoping one day she will walk back into the house.

"As bad as we want her to come home, I don't think she's going to," Comer said.

Comer believes her big sister died the day she walked out of the house, questioning why her boyfriend and his friend have had no contact since her disappearance.

Afraid her sister's case might have been brushed away due to her background, Comer is hoping someone might have information to help give her family the answers they need.

Anyone with information that could help investigators is asked to call LMPD's anonymous tip line at (502) 574-LMPD.

RELATED: 'You fail every day you don't find her' | Family continues search for missing Louisville mother