Centers for Medicare & Medicaid Services terminated its agreement with the facility, citing non-compliance with federal requirements. 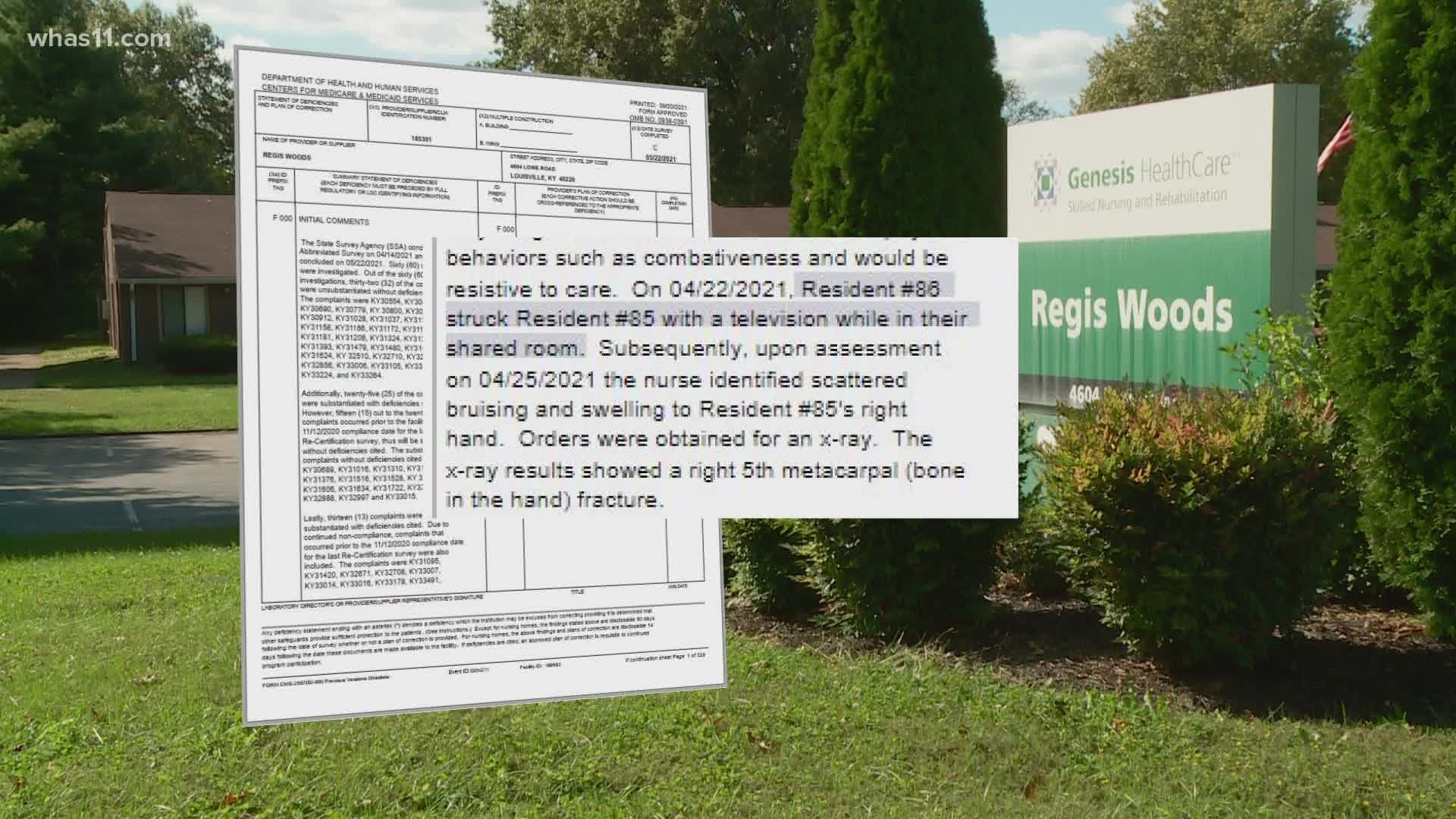 ST REGIS PARK, Ky. — Federal investigators found dozens of violations at Regis Woods earlier this year. Staff at the nursing home and rehabilitation facility were slow to respond to calls for help and home to dangerous fights between residents, according to a survey from the Department of Health & Human Services.

Centers for Medicare & Medicaid Services then terminated its agreement with the facility, citing non-compliance with federal requirements.

"It's the suddenness of it," Jackie Waldon said. She packed up her 99-year-old mother's things on Saturday, without knowing their final destination.

"Today, we don't have a place designated for my mother to go," she said. Her mother was in the hospital at the time, and couldn't return to Regis Woods.

Residents without children are left in even more of a limbo. "I mean, we're supposed to already be gone," resident Robert Catron said, sitting in his wheelchair.

As of Saturday, 103 residents were relocated while 9 remain in the facility, according to Regis Woods and Genesis Healthcare spokesperson Lori Mayer.

She explained, "Regis Woods will continue to care for the remaining residents under the direct supervision of the State until Adult Protective Services is able to safely transfer the remaining nine residents to facilities that can accommodate their clinical needs."

Still, families say they've had difficulty finding new homes for their loved ones within the Louisville area.

Jackie Waldon said her mother has continuously been "declined" by nearby facilities.

Robert Catron said the same for himself.

You can read the complete release from Regis Woods here:

"The Centers for Medicare and Medicaid Services (“CMS”) terminated Regis Woods' Medicare Provider Agreement effective September 16, 2021. Regis Woods, in coordination with the KY Office of Inspector General, is facilitating the orderly transfer of residents after meeting with residents and families to discuss the best possible transfer locations. In accordance with the CMS termination letter, Regis Woods would remain open until October 16, 2021, but the deadline was extended to November 16, 2021 to accommodate a smooth transfer for each resident.